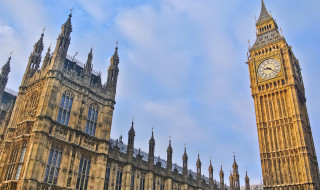 Helen Jones opened the proceedings by stating that the petition was prompted by ‘a real concern over the rising levels of obesity, particularly among children’, and cited dental decay as ‘the biggest reason for childhood hospitalisation’.

The Labour MP stated that little had been heard of the Government’s current programmes to tackle obesity, and that measures from the food and drink industry to voluntarily reduce sugar in their products ‘isn’t working’.

The clear message from Helen Jones was that the introduction of a 10-20% tax on high sugar drinks was an important part of a ‘coordinated national strategy to ensure people are healthier in the future than they are now’.

The Commissions Committee scheduled the debate to coincide with the 30 November publication of the report, Childhood obesity – brave and bold action, by the Government’s Health Committee, which supports the introduction of a 20% levy on high sugar soft drinks.

Dr Wollaston, chair of the Health Committee, led the second half of the debate, agreeing with Helen Jones that ‘no single measure [for tackling childhood obesity and tooth decay] is the answer’, and that a 20% tax on sugary soft drinks is ‘an important part of the overall strategy’ to lower sugar consumption.

As well as the introduction of a sugar tax, the Health Committee looked at super market promotions on sugary drinks, product labelling, information and education, school food standards, and the role of local authorities.

Facing the argument that education is the most important factor in lowering sugar consumption levels, Conservative MP Dr Wollaston countered that ‘delivering education alone doesn’t provide the solutions you think it would, but it is part of the overall strategy’.

Stating that ‘it is woeful that we are not doing more to tackle dental decay’, Dr Wollaston suggested that the public would be more likely to get behind a sugar tax if the proceeds were used to help children in the most deprived areas of society, and where obesity and dental decay are most prolific.

The MP also said that there was ‘a compelling case’ for the introduction of teaspoon icons on packaging to indicate the number of teaspoons of sugar present in food and drink.

Closing the debate, Dr Wollaston commented: ‘We can do extraordinary good for our children’.

‘I hope the Government will be bold and brave, and recognise the importance of the health of our children’.

We hear from Barry Buckley about Spotlight Oral Care, how it launched and how it’s trying to shake up the…