Should we have a sugar tax? 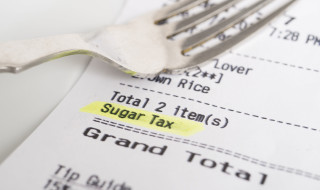 Should we have a sugar tax?

Michael Watson compares the public opinion over fluoridation and a sugar tax.

Public opinion is an odd thing.

Suggest that children’s teeth would be protected by adding one part per million of fluoride to the drinking water and people are up in arms, meetings, petitions, lobbying you name it.

If you live in Scotland, just forget it ever since the judge Lord Jauncey, declared in 1982 that fluoridation was illegal.

But fizzy drinks manufacturers can put seven or eight spoons of sugar in your child’s drink and they don’t even have to tell you.

The best we have by way of protest is an e-petition with over 150,000 signatures calling for a tax on sugary drinks, which will be debated in Westminster Hall on 30 November.

But Dr Sarah Wollaston MP, who chairs the Health Committee, is out to challenge the sugar lobby.

Her committee’s report, also published on 30 November, has called for labelling of single portions of products with added sugar to show sugar content in teaspoons and a sugary drinks tax (of 20%) on full sugar soft drinks, in order to help change behaviour.

The committee also wants ‘bold and urgent action’ from the Government including strong controls on price promotions and tougher controls on marketing and advertising of unhealthy food and drink, as well as a ‘centrally led reformulation programme to reduce sugar in food and drink.’

Now the committee’s investigation, including evidence from chef Jamie Oliver, centered on childhood obesity, but its conclusions and recommendations apply with equal force to dentistry.

Ever since the notorious Vipeholm experiments in the 1950s, sugar has been enemy number one as far as the dental profession is concerned.

But not everyone is convinced.

He said: ‘No-one seems to have considered hard-pressed consumers in all this.

‘As a result of the arbitrary new tax recommended by the committee, which would leave consumers paying significantly more, every week, for the products they love.’

The kids might be leaner, fitter and have better teeth, but don’t interfere with parents’ right to stuff them full of sugar.

The Government has promised a ‘comprehensive strategy’ but, in the past, they have always opposed levying a sugar tax or tougher controls on the industry.