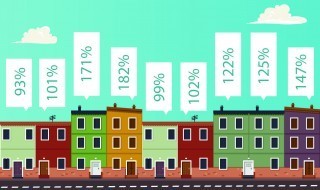 Mediestates is in agreement with the comments made by Alan Suggett in the report on practice goodwill values for NASDAL (National Association of Specialist Dental Accountants and Lawyers).

We have recently completed on a predominantly NHS practice where the price achieved was substantially higher than the average practice values published, equating to 184%.

With the largest number of registered dentists looking to buy a practice in the UK, along with our pro-active marketing campaigns, we are still seeing the goodwill values continue to rise as demand outstrips supply.

Practice location: located close to the centre of a major commuting town on the south coast, there are commuter links directly to the city of London and surrounding areas. The practice has been established since the 1920s and was acquired by the current owner in 2002. It benefits from shops, services and a high-end designer outlets within the immediate vicinity, which results in some passing trade.

Type of practice: this is a four-surgery, fully private practice, which had a substantial freehold as part of the sale.

Buyer appetite: of the 4,000+ buyers registered with Mediestates, 207 buyers expressed an interest in this practice and received the full information pack. This, along with the 1,828 web views, gained substantial buyer interest in the practice. From the marketing, 12 different buyers had viewings arranged with the vendor. After these viewings, numerous offers for the practice were received, which ensured the asking price was achieved.

Incoming purchaser/reason for sale: the vendor’s choice of buyer specifically came down to the many shared values they had with the incoming purchaser. This allowed an easy transition of the business to the new owner and a speedy process, with the sale transaction going from ‘offer received’ to ‘completion’ in just five months.

Financials: the practice generates annual fee income of £385,631, of which 31% is practice plan and the remainder fee-per-item, producing a profit margin of 38% (before adjustments). The co-principals (husband and wife) work three days each per week, along with an associate working two and half days per week. The staffing levels at the practice are as expected with a receptionist, three nurses and a practice manager, albeit the rates of pay are higher for the dental nurses than the average rate for the area.

Price achieved: £695,000 inclusive of freehold, goodwill, equipment, fixtures and fittings, which is in line with our valuation.

Practice location: the practice was established in 1979 and is located in a prominent position within a pedestrianised sector of the city centre, benefitting from nearby pay and display car parks as there are is no on-site parking.

Type of practice: this is a four-surgery, mainly NHS practice, which is being sold with 13 years left on a low lease.

Buyer appetite: of the 4,000+ buyers registered with Mediestates, 421 buyers expressed an interest in this practice and received the full information pack. The levels of interest were substantially high, with buyers falling over themselves to view the practice. The vendor had 39 viewings over three weekends, such was the demand. After these viewings, numerous substantial offers for the practice were received, which in effect, resulted in multiple bids by buyers for the practice, driving the sale price up.

Incoming purchaser/reason for sale: with the number of high offers coming in for the practice, the vendor had a multitude of choice of whom to sell to. He decided to sell to a dentist who owned another practice within 10 miles of this site, as he felt the buyer had a feel for the area, and would continue in his foots steps rather than make wholesale changes after his retirement. The whole process, once the practice was in SSTC (sold subject to contract), took eight months to complete, which fit well with the retiring dentist wanting to totally cease his clinical duties.

Financials: the practice generates an annual fee income of £775,706, of which £747,706 is NHS. The NHS contract is GDS and is to fulfil 23,048 UDAs, giving an extremely high UDA rate of £32.44. The remaining private element is carried out by the outgoing principal. The UDAs are fulfilled by the principal who does two days per week and three associates who all work five days per week. Staffing costs are slightly higher than normal due to pay rates as nurse staffing levels at the practice closely mirror clinical time. The lease on this practice is low at £12,000 per annum and was re-assigned to the incoming buyer with 13 years left.

Price achieved: £1,472,479 for goodwill, equipment, fixtures and fittings, which is slightly higher than our valuation due to the interest in the practice.

Practice location: originally established in 1959, this practice has been owned by the current principal for over 30 years. It resides amongst numerous commercial properties in a large residential area and benefits from free on-street parking.

Type of practice: this is a three-surgery, mixed practice, with a two-storey freehold (valued at £225,000) as part of the sale.

Buyer appetite: the specifics of this practice matched the buying specification of 279 buyers registered with Mediestates, whom all received full details of the practice. The web views through the Mediestates website on this practice reached 908 within two weeks of appearing online. Eighteen viewings were requested from buyers interested in the practice, which resulted in eight offers received, two of which were over the asking price.

Incoming purchaser/reason for sale: emigration was the sole reason for the vendor selling the practice, with the incoming buyer going into practice ownership for the first time after nine years working as an associate. The timeframe for completion was tied in to suit the vendor to assist his emigration plans, and completed in eight months.

Financials: the NHS contract of £34,523 makes up 12% of the total practice income of £291,020, with the remainder fee per item. This income has increased by 5% compared to the previous year, yet the costs of the practice have remained the same as the previous year, thereby increasing profit levels to 34%. The practice generates this income over a 4.5-day week, with the current principal working all of these days, along with an associate working one day and two hygienists working part time. There are two nurses (both with the practice for over six years), a trainee nurse and a receptionist employed at the practice.

Price achieved: £536,000 inclusive of freehold, goodwill, equipment, fixtures and fittings, which is in line than our valuation.