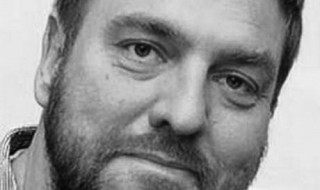 Henrik Overgaard-Nielsen has been elected as the new chair of the General Dental Practice Committee (GDPC).

The committee claims to represent and promote the interests of dentists in all types of general practice, and works to improve communication between them, enabling coherent policies to be developed and promoted on behalf of the profession.

‘I am honoured to have been elected as chair,’ Henrik Overgaard-Nielsen said.

‘Whilst we need productive working relationships with the Department of Health and NHS England, I am determined to stand up for the profession and to make sure that our views are heard.

‘When it comes to contract reform, we need a faster pace, much more clarity, guarantees that practices will be viable in the transition period, and less interference.

‘The department and Government owe as much to our patients and our profession and I will make sure that the GDPC pushes to make that happen.’

The new chair is a general dental practitioner, based in Fulham, Greater London.

He previously served as vice chair.

‘We need a reformed contract that can work for dentists and patients in the real world,’ Henrik continued.

‘But this job is more than just about contract reform.

‘We need to represent the profession effectively across the UK and across a wide agenda – we need fair and proportionate regulation, including a GDC (General Dental Council) that’s fit for purpose, we need a system for setting our pay that works, and we need real clarity on what is actually available on the NHS.

‘I look forward to taking forward the whole of this agenda on behalf of our profession.’

Richard Emms, from north Yorkshire, and Dave Cottam, from Birmingham, have also been elected to serve as the committee’s vice chairs.