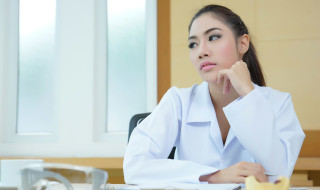 Dentists are almost twice as likely as the general population to feel dissatisfied with life, a survey on their personal well-being suggests.

The research, carried out by the British Dental Association (BDA), found that dentists rated their levels of satisfaction with life, happiness, and whether the activities they engage in seem worthwhile, at much lower levels than the wider population.

‘It’s hardly surprising that dentists are stressed – just providing good dental care for our patients and managing their increasing expectations within a shrinking budget is challenging,’ chair of the BDA’s Principal Executive Committee, Mick Armstrong, said.

‘Inevitably job satisfaction will suffer when you also factor in the multiple layers of unnecessary bureaucracy and targets that dentists have to face.

‘If that wasn’t enough, dentists now practise under the shadow of litigation and arcane, over-zealous regulation.

‘In the past, GDPs could reasonably expect to follow a well-trodden career path from being an associate to practice owner, but for most young dentists that certainty has been blown away.

‘It’s not that rosy either for those who are established as more dentists contemplate leaving the profession early due to unfulfilling careers, or ill health.’

Among community dentists, almost half (47%) of those surveyed last summer reported low levels of life satisfaction.

A similar proportion (45%) reported low levels of happiness and 55% said they experienced high levels of anxiety during the day before they took part in the study.

The survey, based on 481 responses from community dentists and 903 from general dental practitioners (GDPs), sought to measure dentists’ perceptions of their own well-being using four indicators developed by the Office of National Statistics.

‘Commissioners, managers and regulators would do well to heed these warning signs and we urge them to design contracts and systems that assist dentists in delivering high quality care to their patients and to provide understanding and support where difficulties arise,’ Mick Armstrong said.

As many as 44% reported low levels of happiness and around six out of 10 said they experienced high levels of anxiety on the day prior to responding to the survey.

Among GDPs, the BDA researchers also observed a significant reduction in levels of personal well-being across all four indicators between 2013, when the BDA first started monitoring this, and 2014.