Michael Watson questions what is available under the NHS? 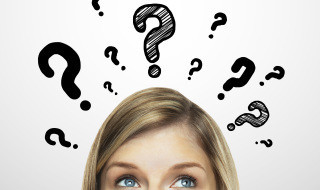 Michael Watson questions what is available under the NHS?

Last month Which? launched a campaign to ‘clean up dental costs’, with a lurid picture of a sweating patient being attacked by an ice-pick wielding dentist.

So far it has attracted over 19,000 signatures.

It calls on NHS England and regulators to make sure all dentists comply with existing rules and make information on prices clearly available.

Further it explains that dentists need to explain the treatment options properly and make sure patients know whether or not their treatment is available on the NHS.

It begs the question however, what is or is not available under the NHS, a point made by, amongst others the British Dental Association (BDA) and the FGDP(UK), both of whom have complained about the complexity of the system.

NHS Choices says about what is available: ‘All the treatment that your dentist believes is necessary to achieve and maintain good oral health is available on the NHS.’

The chief dental officer, Barry Cockcroft, has come under fire for not enlarging on this, but why should he?

The dentist in the surgery is surely best placed to explain face to face with a patient what treatment is or is not clinically necessary.

It is well established that the NHS does not cover adult orthodontics, implants in primary care or treatments such as tooth whitening, which all improve appearance but are not clinically necessary.

The snag comes from a sentence in the Which? campaign that says: ‘Your NHS dentist is not allowed to refuse you treatment that is available on the NHS and then offer it to you privately instead’.

And statements such as ‘the NHS doesn’t pay for root treatments’ or ‘the NHS only allows me to do one crown’, are a short cut to a fitness to practise hearing at the General Dental Council (GDC).

So what is to be done (if anything)?

The decision as to what is covered by the NHS is one for NHS England, but three months before an election, no politician wants to be seen as restricting the scope of the service.

So NHS England could simply say that all treatments (except those above) are available.

It doesn’t matter what material is used, so amalgam or composite for any filling wherever in the mouth, dentures in acrylic or chrome, crowns all metal or porcelain bonded.

It doesn’t matter whether the scaling is done by a dentist or hygienist they are available under the NHS.

Is that what those shouting for a list of available treatments want?

I don’t think so.

They want only amalgam or non-precious metal crowns available for posterior teeth, acrylic dentures not chrome under the NHS, and so on.

But be realistic, if NHS England agreed to such a list, there would be a cost to dentists in the form of a cut in contract values.

All measures to restrict the availability of NHS treatment end up as cost cutting operations – a thought to ponder this week.