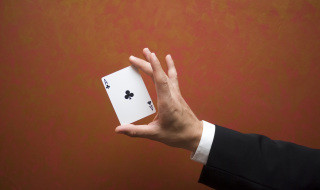 Nikunj Sondager takes a look at how cavities can often be made unnecessarily larger because of a false perception.

Do dentists make larger holes than they need to? One of the most important tools for dentists are the eyes; they help us look for signs of disease and conduct treatment. Unfortunately, visual illusions have the potential to affect the care provided.

A study suggests that the visual illusion, called  the Delboeuf illusion, makes the holes created by dentists appear smaller than they actually are. As the practitioner perceives the holes to be smaller, they usually continue to excavate, producing a cavity larger than necessary.

Delboeuf illusion is one that indicates that the surrounding of an object affects its perceived size. This can be simply visualised when a small circle (let’s call it the ‘test’) is surrounded by a larger circle (called the ‘inducer’). This consequently causes the ‘test’ circle to appear smaller than it actually is (Figure 1).

This principle applies for any shapes, but is more significant in those that are similar. When the size of the surrounding shape is 1.5x or more greater than the enclosed shape, the enclosed shape will consequently look smaller.

The Delboeuf illusion can be applied, when a dentist creates a cavity during a root canal procedure. Here, the dentist will make a cavity that will reflect the test circle in our example. With this, the dentist is also visible to the cut face of the root, at the occlusal surface, which would act as the inducer. Provided the ratio is sufficient, this relation will cause the cavity created to appear smaller and cause the dentist to make a cavity larger than required.

Researchers of this study decided to carry out a simulation, instead of a clinical trial, as it would be unethical to expose patients to such visual error. Highly experienced endodontists were asked to prepare a conservative cavity in a number of real teeth.

Results concluded that the holes created by the endodontists were on average 16% larger in the long axis and 23% larger on the short axis. This showed a strong indication that they were affected by the Delboeuf illusion.

The Delvoeuf illusion is a term used for an optical illusion of relative size perception. It was named after a Belgian philosopher, mathematician, experimental psychologist, hypnotist and psychophysicist, Joseph Remi Leopold Delboeuf (1831 – 1896), who created it sometime in 1887 or 1888.

This raises the question that if the Delboeuf illusion can be accepted to cause dentists producing larger than required cavaties, during root canal treatments, then there are chances that such a visual illusion can affect other procedures.

To combat against dentists becoming influenced by such visual illusions, they can begin by simply becoming aware of the affects of such a visual illusion and also to have a more thorough analytical attitude when carrying out treatment.