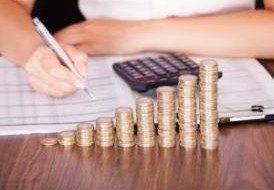 Ministers said they did not normally comment on proposals made by the likes of the GDC, which it acknowledged is an ‘independent body’.

But they pointed out that the Government had set out its position on professional registration fees as far back as a document put out in February 2011.

This stated: ‘The department would not expect registration fees to increase beyond their current levels, unless there is a clear and strong business case that any increase is essential to ensure the exercise of statutory duties.’

Health minister, Dan Poulter, also revealed that five MPs had been in touch to raise concerns about the proposed increase – from £576 to £945 a year, a rise of 64%.

The British Dental Association (BDA) has also registered its opposition with the department, having called for only an inflation-linked rise in the annual retention fee (ARF).

The government’s position was revealed in its response to an e-petition after that protest passed 10,000 signatures, the trigger for ministers giving their view.

Drawn up by Veeren Gupta, the petition has now attracted more than 15,000 names – branding the increase ‘ridiculous’ and urging the GDC to plug any deficit from ‘other sources of revenue’.

The response reads: ‘The GDC is an independent body and, therefore, it is for the GDC to determine the level of the annual fee it charges for registration.

‘The proposed fee increase is subject to public consultation where the GDC’s case will be scrutinised.

‘The department of health (DH) does not usually contribute to such consultations.’

However, it then goes on to state the need for any inflation-plus increase in fees to be ‘essential to ensure the exercise of statutory duties’.

In written replies to parliamentary questions tabled by MPs, Mr Poulter said he had made no assessment of the impact of a much higher fee on the ability of the NHS to attract new dentists.

But he added: ‘On 3 September, I also met with the GDC where, among other things, concerns about the proposal fee rise were discussed.’

The GDC’s consultation – at www.gdc-uk.org/GDCcalendar/Consultations/Pages/Consultation-on-the-Annual-Retention-Fee-(ARF)-Level-for-2015.aspx – closed on 4 September.