This won’t be the first time that I have used these words in regard to the General Dental Council (GDC) (and sadly, I suspect that it won’t be the last). As a dental professional you would have had to have been living in a cave for the last month or so to have missed the huge hike in the ARFs (annual retention fees) that the GDC is proposing.

I suppose as a dental technician I have got off lightly with a proposed 6.7% increase (still massively ahead of inflation however you measure it). Another £8 a year isn’t going to kill me but that is not the point. It is going to add an extra burden to dental technicians and DCPs (dental care professionals) more generally at a time when we are just exiting the worst recession in living memory.

A proposed increase of 64% to £945 (from £576) for dentists is frankly a joke – and a bad one! And, to try and ‘sell’ this to dentists like a cheap furniture store by explaining that this is equivalent to just £1 per day (which it isn’t) just makes it worse. The GDC seems to be trying to justify this unprecedented increase by a dramatic increase in the number of and cost of fitness to practise (FTP) cases since 2010. Pretty much: 'It’s all your fault for being unfit to practise and costing us more money' (which also ignores the fact that the GDC is still failing in a number of important areas in its annual performance review by its regulator, the Professional Standards Authority (PSA)).

Then, William Moyes responded to concerns by saying that: '…the more effective form of local resolution is by dentists and DCPs within their practices or work settings. Some complaints end up as fitness to practise cases because dissatisfied patients are not offered an opportunity to make their complaint and have it resolved quickly within the practice. We estimate that one in seven dentists or DCPs is subject to some form of official complaint at any given time – to the GDC, to the DCS (Dental Complaints Service), to the CQC (Care Quality Commission) or to NHS England.

'As a dental profession, you have a very big contribution to make in ensuring complaints do not escalate unnecessarily. So I would ask you please to consider carefully if your patients are clear about how they can raise concerns with you or your colleagues, with confidence that they will be considered carefully and resolved fairly.'

Maybe it’s just me then, but if that is the case, why did the GDC see fit to ‘encourage’ more patient complaints with a poorly worded full page advertisement in a recent edition of the the Daily Telegraph? At significant cost!

I am already on record (Dentistry, November 2013) pointing out that it does seem to me that there are a huge number of non-jobs kicking around behind the GDC. Endless bureaucrats and administrators who need to justify their existence. A very expensive office on Wimpole Street. Jobs for the boys.

It must be time for a root and branch review into the role of the GDC and what it does for the dental profession and the general public. I suggest that the key points that an independent inquiry needs to consider are:

I hope that this column can add to the debate and dentistry as a profession can push for real change and not just jump up and down only for December to come around again and the status quo to continue.

Luke Barnett started his career in technical dentistry in 1976 and after qualifying took a special interest in dental ceramics, setting up his own business in 1985. Luke and his team have established themselves as one of the UK’s most influential ceramic specialists working from his state-of-the-art facility in Watford, Hertfordshire. Luke is also an owner of the Precision Coping Company.

Luke is on the editorial board of Dental Technician, Private Dentistry and Premium Practice Dentistry and Luke is also a member of the British Academy of Cosmetic Dentistry (BACD). He was the first technician to achieve the levels of excellence required to obtain BACD Accreditation and sits on the accreditation board of examiners. He is a judge for the Smile Awards and is also a member of the American Academy of Cosmetic Dentistry.

His laboratory was voted Private Dentistry Laboratory of the Year in 2010 and 2011 and was a member of the judging panel in 2012. 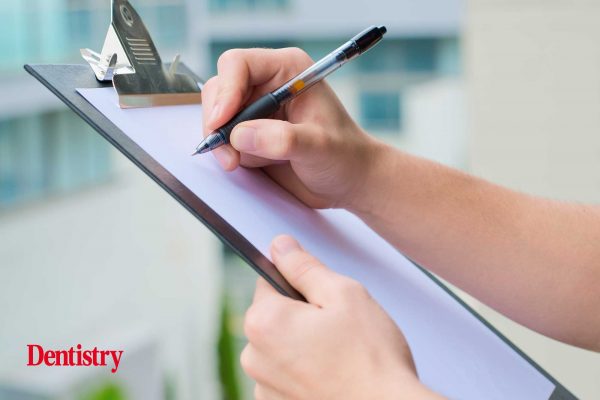