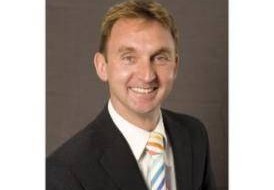 Nearly a fifth (19%) of the UK public believe they would benefit from orthodontic treatment according to a new survey. When asked what mattered most when choosing treatment, quality was rated as the most important aspect (90%), followed by cost (85%) and access to a specialist locally (82%).

The recent survey, carried out by Ipsos MORI and commissioned by the British Lingual Orthodontic Society, was to understand the publics perception and knowledge of orthodontic treatment.

The research revealed that 30% of people are now aware of the lingual technique in orthodontic treatment. The highest reason for this was due to family, friends or colleagues having the treatment (44%). Other respondents (12%) said the treatment was recommended by a dentist or orthodontist and two per cent said they became aware of the technique as a result of news about celebrities, such as Myleene Klass, who has been pictured showing off her braces to photographers.

The survey also asked other general questions such as the publics attitude towards teeth. Of the respondents 37%, for example, said they cared more about their teeth today than 10 years ago, with 38% of these explaining this was down to the rise of cosmetic dentistry.