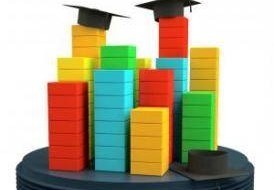 Thirty-five dental graduates from dental schools in England and Wales were unsuccessful in obtaining a dental foundation training (DFT1) place out of an overall total of 1,145 eligible applicants.

That’s according to a reply from Lord Howe in the House of Lords yesterday.

It is a year since the national recruitment process for foundation dentists (formerly VT) started.

Lord Howe’s revelation was in reply to a question from dentist Lord Colwyn.

Earlier this year it was feared the number of graduates unable to obtain a place would exceed 100.

Although such fears have not been realised, 35 is half the number of extra graduates from two new dental schools founded five years ago at a cost of £30 million.

This year, Peninsula produced 47 new dentists and University College of Lancashire, 30 and it’s estimated these dentists have cost the taxpayer £8.75 million to train.

In November 2010, chief dental officer, Barry Cockcroft, said that there had been ‘serious problems with access to NHS dentistry’ but ‘we have addressed through a range of measures including a major expansion of the dental workforce’.

What has upset many in the profession is that some of the available places went to graduates from European countries, who do not need the training to obtain a NHS performer number.

Lord Colwyn asked why such graduates were not subject to this requirement.

Lord Howe explained that EEA dentists were exempt from dental foundation training because of ‘European-wide legislation on mutual recognition of qualifications’, which bars the imposition of additional requirements, which obstruct free movement to gain employment.