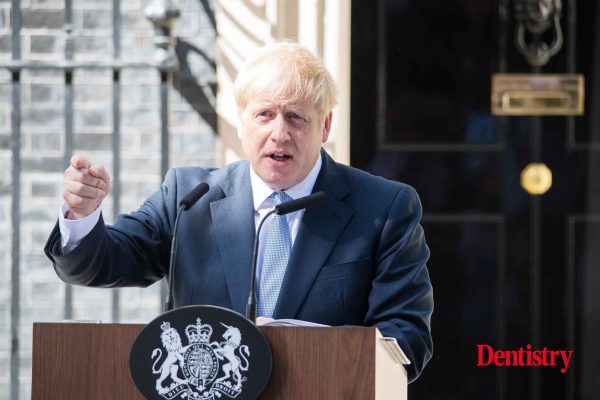 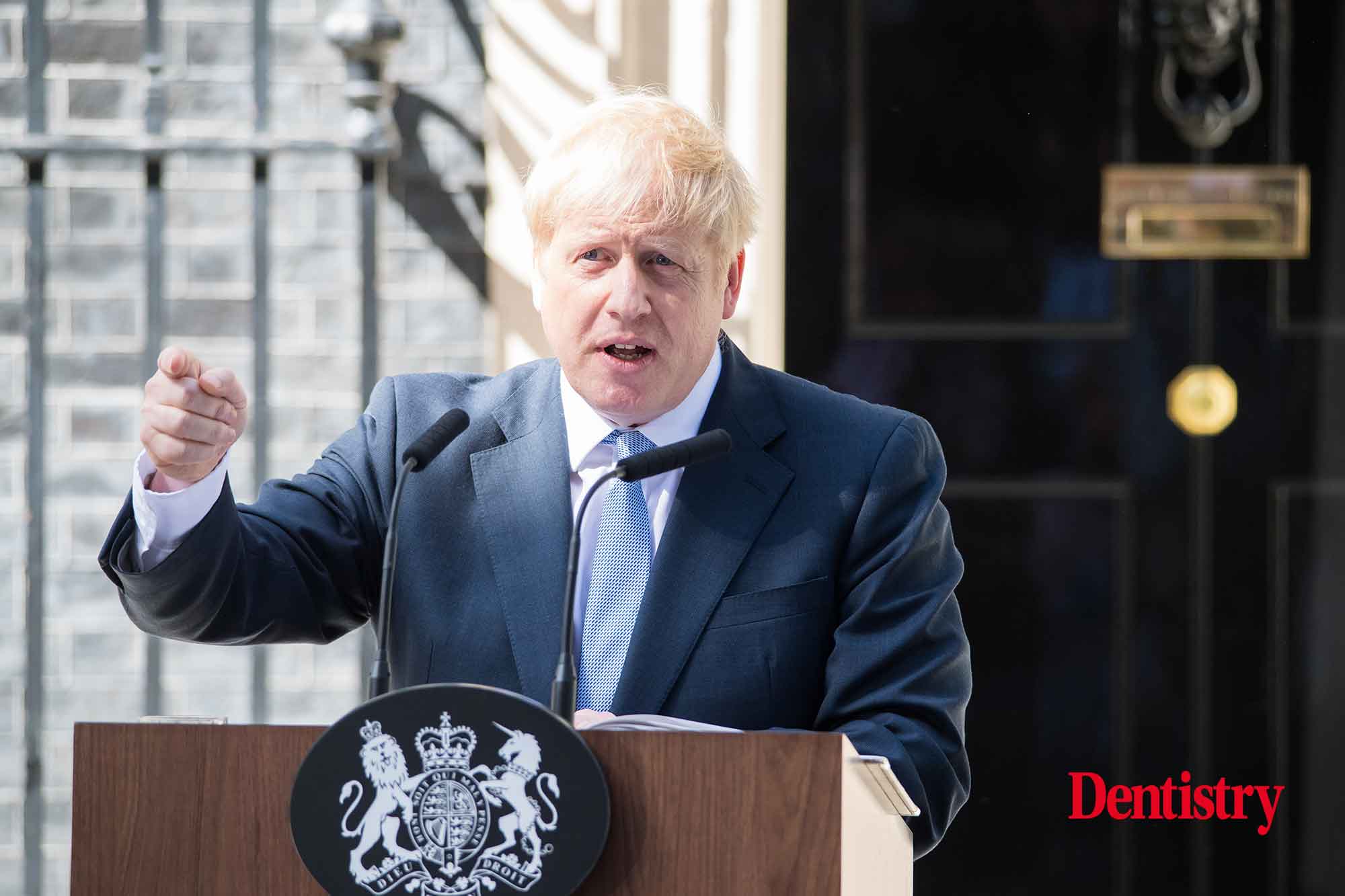 Kevin Lewis considers the contradictions of NHS demands and the impact it has on the motivation of the profession.

I would begin by making clear that I am not expressing any kind of view over the long-running saga that culminated in the police investigations in Durham and London. Nor the Sue Gray Report (not yet published at the time of writing this column). Nor the deliberations in due course of The Commons Privileges Committee.

But in isolation, the conclusion of the Metropolitan Police’s investigation into the Downing Street ‘gatherings’ during the pandemic was, in the end, somewhat underwhelming.

It was clearly a huge disappointment to the media. Because having expected and widely predicted a much more nuclear outcome, they quickly turned their fury upon the Met and its acting deputy commissioner (ADC) Helen Ball. They grilled both relentlessly as to why the PM and certain others could possibly have escaped further sanctions. Particularly when people lower down the feeding chain got pinged at the same events.

The ADC replied that each incident had been carefully viewed in its proper context; ie the specifics of the regulations in force at the time; the detail of what the gathering consisted of; who was present; how it came to be arranged (and by whom).

Additionally, not least the circumstances in which it took place. And the role of each individual present in the context of the totality of the event.

And hey presto, the first of many seemingly incriminating photographs leaked to the media to throw a bucket of doubt over that explanation almost as soon as it entered the public domain. As well as inviting speculation as to why and how the photo miraculously came to light at that particular moment.

Somebody once said that everything in life has a context and specifics. You can either take them into account or choose to ignore them. That’s according to your personal prejudices and the conclusion you want to reach.

This tendency reveals itself best when opposing parties generalise. Then endlessly repeat the same generalisation(s) to avoid having to consider the detail.

The very term ‘partygate’ has been a prime example of this. It was a deliberately pejorative media creation. While obviously a much snappier and cleverer soundbite than ‘gathering-gate’, ‘eventgate’ or even ‘meeting-gate’. Because any of those terms might have allowed the possibility that some of the gatherings were innocent and/or permissible.

Instead, the choice of ‘partygate’ as the universal strapline tells us all we need to know about what the media thought. Through repetition this added rocket fuel to what the public thought.

But the investigating officers at the Met did not have the luxury of being able to generalise. Instead they were well aware that they were on a hiding to nothing anyway. Because nobody would be entirely satisfied with either the chosen terms of reference and parameters for their investigation or any outcome – albeit for varying reasons.

Any conclusion would be endlessly analysed, scrutinised and criticised by any party that would have preferred a different conclusion. Ultimately a court would need persuading of the culpability of a party if a fixed penalty notice were disputed and left unpaid.

It was blindingly obvious that some of the gatherings had the look and feel of a social event (even if amongst work colleagues). But extrapolating from that to assume that every attendee did break the specific rules was on shaky ground from the start.

But it should have been equally obvious to the organisers and participants at these events in Downing Street and elsewhere, how important that ‘look and feel’ would be to the rest of the UK population. And the media seized upon that with relish.

Most of the healthcare regulators – including the GDC – made a point of issuing statements explaining that they understood the pressures of the Covid-19 pandemic and recognised that they created a particular context that needed to be taken into account when considering the actions and professionalism of registrants during that period.

While it is difficult to disagree with that, it did make me wonder why such a statement needed prompting by (and seemingly limited to) the pandemic and events relating to it.

Surely the context and specifics of events are always relevant and always a valid consideration. And consequently, ought have appropriate weight in any and every case.

The GDC states elsewhere that professionalism is context-dependent. And that case examiners during any fitness to practise procedures consider this context.

But reading, as I regularly do, the determinations of the GDC’s Professional Conduct Committee I am less convinced whether that is equally true of the thought processes of every such committee.

The NHS system imposes enormous pressures and constraints, with or without a Covid pandemic. And so do certain practice owners (not least certain corporates).

Dentistry is complex and technically challenging, and so can many of the patients who walk through the door.

But the standard expected of dentists is the same. That’s however much they are paid (and whether or not they are paid anything at all) and whenever money is involved.

The ‘commercial motives’ of a treating dentist (to make money) seems to be viewed more critically and harshly than the commercial motive of a patient to save money and pay less. Yet this critical contextual contrast is often airbrushed out of the picture.

Naturally, I sought guidance from Biomed Central Health Services Research journal where I discovered that ‘context is defined as a multi-dimensional construct encompassing micro, meso and macro level determinants that are pre-existing, dynamic and emergent throughout the implementation process. These factors are inextricably intertwined, incorporating multi-level concepts such as culture, leadership and the availability of resources’.

So all is clear then. Thank goodness I checked.

The context of the year-end scramble to meet UDA targets is a recurring complication. Another topical specific right now, I would have thought, is the lamentable incompetence of NHS England in relation to the planning, information and communication vacuum regarding the reconciliation process for the 2021/22 financial year and the output requirements for 2022/23. Neither of which were finalised by the bewitching hour when one year morphed into the next.

If ever there was an example of a context and specifics being relevant, it must surely be the disconnect between what the NHS’s left hand is demanding in terms of almost pre-pandemic levels of productivity, and what the NHS’s right hand is demanding in terms of maintaining pandemic-related constraints, which actively obstruct any attempt to achieve pre-pandemic levels of productivity.

A cynic might think that NHS providers are expecting to reach out and stretch for a target that always has the intention and design to be beyond their grasp.

Not so far beyond that they would give up the chase altogether. But far enough to make it likely that clinicians achieve a lot of access before the NHS predictably recovers a material sum of money in clawbacks, and then redeploy it elsewhere in the NHS.

Somebody, somewhere is doing their sums – such a pity they can’t count.

It is too simplistic to say the scale of the NHS care and treatment backlog is largely down to Covid.

It is also related in part to dentistry always being an afterthought in NHS priorities, to the SOPs and their continuing legacy, to the attitude of commissioners, to the foot-dragging on contract reform, and not least to the fears of the public and the collapse in the morale of the profession.

And it appears that for 2,000 NHS dentists the Covid-19 pandemic became the final straw that broke the proverbial camel’s back. Clearly those camels have got the proverbial hump and walked away.

We can blame the backlog on many things, and many people, but not the profession. Above all, it needs understanding more widely; addressing the backlog ahead of meaningful contract reform is a massive financial-loss-in-waiting for the profession. Dealing with most of it will eat up a lot of clinical time and incur significant additional costs. All without generating any additional income.

Such is the folly that the UDA system creates; spending visit after visit deep inside band two and funding it yourself; this may be a ‘something for nothing’ dream ticket for the government. But it’s a very demotivating, lonely and painful place for providers and associates alike.