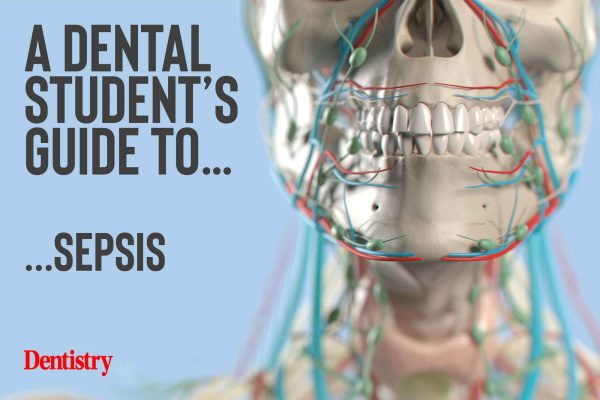 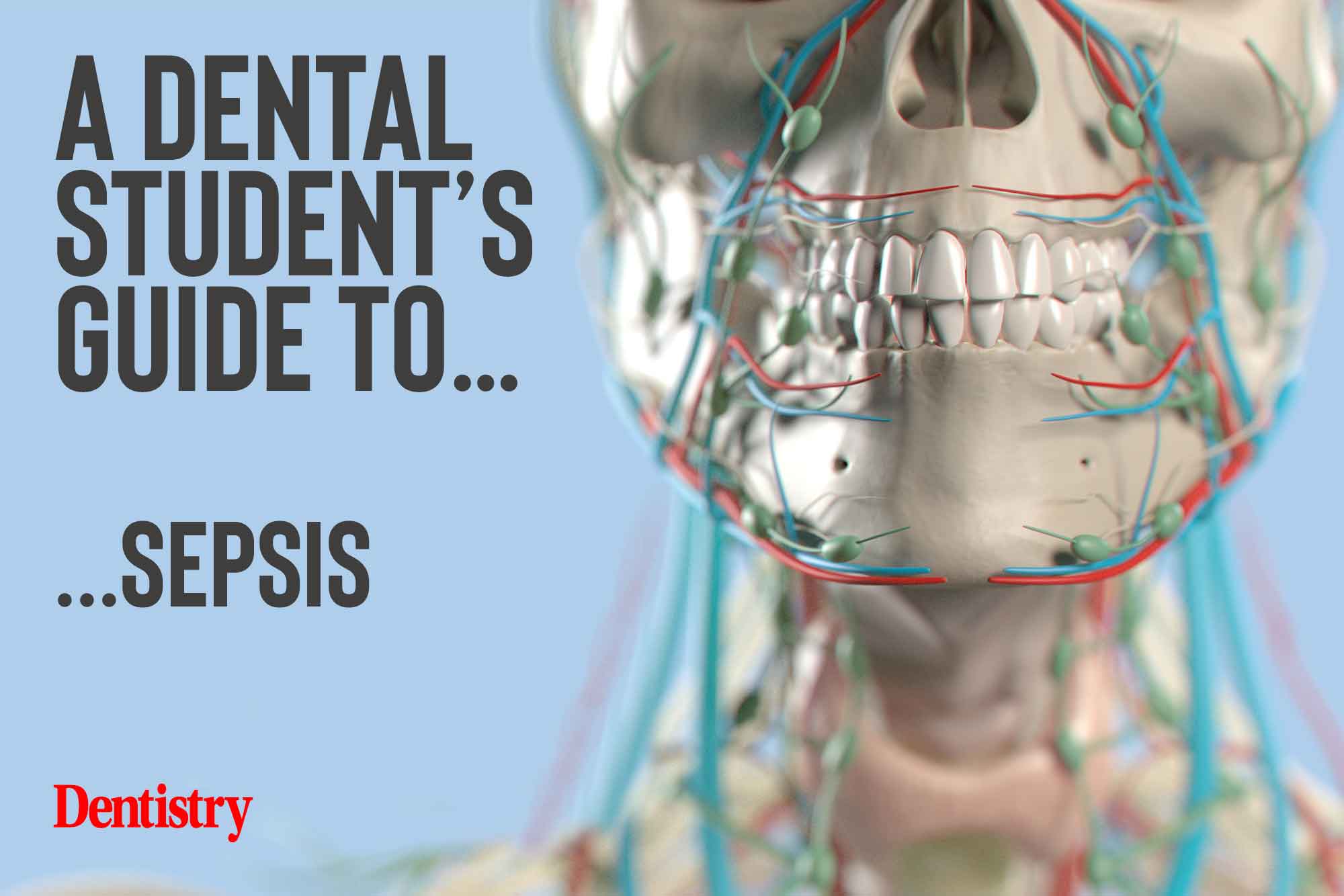 In this month’s Dental Student’s Guide, Hannah Hook looks at sepsis and how to react if you have a suspected case.

Sepsis is a life-threatening condition in which a dysregulated host immune response to infection leads to organ dysfunction and tissue damage (Dave et al, 2021).

Any type of infection can trigger it; however it most commonly occurs in response to bacterial infections of the urinary tract, gastrointestinal, respiratory systems and skin wounds.

If recognised and treated early, outcomes are good. However, if treatment is delayed patients may decline over a few hours leading to septic shock. This is a condition in which reduced tissue perfusion leads to multiple organ failure and subsequently death.

Whilst literature surrounding sepsis rarely cites the origin of the infection as odontogenic, it is still important for dentists to remain aware of sepsis along with its signs and symptoms.

Early recognition of the presentation of a septic patient is therefore key. It facilitates prompt and effective treatment and in turn improved prognosis (Jevon, Abdelrahman and Pigadas, 2020).

The groups that are most at risk of sepsis are those with compromised immune systems. Whether this is due to age, medications, or medical conditions. Sepsis is not limited to, but is more likely to affect people who fit the following categories:

Sepsis is often difficult to diagnose as it may present in a variety of ways. Generally, people with sepsis feel so unwell they feel like they are going to die. They may also present with one or more of the following symptoms:

The National Institute for Clinical Excellence (NICE) recommends that patients with suspected sepsis in primary care are first assessed for risk factors, such as those listed above, then clinically assessed using a structured set of observations. These include:

The Sepsis Trust has produced an informative tool (Figure 1) that assists dentists in deciding on the best course of action for their patients.

Where a dentist suspects sepsis and the results of the physiological observations suggest a severe risk of illness then call 999 immediately. State that the patient has ‘red flag sepsis’.

This will prompt a blue light response and an ambulance will arrive as soon as possible. Whilst awaiting an ambulance, administer high flow oxygen to try and maintain the patient’s oxygen saturation above 94%.

If sepsis is considered and discounted, then give appropriate safety netting advice to the patient or carer in case of later deterioration. Give the patient the mnemonic ‘SEPSIS’. If a patient develops any of the following symptoms, they should seek medical advice immediately. 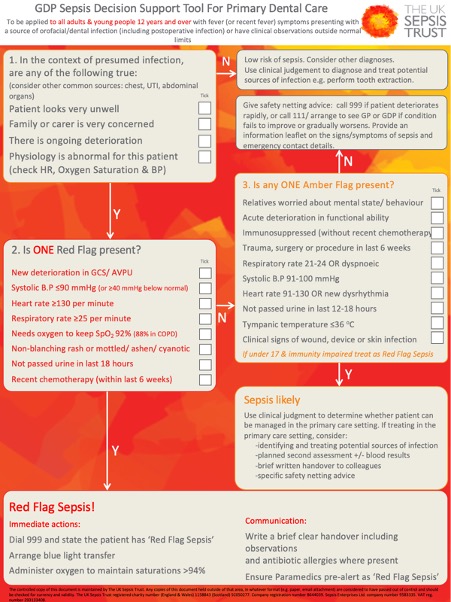 Once the patient is transferred to hospital the ‘sepsis six‘ will be carried out within the first hour of arriving at the hospital. This consist of giving three things and taking three things.

Catch up with previous Student’s guides:

Fast Track 4 winner gets a trip to Texas

51d
|
Young Dentist
Dentistry Online uses cookies to give the best experience. If you continue to use our site, we will assume that you agree to the use of such cookies. Read More.
Accept