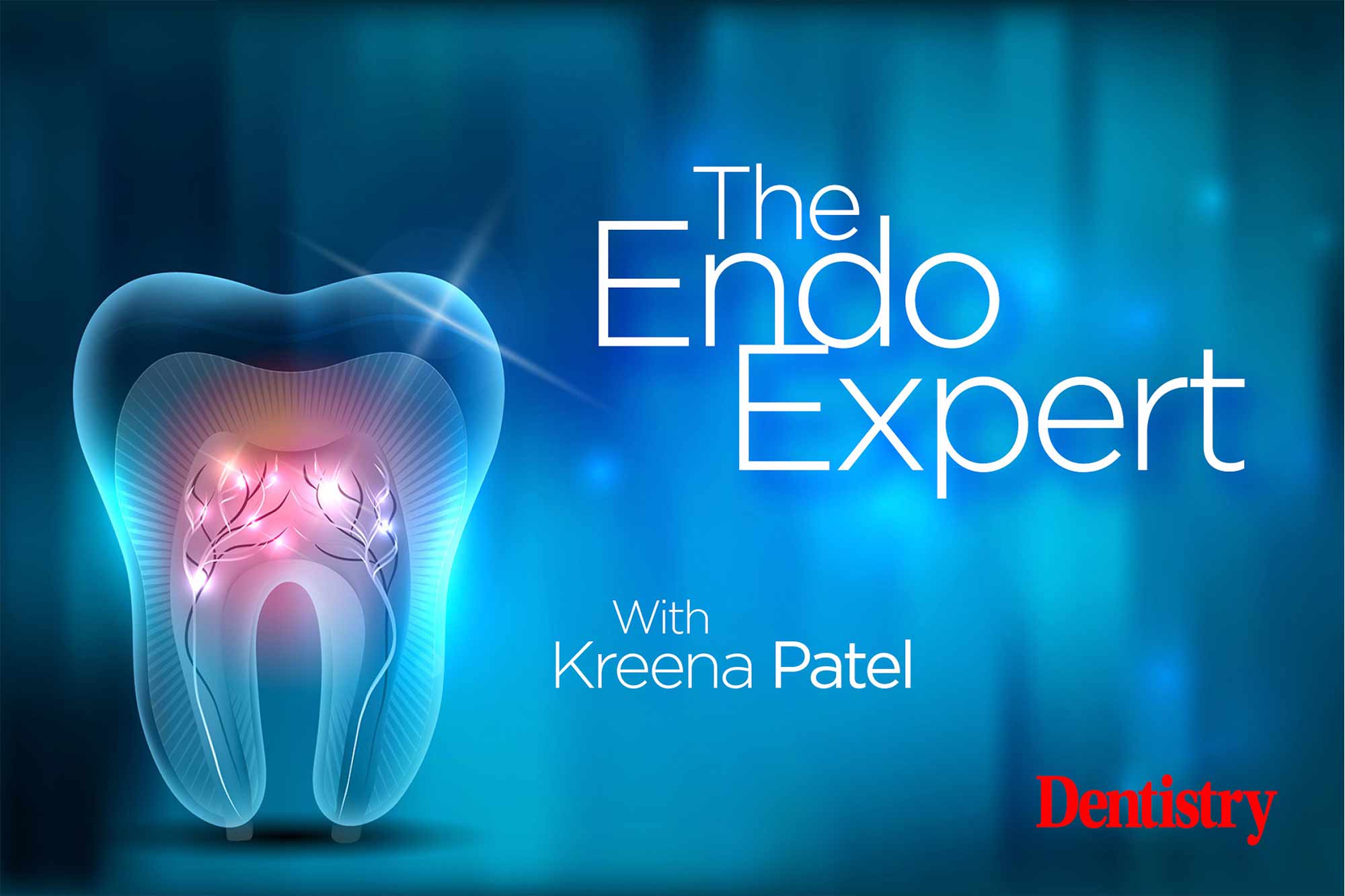 In the second part of the series, Kreena Patel and Amit Patel look at different methods to save compromised teeth. This month it’s single-visit crown lengthening and endodontics.

What is crown lengthening?

Surgical crown lengthening is a procedure that aims to expose sound tooth tissue by apical repositioning of gingival tissues, with or without removal of alveolar bone.

What are the indications for crown lengthening?

Crown lengthening surgery can be categorised as aesthetic or functional.

Ideally, the gingival display of maxillary anterior teeth should not exceed 2-3mm above the cervical area of a tooth (Kokrich, 1996). Approximately, 10% of patients have excessive gingival display when smiling (Tjan et al, 1984). This is more common in women and particularly noticeable if the patient has a high lip line.

Aesthetic crown lengthening can be used to remove this excess gingivae and help improve the appearance of short clinical crowns or uneven gingival contour.

What is biological width?

The biological width is defined as the dimension of the soft tissue, which is attached to the portion of the tooth coronal to the crest of the alveolar bone. This was defined by Gargiulo et al, who described the dimensions and relationship of the dentogingival junction. The new periodontal classification has now replaced the term biological width with ‘supracrestal tissue attachment’.

Gargiulio et al showed that the biologic width on average is 2.04 mm, which is the sum of the epithelial tissue attachment and connective tissue attachment measurements (Figure 1). If you take into account the gingival crevice then we have an average of 3mm for the biological width. This translates to limiting subgingival margin extension to approximately 0.5-1mm.

Essentially the biological width is important for the preservation of periodontal health.

Invasion of biological width can potentially cause chronic inflammation in gingivae with a thick biotype or recession in those with a thin biotype. Respecting the biological width for both aesthetic and functional crown lengthening will give you better long term results.

What are the risks of crown lengthening?

As with all surgical procedures, the risks include postoperative:

Emphasise the importance of good oral hygiene following the procedure.

Crown lengthening particularly in the aesthetic zone is challenging. It is important to consider referring the patient to a periodontist for management of cases the clinician feels is outside their competency.

What is the crown lengthening procedure?

There are many surgical techniques we can utilise for crown lengthening, such as gingivectomy in gingival hypertrophy cases or apically repositioned flaps in functional crown lengthening cases. A combination of these procedures may be required to perform aesthetic crown lengthening.

This article is focused on saving compromised teeth where crown lengthening  is carried out to expose enough of the root so the restoration does not impinge on the biological width.

When crown lengthening on the buccal aspect, a three-sided flap is generally recommended to allow the flap to be apically repositioned. The main advantage of this technique is that you are moving the whole gingival complex apically without removing any of the keratinised tissue.

When crown lengthening on the palatal aspect, it is important to note that the palatal tissue cannot be apically repositioned as the tissues are fully bound down. In this situation the traditional periodontal technique of an inverse bevel incision works well (Figure 1).

The advantage of this technique is that you are performing a gingivectomy and thinning the palatal flap simultaneously. This allows the flap to naturally fall more apical to the margin of the new restoration.

Firstly, assess the amount of bone present around the tooth. We have to ask two questions:

Bone removal is usually performed using slow speed burs to help recreate the normal architecture of the bone, thereby re-establishing the biological width. High speed burs can also be used but the hand piece needs to be either an electric motor or rear venting to avoid the risk of surgical emphysema.

We prefer using the Acteon Piezotome unit, which has specific crown lengthening tips designed for this procedure (Figure 2). 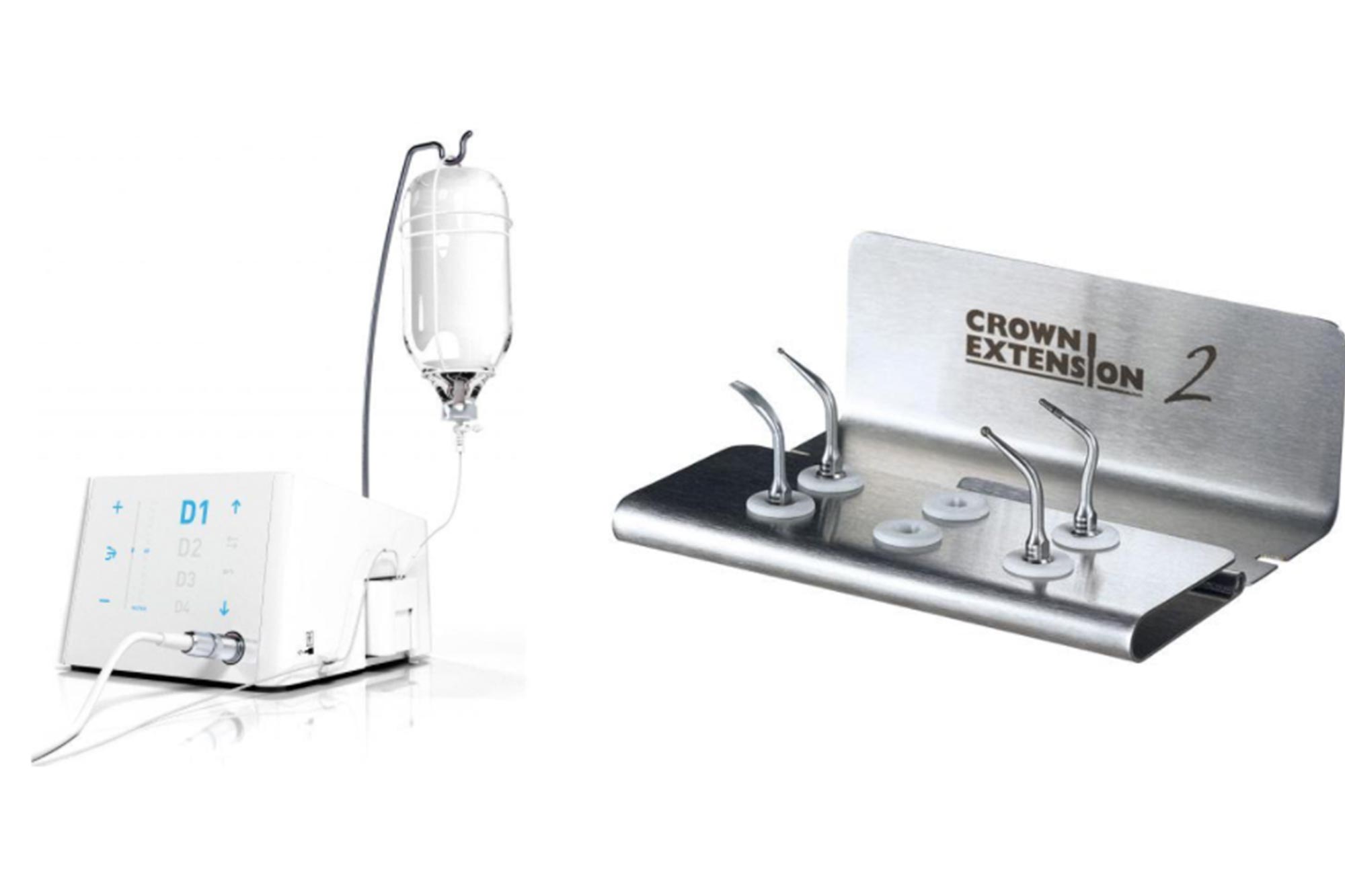 The gingival tissue are sutured using 5/0 or smaller sutures. These are removed two weeks after, following which a temporary crown needs fitting to help stabilise the position of the new gingival margin. It is ideal to do this during the surgery as the margins can be made smooth before closure of the tissue.

The crown lengthening procedure can be carried out at the same visit as the endodontic treatment and core.

The cases presented will discuss how the procedure is carried out:

The patient presented with a fractured palatal cusp on UR5. Clinically, UR5 was restored with a MOD composite restoration, with a thin buccal cusp remaining (Figure 3).

In general, the patient had an extensively restored dentition, no evidence of periodontal disease and good oral hygiene. 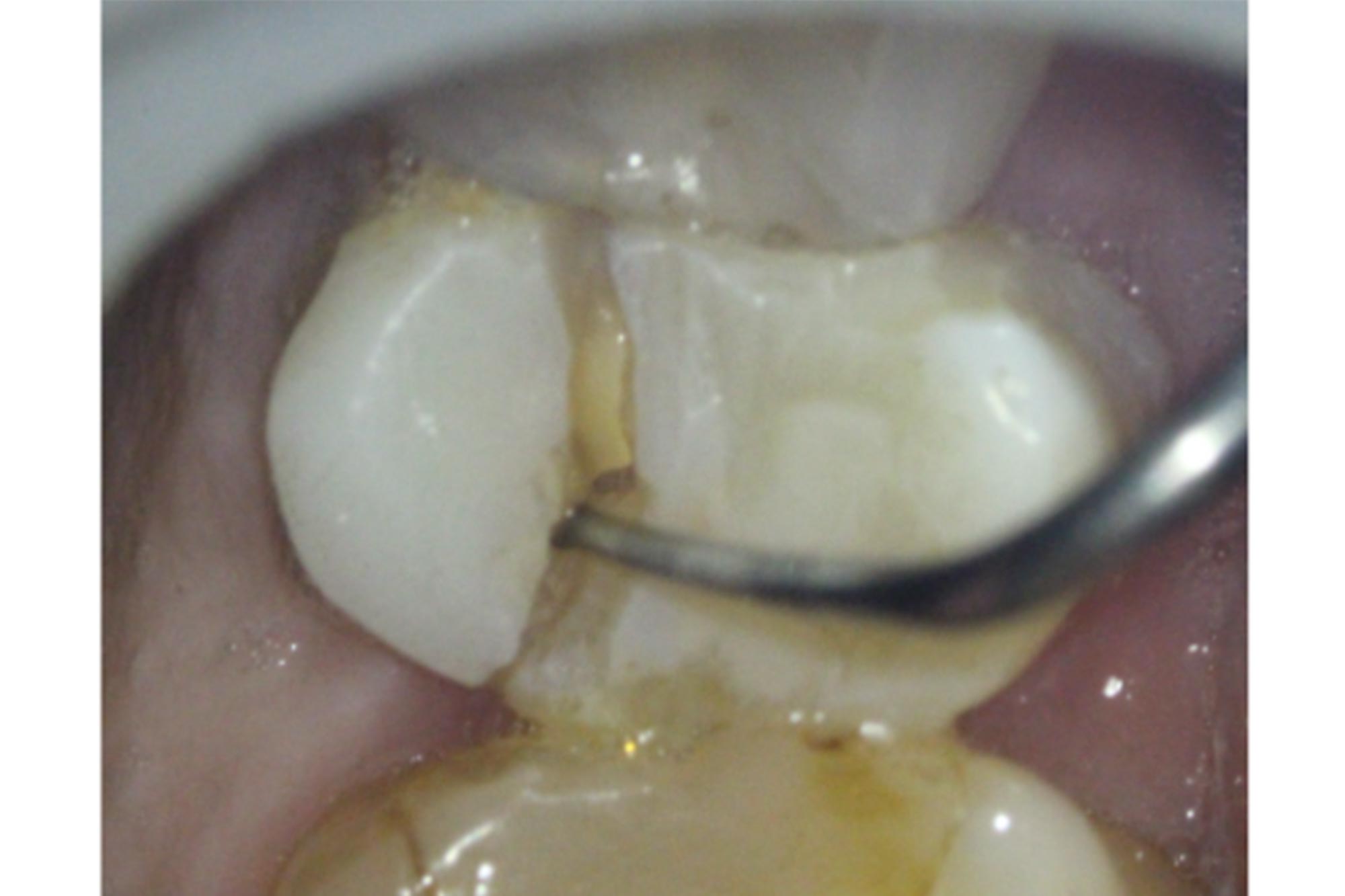 Figure 4: Periapical radiograph of UR5

Following the administration of local anaesthetic, the mobile fragment was removed using extraction forceps. The fracture extended into the coronal third of the root (Figure 5). The following treatment options were discussed with the patient.

It was emphasised that teeth with limited tooth tissue remaining have a more guarded long term prognosis. Option two would aim to save the tooth for as long as possible and delay the need for extraction.

The patient was keen to try to proceed with option two.

The patient reported minimal postoperative discomfort. The patient maintained a very good level of oral hygiene and the gingivae was healing well. The stitches were removed (Figure 8).
A cuspal coverage restoration was recommended.

The patient presented with a fractured mesio-palatal cusp on UL6. Clinically, UL6 was restored with a MODB composite restoration. A periapical radiograph revealed there was a periapical radiolucency associated with the MB root. The bone levels were normal and there was a favourable crown:root ratio (Figure 9). 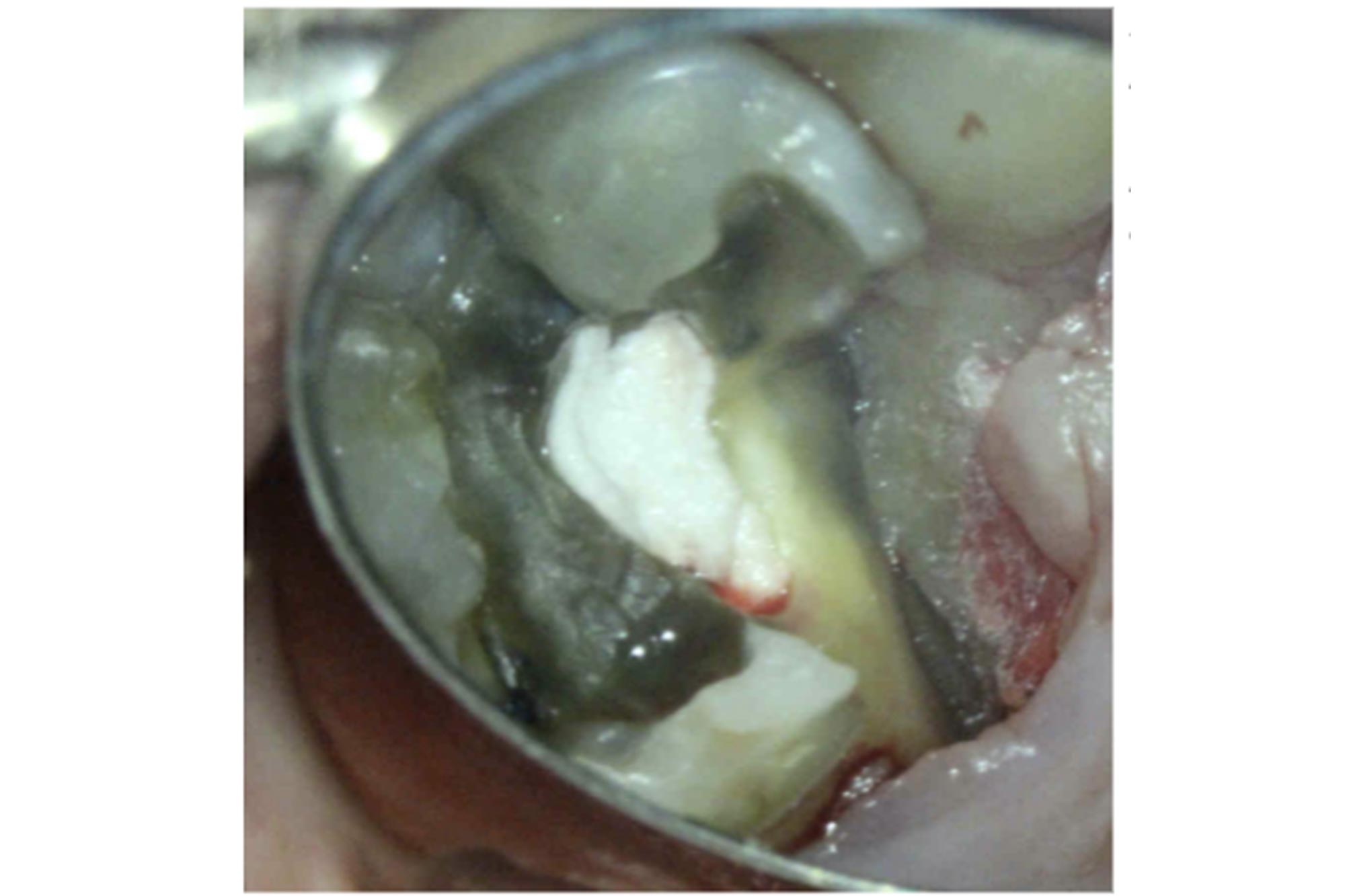 What are the benefits of single visit crown lengthening and endodontics?

A well-adapted restoration can be placed immediately which helps gingival healing.

Fewer dental visits and time are required to save the tooth making it a more viable treatment option with lower patient morbidity. It also saves the clinician time and the cost of the procedure may be reduced as a result.

What are the negatives of single visit crown lengthening and endodontics?

A longer treatment time is required to carry out crown lengthening and the endodontic procedure at the same visit.

A small amount of bone removal is required for the crown lengthening procedure. This should not affect future implant placement as only a small amount of coronal bone is removed.

Ice packs are recommended (20 minutes on, 20 minutes off) for the first 48 hours to reduce swelling. Painkillers should be stated before the anaesthetic wears off. Alternating paracetamol and ibuprofen works well for pain relief and reducing inflammation.

The patient should maintain good oral hygiene but not brush the surgical site for one week. Salt water mouthwashes or chlorhexdinde mouthwashes are recommended three to four times daily for one week only, but only to bath the site and not to rinse as there is a chance the sutures may come undone. Interdental brushes can be started two weeks postoperatively.

The stitches can be removed one-two weeks following the procedure. Following this the tooth can be prepared for the definitive restoration, and a well-fitting temporary placed. This allows the tissues to mature around the new margin.

When should we place the definitive cuspal coverage restoration?

How should I design the definitive cuspal coverage restoration?

Teeth requiring functional crown lengthening often have limited tooth tissue remaining. Therefore, it is important to preserve as much of the remaining structure as possible when designing the cuspal coverage restoration.

An onlay restoration may work very well in these situations. However, it can be more challenging to make these aesthetic buccally where the join between the tooth and onlay may be visible (Figure 13).

Alternatively, a monolithic zirconia crown with a verti-prep can be used (Figure 14).

The margins of the cuspal coverage restoration can be placed on sound tooth tissue. However, this can be challenging and potentially more destructive, particularly in situations where a greater degree of crown lengthening had been required. In these situations deep margin elevation may be preferred.

What are the alternatives to crown lengthening?

This is where a direct restoration is used to raise the cavity margin to an equigingival or supragingival location. It  has been used successfully as an alternative to functional crown lengthening in some instances. Please refer to ‘Saving compromised teeth part one: deep margin elevation’ for further information.

Current evidence shows DME appears to be well tolerated by the periodontium when carried out to a good standard. It has been shown to lead to very few to no signs of clinical inflammation (Safati and Tirlet, 2018).

The time for extrusion varies depending on the amount of tooth extruded, and usually takes one to three weeks. An eight to 12-week period of retention is then required to stabilise the root in its new position (Simon et al 1978).

The procedure may result in the gingival margin and bone migrating coronally with the tooth during extrusion. This occurs due to tension produced by supracrestal fibres, and can result in the need for postoperative crown lengthening (Ingber, 1974). A gingival fiberotomy immediately before extrusion and weekly during activation may help prevent this, as well as reduce the need to longer retention periods (Weissman, 1983, Pontoriero et al, 1987).

Orthodontic extrusion is relatively complex and relies on close liaison between an orthodontist and restorative dentists. Treatment is costly and time consuming. It also requires patient compliance and can result in unfavourable aesthetics for the duration of the treatment (Dietrich et al, 2019). However, it is less invasive and there is no inference with the periodontium of neighbouring teeth.

Surgical extrusion, also referred to as intra-alveolar transplantation, is a procedure in which a tooth is surgically repositioned in a more coronal position within its own socket. It was introduced as a more rapid alternative to orthodontic extrusion.

In the last few decades, the trend appears to be to extract compromised teeth and replace them with dental implants. However, with increased knowledge and long-term research, we know that dental implants are subject to biological and technical complications. Saving natural teeth can delay or prevent the placement of dental implants so the patient retains a fixed replacement for longer.

Functional crown lengthening allows us to save compromised teeth, and is an important treatment option which should be discussed and offered to patients.

Gargiulo AW, Wentz FM and Orban B (1961) Dimensions and relations of the dentogingival junction in humans. J Periodontol 32: 261-7

Amit is the principal specialist and director at Birmingham Dental Specialists in Birmingham. His special interests are dental implants, regenerative and aesthetic periodontics.

Amit graduated from the University of Liverpool and completed a four-year specialist training programme in periodontics at Guy’s, King’s & St Thomas’ Dental Institute. Amit was an associate specialist in periodontics at the Birmingham Dental School for nine years and is still an honorary clinical lecturer at the University of Birmingham School of Dentistry. He has taught at undergraduate and postgraduate level, including lecturing to dental practitioners both in the UK and internationally. Amit is also on the committee of the Association of Dental Implantology and the president elect.

Biodentine’s versatility and pulp healing capabilities makes it a staple in many dental practices. But what many practitioners don’t realise… 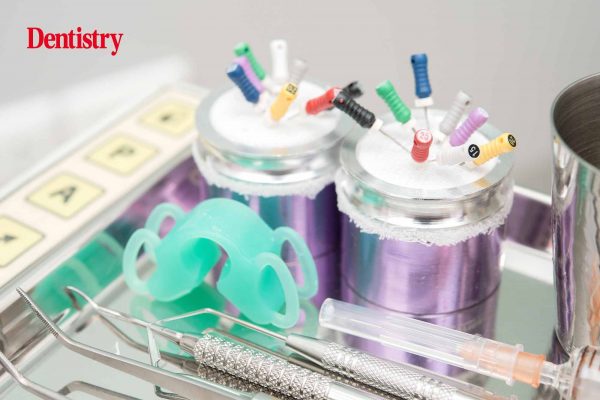 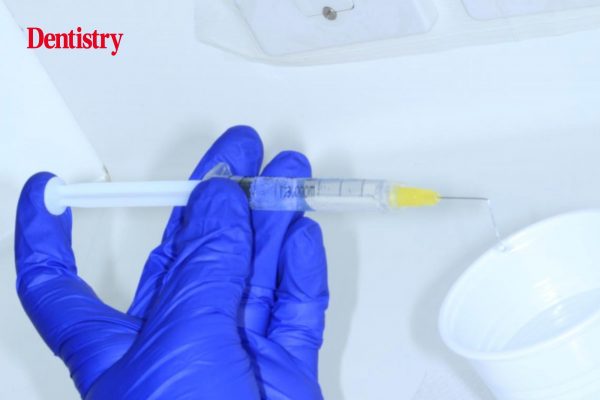 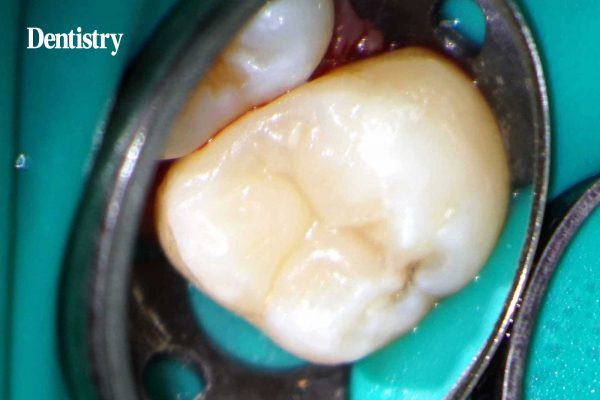 Sealing the deal in endodontics – obturation

15hr
|
Endodontics
Dentistry Online uses cookies to give the best experience. If you continue to use our site, we will assume that you agree to the use of such cookies. Read More.
Accept