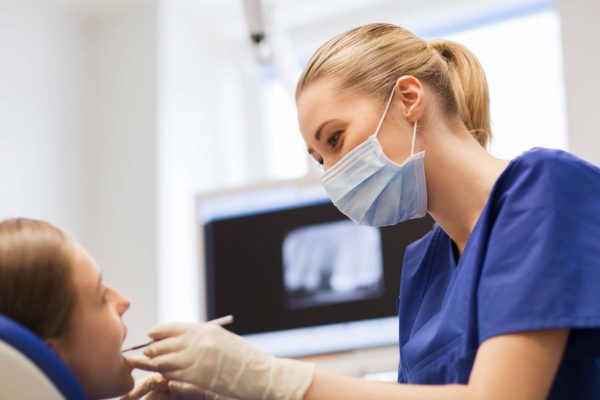 One in five female NHS employees said they did not have access to the necessary PPE during the pandemic.

This is according to a new report that looks into the impact of the coronavirus crisis on women working in the NHS.

The data, carried out by the NHS Confederation and the Health and Care Women Leaders Network (HCWLN), points out that more than three quarters of the NHS workforce is made up of women.

The survey found that almost 75% of participants reported that their role had caused them a greater negative impact than usual on their emotional wellbeing.

Additionally, more than half reported a negative impact on their physical health.

For those continuing to work in the health and social care sector, respondents said conflicting messages from the government and trusts have added to stress. Those in leadership roles also reported worry for their families and those they manage.

The survey also looked at the responses from black and minority ethnic (BAME) backgrounds. It found many felt ‘traumatised’ by the disproportionate impact of the virus.

Sanaa Kader is a principal dentist in Leeds. ‘As a female mixed NHS/private practice owner, as well as being a mother and from a BAME background, I have found the most challenging part of lockdown juggling everything,’ she said.

‘As well as the worries about COVID affecting those from BAME backgrounds such as myself, I have found it extremely stressful trying to follow the forever changing guidelines to keep my staff and patients safe.

‘I, like many others, am working longer hours than I was before, by way of triaging patients by telephone, entering details onto Compass, following the new SOP’s, and somehow finding time to see some patients too.

‘Burnout and stress has become common place amongst my female colleagues, as the demands of home schooling and lack of childcare tend to pull us from all directions.

‘If you are a practice owner as well, there are now so many other things to have to think about. For example, staff issues and concerns, decision making, creating SOPs, staff training. The list goes on!

‘It is crucial to look after our physical and mental health, as stress can increase our risk of developing long-term health issues. We must talk to each other, look out for each other, and support our profession during these testing times.’

The majority of respondents (40%) said the necessary PPE was available, and said appropriate training was provided to all staff who needed it.

On the other hand, 21% said they had inadequate access to the correct PPE.

Additionally, the survey received comments on issues with availability and sizing, including A&E settings, where one respondent said staff were wearing XL gowns when most needed a small or medium.

The report states: ‘Whilst we recognise the issue of sizing is not unique to gender, it is more relevant to those who are of a smaller frame.’

The majority of respondents reported strong managerial support, particularly from those who had requested to work flexibly or reduce their hours.

Equally, a significant number did not feel safe sharing their personal concerns. This was particularly apparent for respondents of BAME backgrounds.

Some respondents reported cases of sexism, bullying and racism. A comment from one respondent read: ‘It has been awful to see colleagues and friends constantly berated, put down, ignored and emotionally abused.

‘They were the same pre-COVID, but now it is worse.’

Additionally, managers themselves described increasing levels of stress. This followed their efforts to manage their team’s anxieties and changes in working patterns.

Statistics from the report indicate a shift in the work-life balance of respondents.

For example, staff, on average, took on an additional 11.22 hours of non-work caring responsibilities each week since the start of lockdown. However, they only cut back on their working hours by 1.44 hours each week.

And unpaid working hours increased by around seven extra hours every week.

The report also found that 2.6% of those surveyed said there were reasons why home working impacted their personal safety. More staff from BAME backgrounds reported not feeling safe at home.

However, the majority of respondents reported a positive experience when it came to working from home.

There were statistical differences between different groups of respondents including: