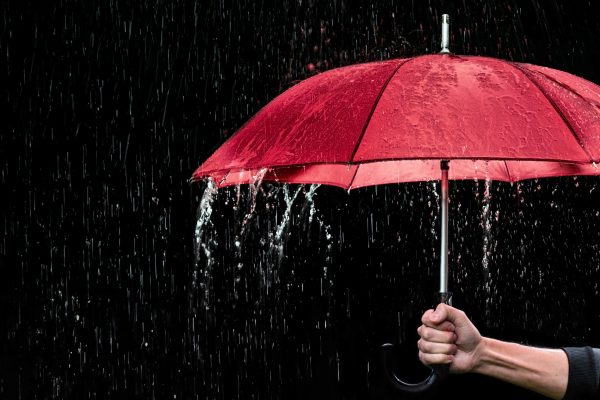 Now where have I heard that phrase before? At the time of writing – rather like most other times of writing since that referendum vote in June 2016 – I have no idea what ‘Brexitland’ will look like by the time anyone happens to be reading this.

So, I propose to take the route of safety and make no assumptions or predictions one way or the other on that front.

But you have to admit (whatever your leanings regarding Brexit itself) that it is an enticing headline, because nobody likes to think they have no control over their destiny.

Even less attractive is the realisation that somebody with a completely different (or even hostile) agenda is in control of your destiny and you have little or no ability to influence it.

We can learn to accept that some things will always sit outside our control and/or sphere of influence, or we can become resigned to it.

There’s a world of difference, because the former can come in the shape of serenity, while the latter might have shades of disillusionment, anger, and resentment bubbling away under the surface.

Every recent survey – including the NHS’s – confirms there is a whole lot of bubbling going on.

Eddie Jones, coach of England’s rugby team, was being interviewed in the wake of the decision to cancel his team’s long-awaited World Cup clash with France, given that the approaching Typhoon Hagibis was on track to pass directly through the match venue in Tokyo on the day in question. Directly over the halfway line, in all probability.

The Japanese, Eddie reminded the press throng from first-hand knowledge, have a word for it. Of course they would – in fact, it appears that they have more than one word for it. It is (I gather) ‘shou ga nai’, which loosely translates as ‘it can’t be helped’ – in the sense of being willing to accept the things you can’t influence/control, and get on with life.

But there seems to be a variant form of shou ga nai, namely ‘shikata ga nai’, which implies a greater willingness to grimace and endure situations that – with a bit more engagement, proactivity and effort – might just be influenced or controlled to some extent.

On reading this, I sensed a direct parallel with the air of resignation I mentioned earlier, and I understand why some observers feel that ‘it can’t be helped’ must not be allowed to be embedded in the Japanese psyche in a blind, submissive, and deferential way without first asking the question of whether there is something that could and should be done.

I am all for a bit of serenity at the right time and in the right place, but not if it means waving the tanks through and abandoning all semblance of even wanting to control our own professional destiny.

UK dentistry has been metaphorically waving the tanks through for far too long if you ask me, or at least failing to see and hear the tanks as they relentlessly pass by our window.

Take self-regulation, for example. Why anyone would still be using that ridiculously outdated term is a complete mystery to me.

Self-regulation of UK dentistry died 10 to 15 years ago – and a little more honesty and transparency on that front would not go amiss.

Currently, registered dentists have no alternative but to contribute more than three quarters of the General Dental Council’s annual income; however, in return they have less than half that proportion of council members to provide a dentists’ perspective.

The majority of council members, by design, have never paid an annual retention fee, nor will ever do so, so their skin in the game is not just minimal, it’s non-existent.

The NHS has cunningly devised commissioning arrangements that retain maximum control and minimal risk exposure. All the risk is carried by the provider/contractor dentists.

The ultimate irony is, of course, the fact that dentists, having been placed in the invidious position of being expected to meet the ever-inflated quality promises of a third party (the NHS) at the same time as having money taken out of their pockets by that same third party, must self-fund the indemnity that keeps the NHS blamelessly at the fringes. It is an outrage thinly veiled as shou ga nai.

Collecting NHS patients’ dental charges is another example. You can’t control the level, and when patients kick back, your role is to suck it up and, thereby, protect the NHS itself. It is a mercy in one sense that most charge-paying patients don’t know the full horror of what they are paying for over and above the cost of their own dental care. It is a classic example of something we cannot change, but must be endured. Don’t we think the ‘enduring’ has become a bit one-sided?

Perhaps I have been around this block too many times, but I passionately believe we should be scanning the horizon for any and every opportunity to take back control.

I have previously explained in this very column my involvement as a board member and trustee in the creation of the College of General Dentistry.

For goodness sake, it is surely time, and at this month’s BDIA Dental Showcase the doors formally opened, not just for dentists, but for all those dental team members (many of which work alongside us every day) who have scanned an apparently barren landscape for an authoritative and meaningful home.

A home where an essential prerequisite is to understand and (critically) respect dental professionals as equals, not as second-class citizens.

Let’s not shrug our shoulders and assume that we are powerless to influence events. The fightback has to start somewhere and a once in a lifetime opportunity has presented itself for us all to throw our weight behind.