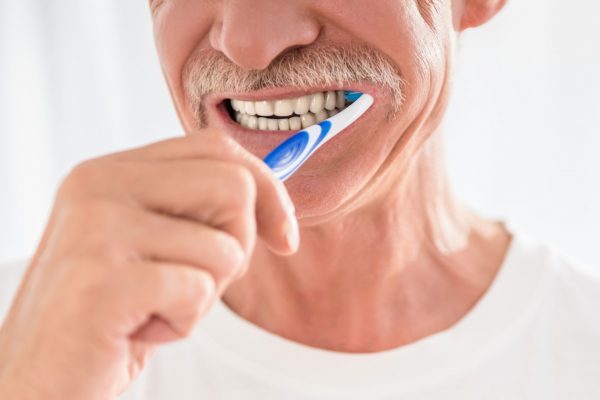 Michael Watson reports on the recent Government debate on the oral health of elderly people.

Away from the endless debates and votes on Brexit and the bear-pit that is Prime Minister’s Questions, MPs can make a valuable contribution to holding the Government to account.

One such device is the so-called Adjournment Debate, held for half an hour at the end of every sitting day.

A backbench MP can raise a topic of concern and some hapless junior minister must stay up well past their bedtime to make a reply.

Topics vary according to the MP, but often include constituency matters or particular concerns that the individual MP may have.

For instance, five years ago, dentist Sir Paul Beresford MP raised the topic of oral cancer in an adjournment debate.

Last week it was the turn of South West Bedfordshire Conservative, MP Andrew Selous, who used the Adjournment Debate to discuss ‘a very important but often overlooked issue’, the oral health of older people.

He said it was an issue that ‘often slips under the radar’ when we think about an older relative’s needs.

Maintaining good oral health, he said, can become much more challenging for older people with reduced dexterity, who may have more difficulty with brushing their teeth, as well as those with dementia, who may have difficulty communicating where they are experiencing pain.

In the debate Mr Selous drew the Minister’s attention to five particular areas in which more could usefully be done: training for health and social care professionals, access to dental services, the lack of data around older people’s oral health, the role of regulators in monitoring standards of oral care and the Government’s long-awaited social care green paper.

Replying for the Government was junior minister, Steve Brine MP, who pointed out that by 2032 there will be 13.5 million people aged 65 and over in the country and older people are retaining far more teeth, often heavily filled, than previous generations.

He admitted that frail older people, often living in care homes or supported to remain at home, can face real barriers to accessing the appropriate care and support they need to maintain good oral health. ​

In these circumstances a junior minister has three tasks.

First, he must speak warmly of the back-bench MP’s efforts in securing the debate, especially if, as in this case, the MP is on his side.

Next, he will outline what the Government is doing in the area and finally he needs to make some, usually vague, promises of future action.

Accordingly, Mr Brine mentioned NICE’s 2016 report on Oral health in care homes report, which sets out a number of recommendations for care homes to help maintain and improve oral health and ensure timely access to dental treatment for their residents.

Next, he said that the CQC’s dental inspection teams had joined adult social care inspectors on visits to about 100 care homes to gain a better understanding of the oral health care support for residents.

He also highlighted the ongoing work of NHS England and Public Health England to improve the oral health of vulnerable older people.

NHS England considers oral health for older people, particularly those in care homes who may be vulnerable, an important issue, the Minister said.

Prevention is better than cure

The pledges made by the Minister concerned another adult dental health survey and the forthcoming social care green paper.

On the survey, which is already a year overdue, Mr Brine said that ‘although there is not yet a date set for the next survey, no decision has been taken to discontinue this important source of information’, not that reassuring.

He said the green paper will be published ‘shortly’, and it will set out proposals to reform the adult care system, including ‘dental and oral health’.

It will be called ‘Prevention is better than cure’ and will do exactly what it says on the tin.

The Minister said he will engage with key dental stakeholders, including the British Dental Association, in the coming weeks.

Dentists need to remember that the importance of these debates is not what is actually said, but in the fact that important, and sometimes neglected, issues are raised and ministers are called to account for their actions or inactions.