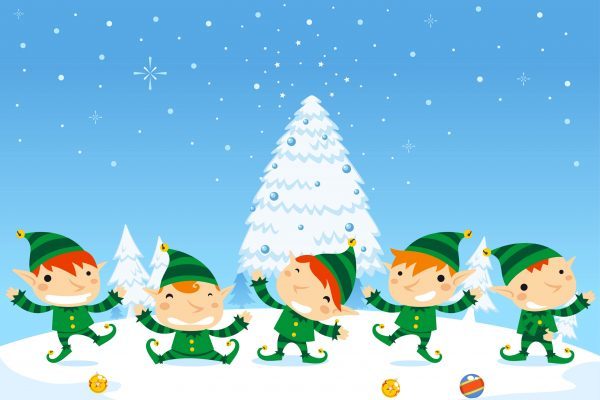 I received an email advising me that due to unprecedented workload, the elves and the pixies are a bit stretched this year.

As any NHS manager will readily confirm, the closer you get to the North Pole, the more acute the winter staffing crisis. So I have been doing my bit to help out, matching the right presents to leave under the Christmas trees of the right recipients.

Movie streaming is very popular with dentists this year. Amongst the favourites are The Crown, A Bridge Too Far and, of course, The Gums of Navarone. The Bone Collector plays well amongst dentists who place implants. Endodontists can’t get enough of Pulp Fiction and The Ipcress File. Advocates of digital radiography are big fans of Fifty Shades of Grey, and new graduates from the University of Central Lancashire just love Straight Outta Preston.

A big hit amongst orthodontists is Getting Straight, an early Elliot Gould movie from the year he exploded onto the movie scene with M*A*S*H. Living proof of the long-term benefits of orthodontics – little wonder then that so many orthodontists in the south of England are rejecting DVDs of both Stolen and The Disappearance, because they are still angered by the unilateral termination of their NHS orthodontic contracts. As heists go, it is right up there with The Great Train Robbery.

The General Dental Council (GDC) is building something. We aren’t sure what, as it has not yet shared the detailed, full- colour, 3D picture of what the finished product is meant to look like. It’s like having a bag of Lego with no box and no instructions.

What we do know is that, although everybody thinks that it doesn’t need all the bricks it asked us for in 2014, it still wants to hang on to them, just in case. You know, in case what it is building takes more bricks than expected. The GDC doesn’t want to run into the same situation that befell it last time it felt the need to increase the  annual retention fee (ARF).

As the GDC regularly informs the British Dental Association (BDA), there is no such thing as having too many bricks and possession is nine tenths of the Dentists Act anyway. The beauty of Lego is that the bricks can be re-used to create something else later. So whatever those bricks add up to, it will surely finish up as the pride of Legoland in terms of healthcare regulation. Exciting, or what?

A train set is the perfect present for the Department of Health and its plans for NHS dentistry. What else goes round and round in circles, continually ignores signals, endlessly rediscovers the same landscape, but insists that nobody has ever been there before, and repeatedly ends up exactly where they started? The parallels with real train franchises are striking too: everything runs late, everyone blames everyone else and nobody cares about how the passengers or staff feel.

Apparently, this is the 30th anniversary of the arrival of Sylvanian Families into the UK. A Japanese invention, they have done well to keep evolving as the world around them has changed beyond recognition. These cute little woodland creatures originally came (excuse the terminology here) in ‘conventional’ family sets of four. By this I mean Mr and Mrs, and two offspring. Delivering 2.4 offspring per family is not easy, even in Sylvania.

The same challenges face the card game Happy Families, which I am sure must be banned in many schools and households because of its grotesque stereotyping of family relationships, job roles etc. Instead of Mr Bun the Baker, Mrs Bun the Baker’s wife, Master Bun the Baker’s son and Miss Bun the Baker’s daughter, we have Dr Pill the medical GP, Mr Fitt her common law partner, house husband and self-employed personal trainer, and Miss Fitt, a slightly disturbed teenage daughter from Mr Fitt’s previous relationship with an IT consultant.

The problem with this new version of the game is that nobody knows for sure any more whether they have won or lost. Is it a family or not? Are they happy or not? By the time you find out, Christmas will be over.  But, on the other hand, it is a game in which there are no losers because there are no longer any wrong combinations. A separate, more existential and limiting problem with Sylvania is that many young children also find themselves asking: ‘What is a forest?’ or ‘What is woodland?’

Finally, if I appear to have left you off my Christmas list, my yuletide gift to you will be one of the newest generation of smartphones. In fact, it is so smart that it doesn’t allow you to send or receive any work-related emails or calls outside working hours, and certainly not over the Christmas and New Year period.

I am a huge fan of the 2017 change in French human rights law ‘le droit de se déconnecter’ (the right to disconnect), which empowers employees to ignore these electronic intrusions on their personal life. In some cases, employees can take legal action against their managers and employers who trouble them or expect replies outside their working hours.

Even that was not quite on a par with the German vehicle-maker Daimler, which in 2014 set up an innovative service for its workers when they went on holiday. Instead of setting up a traditional out-of-office reply, they could opt to have all new emails automatically deleted while they were away. How good is that?

In 2016, I thought Samsung was years ahead of the game when its Galaxy Note 7 devices were found to be bursting spontaneously into flames without warning. I was gutted when I learned that this was a technical fault, not a groundbreaking design feature provided as part of the standard package. I would happily have paid extra for that.

All the best for a great Christmas and a happy, healthy and successful 2019.