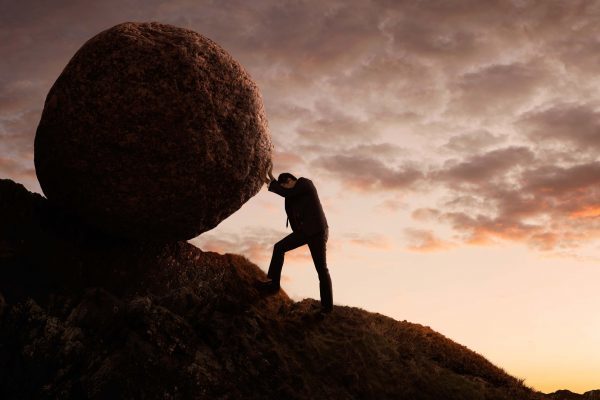 Gradual downhill changes can be dangerous for your practice. Alun Rees explains how it happens.

The phrase ‘shifting baselines’ was first used to describe change in the natural world.

Gradual change is slow, so significant variations are not perceived.

A person in their 60s examines the changes that have occurred since their childhood and sees significantly more change than someone in their 30s.

The younger person’s baselines will differ from their senior colleague so their awareness of total change will be far less.

The consequence is known as ‘generational amnesia’, when knowledge is not passed down from generation to generation.

We experience shifting baseline syndrome in our daily lives where reality can become distorted.

Instead of doing the right thing or the difficult thing we shift the baseline.

You used to be happy wearing 32” waist trousers, now you’re into a tight 36”; instead of measuring yourself against the 32” you’re trying to ensure the 36” feel comfortable.

One glass of wine in the evening became two and more, gradually you feel that as long as you haven’t opened a second bottle you’re fine.

Once glass ionomer was only used as an emergency or provisional restoration in posteriors, it’s now a ‘semi-permanent’, you blame UDAs.

You give up trying to change patients who say, ‘if it ain’t broke don’t fix it, doc’.

The persistent perio patients who don’t comply are now accepted.

You change to cheaper impression materials and ‘make’ the crowns fit.

Once you communicated with all your team members and welcomed feedback, now you now find excuses to avoid morning huddles, meetings and eye contact.

When your baseline performance standards shift in the wrong direction, your trajectory is downhill.

Are you still working and living according to the same values that you once embraced or have your baselines shifted?

Gradual change is difficult to detect; it feels comfortable and attractive but is insidious and dangerous.