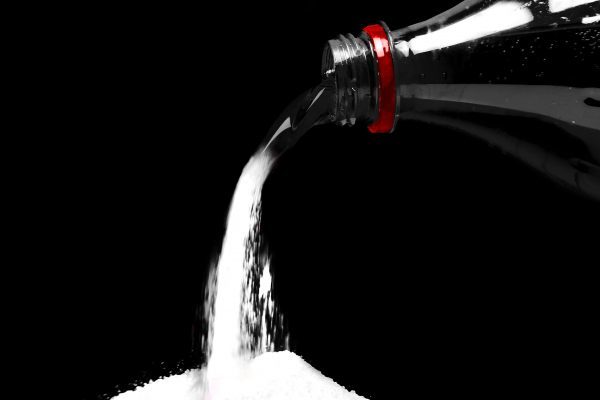 The additional money raised by the sugar tax is just going to go back into Government hands and not help dentistry, says Kevin Lewis.

So, after all the huffing and puffing, the sugar tax became a reality earlier this month. Introducing this without any clear and substantive steps being taken in advance of its implementation to encourage a little more huffing and puffing of an aerobic/exercise variety, sent out some very mixed messages. Was this a welcome public health ‘nudge’ to consumers, to make them less likely to purchase the drinks with the highest sugar content? Or an example of the nanny state interfering in consumer choice? Was it a long-overdue nudge to the drinks manufacturers to reduce the sugar load and thereby avoid the new Government levies and make themselves more competitive? Or a political gimmick, taxing one particular source of ‘hidden’ sugar – because it was simple, convenient and politically and socially uncontentious to target – while ignoring many other sources of unproductive calories and contributors to dental caries? In which case, was this in fact little more than yet another deceptive stealth tax to raise additional revenue under the guise of an innovative health initiative?

This tax, while brave enough, really has split opinion in all kinds of ways and the pro-sugar lobby in the food, soft drink and confectionary will be working hard and using their legendary dark arts and deep pockets to make it as embarrassing for the Government and as unpopular with consumers as possible.

It is estimated that about half of the soft drink producers have taken at least some steps to protect themselves against this levy in some way. And let’s face it, health promotion has been relegated to the sidelines of this issue, having become more centred around the financial implications of the levy for the consumer, the manufacturers and the Government.

It was interesting that a giant like Coca-Cola – heavy sponsors of FIFA and world football, the summer and winter Olympics and a founding partner of the special Olympic movement here in the UK (as if its social and health promotion credentials were ever in doubt) – should have taken a commercial decision not to change its classic formulation, while other well-known brands have elected to make the changes necessary either to avoid the levy altogether, or to mitigate the worst of its impact.

The levy incurs a cost of 18p/litre for manufacturers of drinks with 5gm/litre or more of added sugar, but this increases to 24p/litre once the added sugar load exceeds 8gm per litre. Making the change has a cost attached anyway, and rather than reacting, manufacturers can choose to ignore the ‘nudge’ and either absorb the extra charge themselves or pass on some or all of it to consumers through their pricing or packaging strategy. Perversely, incredibly acidic fruit drinks with no added sugar are not subject to the levy, so corporate profits enjoy greater protection than tooth enamel in that instance.

I do ‘half-buy’ the argument that consumer choice should be informed, voluntary, free and unconstrained by coercion. But a government (of any political persuasion) that is trying to maintain an NHS that is funded by the public, for the benefit of the public, has not only the right but – in my view – the responsibility to encourage a sense of mutual accountability.

As individuals we can currently make all kinds of poor health and lifestyle choices, and expect everyone who is making better and more sensible choices to underwrite our decisions, not just financially, but in terms of waiting lists, bed occupancy and so on. But that doesn’t make it right, or fair. Someone who pays a lot of tax has neither more nor less right to make misguided decisions, than someone who pays nothing at all in, but is a heavy user of health services and social care. The decision as to equity is one we take at the ballot box and in the kind of nation we aspire to be.

But the state is in that sense the custodian and overseer of the mutual relationship between members of society. The honesty of the relationship between the state and each of us, individually and collectively is something else, however, and having given the state the benefit of the doubt in the respect outlined above, I am left with more doubt than benefit in other respects and it is this that calls into question what the Government’s motives really are. And here I mean any government, on any issue.

Take the ‘stealth tax’ theory in the current ‘sugar tax’ debate, for example. The initial Treasury forecasts were for £500 million pa of additional revenue, which would be (we are assured) invested into promoting better dietary habits and more exercise amongst schoolchildren – at least, in England – through breakfast clubs and sports initiatives.

This estimate has since been revised down by about half, on the basis that many manufacturers had signalled their intention to cut the sugar content of their products or had already implemented the change in the lead-up period. Will the Treasury make good any ultimate revenue deficit to continue the promised fight against obesity, diabetes and tooth decay? Or is the deal now off, and an early return to huffing and puffing on the cards, because the state never actually wanted to pay for it?

This month’s 5% increase in dental patient charges is a shabby and cynical ploy – the latest of many – to minimise Government investment into primary care dentistry, targeting those who are liable to pay this state stealth levy.  Coming in tandem with the relentless race to the bottom that we are seeing in terms of the commissioning and procurement strategy, it ensures that more and more patients will lose the last vestiges of any kind of state subsidy for their dental care, while trusting the NHS’ assurances that they are NHS patients being financially supported by the NHS.

It is a state-sponsored deception, at best. It also ensures that more and more dentists and their staff will spend more and more of their time, collecting revenue for the Government that has nothing at all to do with the dental care and treatment they are providing for the patients in question. The fact that the Government pays them nothing at all for this revenue-collection service sprinkles salt into the wounds. Knowing that much of the money that this deception earns stays at the disposal of NHS England, and is then redeployed elsewhere in healthcare (with credit being taken by the Government for the investment) rubs that salt deep into a wound which is long overdue for some exposure to a bit of air. The kind of air that the BDA gave this subject in a very good press release timed to coincide with the higher charges coming into effect.

In England, as highlighted in a separate robust BDA press release this very month, reducing child tooth decay is still a work in progress and even the latest initiative ‘Starting Well’ has not yet lived up even to its own name. The irony of that fact would be quite sufficient, even without the fact that no ‘new money’ supports ‘Starting Well’, yet the Treasury has no shame in holding out its hand to pocket the anticipated additional revenue from the sugar tax and patient dental charges. Perhaps the Government should have kept the name ‘Starting Well’ up its sleeve, to be rolled out for something that was actually showing signs of doing so.