Dr Hadiza Bawa-Garba – a risk to the public or simply a scapegoat? 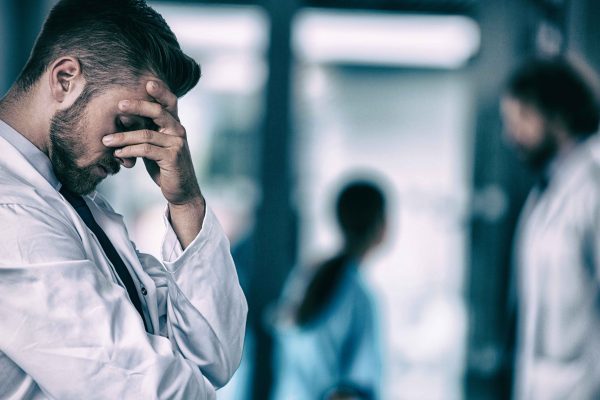 Dr Hadiza Bawa-Garba – a risk to the public or simply a scapegoat?

Neel Kothari says the way the Dr Hadiza Bawa-Garba case was handled is worrying for all those working in healthcare.

By now many of you may have heard of Dr Hadiza Bawa-Garba, who was convicted of gross negligence manslaughter (GNM) in 2015 over her involvement in the death from sepsis of a six-year-old boy, Jack Adcock.

Tragedies such as this remind us why professionals need to reflect upon their practice and the dire consequences that are possible when working under increased pressures, but sympathy with Dr Bawa-Garba’s situation has been so widespread it has even led to the hashtag #ItCouldHaveBeenMeToo.

Dr Bawa-Garba’s unit was reportedly working a double shift, in an understaffed unit, with insufficient consultant cover and a higher than average number of patients.

IT failures led to test results being delayed and her hospital had no system for onward referral of deteriorating patients to senior colleagues – a recipe for disaster, which shows how fluctuations in care levels can overload an already overstretched system.

Worrying for all healthcare professionals were reports that parts of Dr Bawa-Garba’s honest reflections on this event were used against her by the GMC.

Dr Pallavi Bradshaw, senior medicolegal adviser at the Medical Protection Society, reported that: ‘It is important to clarify, that at no point during Dr Bawa-Garba’s criminal trial was an e-portfolio presented to the court or jury as evidence – either in its entirety or partially.

‘In fact, the court was clear that reflections were irrelevant to the facts of the case and that no weight should be given to any remarks documented after the event.’

Former Crimewatch presenter, Nick Ross (ethicist and president of the charity Healthwatch), wrote an open letter to the chair of the GMC, Terence Stephenson, with the unsettling view that the GMC may have been influenced by negative tabloid coverage, raising the concern that vengefulness, xenophobia and racism may have played a part in this verdict and suggested that the GMC has acted as an ‘erudite and urban kangaroo court’.

Whilst there are parallels with many other underfunded NHS services such as dentistry, there is simply no comparison with the loss of a young child’s life through error.

What’s worrying here is that the fault has been deemed to fall solely upon those at the front line working under immense pressures and that other colleagues feel this could equally have happened to them.

Without commenting on Dr Bawa-Garba’s conduct, I do get the sense that the need to find a villain has led to the criminalisation of a promising young doctor, yet the faceless bureaucrats determined to drive ‘efficiency’ into healthcare face no real reprimand.

How many more stories like this will we hear before we accept that clinicians alone cannot fix a broken system?