What should the BDA’s GDPC be fighting for? 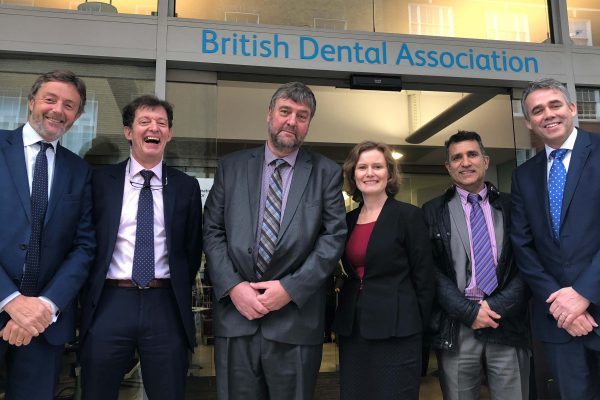 What should the BDA’s GDPC be fighting for?

After the latest re-elections for the BDA’s GDPC, Michael Watson looks at what it should be campaigning for this year.

First of all, congratulations to Henrik Overgaard-Nielsen on his re-election to the chair of the BDA’s General Dental Practice Committee (GDPC).

The picture of his executive committee, which appeared on the BDA’s website, did look a bit middle-aged, middle-class male, with the exception obviously of one of the committee’s vice chairs alongside Shawn Charlwood from Lincolnshire.

It does look, as so often happens in BDA elections, like business as usual, where one might reasonably think that new ideas, new policies are needed.

Henrik’s statement on talking office gives little cause for hope.

He said: ‘Across the UK hard working dentists face a toxic mix of underfunding and overregulation, with terms and conditions under constant attack.’

He blamed ‘official indifference’ and said his committee would ‘continue to ensure (the Government) appreciate the necessity to pick up the pace of reform.’

So new thinking there then.

Speaking to a local newspaper in the north east, about a large practice that was going private, Henrik said that, ‘on top of limited funds, many practices failed to meet compliance and are actually forced to pay back money to the NHS.’

That will get cheers from the profession, especially those affected by clawback, but not from NHS England or the Government, who see under-delivery of UDAs as a perfectly justifiable reason for taking money back.

No, the real scandal is that the money recovered is not ploughed back into dentistry, but is spent elsewhere in primary care.

The GDPC should be campaigning against this, not clawback.

As far as policy is concerned and the new contract, the BDA’s position can be summed up in three words: ‘we want prevention’.

A noble aim, but after seven years of pilots and prototypes are we any nearer fulfilling it?

For the past 70 years, since the NHS was founded in 1948, governments have seen their priority to ensure that anyone who wants to be seen under the NHS can be seen.

In a word – access – and the GDPC needs a policy that will ensure that, within the existing financial restraints that apply across the NHS, everyone can access NHS dentistry.

Once that is done, they can look at changing the contract to encourage prevention.

752d
|
Blog
Dentistry Online uses cookies to give the best experience. If you continue to use our site, we will assume that you agree to the use of such cookies. Read More.
Accept