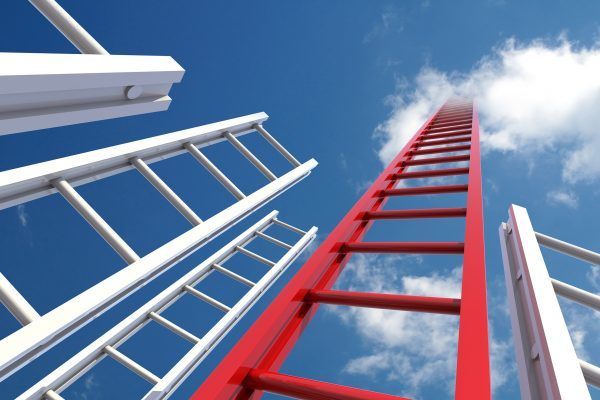 Some people you don’t forget easily and Dr Sunil Hirani is one such person. Whilst his sheer energy and passion effortlessly radiates from him he remains, nonetheless, quietly unassuming too.
In 1996 with dental school behind him Sunil set about shaping his dental career. He already had clear goals in mind. Not surprisingly his number one priority was to gain as much ‘on the job experience’ and knowledge as he could. In reality this very often translated into holding down three different dental jobs, making all his waking hours pretty much spoken for. His mix of work, which spanned working in numerous orthodontic departments in hospitals, as well as  NHS and private practice, gave Sunil what was to become an invaluable insight into the mechanics that drove this vast dental machine. Not one to be dormant, he embarked upon achieving specialist orthodontist status by 2003.
Regardless of which environment he worked in, he noticed the primary concern was always the same – to deliver excellent care. However, what was evident was the lack of consideration afforded to the patient for the ‘emotional journey’ they were undoubtedly on and why they had arrived at this juncture. Surely it was possible to not only delivery excellent care but to complement this with a patient journey that truly excelled?

With his now GDC registration as an orthodontic specialist done, Sunil still didn’t feel ‘special’ enough. He was still a fish in a very large pond of orthodontic specialists. He not only craved his own USP, he knew he had to find one if he was to stand out from the crowd. It was time to reset his sights and this time raise the bar again which is why he settled down to two and a half more years of study. The outcome this time was consultant orthodontist. At last he felt slightly more comfortable. This UK pond only had about 300 consultants in it and was serving an audience of some 60 million. This was the trigger that would propel him towards his vision.

Knowing that the regular National Health Service channels were severely underfunded and this was not a situation that was likely to change, there was only one solution – to create the business to nurture his vision himself. This fact and his own belief that self-development maketh the man, became very much the springboard from which SmileLux was to ultimately appear.

Even now he accepts that the emotional and financial commitment he faced to set up such a specialist practice from squat was colossal. You can’t just dream it and then expect it to appear. The cost alone is enough to give most people nightmares, leaving many derailed and others compromising their dream. He knew he sought only three things in return:
– To be happy
– To enjoy his work
– To earn a reasonable salary.

For his dream to stand any chance of being realised, the private sector had to be the avenue of choice, which meant Sunil was about to set himself another huge task. After working all day in hospital and various other practices he returned home to work as many hours again, averaging 18-20 hours per day. Researching everything he could on how to merge these two core principles and translate them into growing a successful practice of his own: Delivering the highest level of orthodontic care

and extreme excellence in customer service.

Every market where customer service truly excelled, at home or overseas, was ripe for learning from and became fundamental in the development of his overall plan.  Some would say aspirational but Sunil wanted to emulate the success that corporate giants enjoyed and he knew that their reputation for excellence of service had to be key. When you realise that customer service is the only measure you can offer a prospective dental client to base their buying decision on, it has to be clearly demonstrated from the outset. Sunil sets his bar and then some and lives by his belief that when a client enters the SmileLux building, everything that assails their senses from that point on should only serve to aid the decision-making process.

Having got this far, the next big question had to be ‘where’ he should set his practice up. There was no doubt in his mind that that day was coming. He travelled the length and breadth of England visiting existing practices that were for sale but he always left with the same feeling – they didn’t resonate with his beliefs and values. So why would he buy one that he was then going to have to painstakingly take apart before he could set the foundation stones for his vision?

Being a great believer in ‘if you cannot find it, you create it’, many more hours of research was needed until he identified Milton Keynes as the pivotal energy centre he was looking for. An area for undeniable growth that was already receptive to the extraordinary business model he was going to create.

For many this might well have been where the thousands of hours of research ended, but Sunil knew he had hardly scratched the surface. To create an amazing business requires two things beyond your proven skillset – great leadership and great management. No matter how skilled the dentist, setting up a practice is a multi-layering process of people. He knew his strengths and weaknesses and selecting the right people for the right job wasn’t in his area of expertise, so he needed to find that ‘special’ someone. As always he wanted more than that though, he needed someone who could see and understand his vision as well as he did. The question was finding that person.

When all his paths of enquiry seemed to lead him to the same person, the person referred to as the ‘Gordon Ramsey of the dental world’, he felt confident he was onto something. Forward planning was never something he was short on so he arranged a meeting in 2008, two years before SmileLux Specialist Centre would actually open! If you have ever believed in energies working together for the good of the whole – Sunil knew he had just found the person he needed.

Knowing that recruitment and training were well covered this allowed Sunil to continue playing to his strengths.  From purchasing the right property to conducting a high spec fit-out that more closely resembled an Apollo space mission, meeting not only immediate needs but possible future ones too.

Tracy Stuart, was in sole charge of recruitment from the first team member to the last. Once recruited they were put into an intensive training programme with Tracy, until customer service excellence resonated from their DNA. No excuses. Sunil is a great believer that Tracy isn’t a flavour that everyone will like but for the serious dental organisation she is the only ticket.

Looking back Sunil says: ‘With Tracy’s help we never picked the apples from the ground, we picked the apples that were ripe and still hanging on the tree. It is because of Tracy’s involvement and ongoing commitment to training we achieved the success and multi-award winning status we currently enjoy.’

The new team became the beating heart of the business and nobody was out of step. We knew with confidence that our foundations were in place and everyone had the right attitude to best serve the patients. Tracy’s involvement has never ceased and Sunil believes she embodies her hard earned reputation as the most unique trainer on the dental scene today. Never failing to bring a vibrant, positive energy and adding new and fresh perspective into SmileLux and its team.

As a leading multi-award winning Specialist Ortho Centre, the SmileLux philosophy is the same today as it was at its outset –
‘It’s not about you, it’s not about me. It’s not even about what we do. It’s all about the person who comes through the door.’