Some good news at last 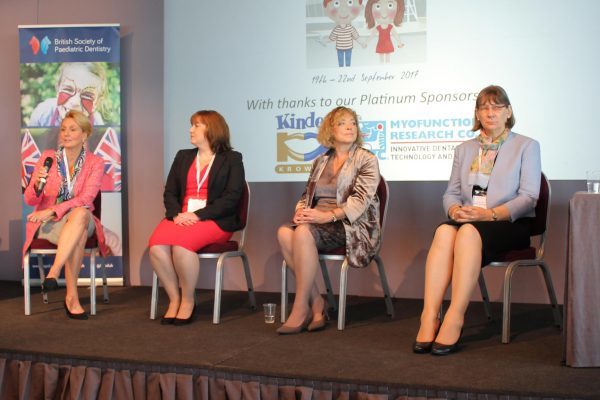 Some good news at last

The launch of the Dental Check by One programme is at last some good news for dentistry, Michael Watson says.

Do you want the good news or the bad news, they sometimes ask?

For those watching BBC TV’s Breakfast last Friday morning at a quarter to eight, the bad news came in the graphic form of a pot of extracted childrens’ teeth.

They had been brought into the studio by newly-installed president of the British Society of Paediatric Dentistry (BSPD), Claire Stevens, who was appearing on the sofa with chief dental officer (CDO) for England, Sara Hurley, at the launch of Dental Check by One.

The teeth had been extracted by Claire in one session and demonstrated vividly the ‘national scandal’, as one Minister described it, of children being admitted to hospital for entirely preventable dental extractions.

The good news is that the BSPD, working with the Office of the CDO, are doing something about it, by encouraging parents to bring their children for a dental check before their first birthday.

The launch of Dental Check by One was the highlight of the last day of the BSPD conference in Manchester last week.

Friday morning started with an inspiring and, at times, personal talk from Ingrid Perry, co-founder and secretary of the innovative child prevention programme, Teeth Team.

Next delegates had the opportunity of listening to the chief dental officers of Scotland (Margie Taylor), Wales (Colette Bridgman) and England (Sara Hurley).

Childsmile has been running for some years in Scotland with impressive results, as has Designed2smile, which was launched in Wales in 2010.

However, as Sara Hurley has pointed out, in England responsibility for healthcare is split between the Department of Health, NHS England, with its regions and area teams plus Public Health England overseeing over 150 local authorities.

This means that implementation of Dental Check by One and other measures to address prevention in child oral health is a challenge that has to be addressed locally rather than nationally.

In this respect, it is significant that organisations across healthcare have pledged their support, so that ‘whether parents are in a surgery, clinic, school, hospital or their own home they are informed of the importance of taking their child to the dentist before their first birthday.’

Claire Stevens, who earlier this year challenged all the 22,000 dentists in England to see four more under two-year-olds, so that they could bring down the number of general anaesthetics for dental extractions.

She reported at the launch that in Manchester, where she heads a managed clinical network, that dentists and their teams were enthusiastic about the scheme and discussing how it could be implemented at practice level.

End of the beginning

I was reminded of Churchill’s words after the 2nd Battle of El Alamein in 1942: ‘Now this is not the end.

‘It is not even the beginning of the end.

‘But it is, perhaps, the end of the beginning.’

Yes, I thought, as I stepped out into a rainy Manchester that afternoon, at last I have heard some ‘good news’.