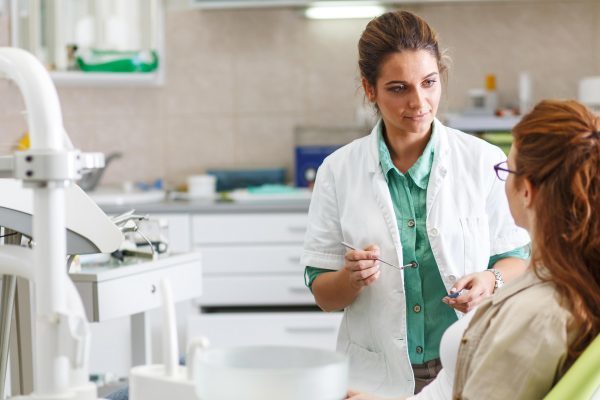 The Department of Health should be a little more bothered about the missing 50% of patients who can’t get access to an NHS dentist, Kevin Lewis says.

It was the first week of September and there was the first chill wind of autumn in the air, both when you stepped outside your front door and when you chose not to. It was triggered by the BBC-initiated story that about half of the dental practices in England were not accepting new adult patients for NHS dental treatment. There was reportedly a slightly greater appetite for accepting new child patients, but in some parts of the country – including some quite surprising parts – even that picture looked pretty bleak and the overall local picture was even bleaker than the national one. As ever, the rest of the media entered the fray not entirely sure who to blame but for a day or two there was a real risk of a Pavlovian dentist-bashing reflex from the usual suspects.

The press coverage of this news item happened to coincide with a few days when I was travelling around the country, so in addition to the national media coverage I was treated to several regional variations in how the story was presented and spun on regional TV and in the local print media. And very illuminating it was too because of the subtle differences which reflected nuances in the local and regional pictures.

First prize goes to Henrik Overgaard-Nielsen, chair of the BDA’s General Dental Practice Committee, for his masterful economy of words in landing the killer point in the argument with such deadly precision. The Government, through its various commissioning vehicles, places a finite limit on how much dentistry it chooses to commission, and for reasons best known to itself it does so in the knowledge that only half of the population is being catered for. That is the story. Period. Henrik’s authoritative delivery ensured that nobody went off in search of another story because this one had a beginning, middle and end that everyone could relate to. If you walk into your local supermarket with no money, you won’t be needing a trolley because you won’t be walking out with anything to put in it.

‘Am I bovvered though?’

When dentistry hits the media, however, it is sometimes necessary to cut off the slip roads down which the arguments have an irritating tendency to drift – notably dentists being self-interested and primarily motivated by money. Here the bias and preconceptions of individual journalists and reporters need to be understood and addressed or you can quickly find yourself with a starring role in a story you neither anticipated nor intended. Unless we tell them, journalists may not realise that dentists face direct financial penalties if they fail to get within a narrow margin of the dentistry they have agreed to provide; not only clawbacks if they under-deliver but also being left to carry unremunerated direct costs if they are careless enough to over-deliver. But there are no such penalties for the Government when as a matter of deliberate policy not even 50% of the population will be able to access NHS dentistry.

The BDA’s press release got this across very tidily and the Department of Health and NHS England was left playing catch up – a refreshing change. You know you are on a roll when the response is a cross between an ‘am I bovvered though’ complacency, disinterest and self-denial and mostly consists of quoting gratuitous high level macro statistics rather than offering any substantive counter-arguments that have meaning and relevance at the micro (individual patient) level. It was abundantly clear that the Department of Health, Public Health England and NHS England were not in the least ‘bovvered’ but hoped that they had said enough for the story to blow over with the journalistic silly season nearing its end.

In bygone years we all talked a lot about the ‘missing 50%’, meaning the non-attenders. A different 50% are now ‘missing’ – and for many of them it is not for want of trying to be found (and treated). One of the regional spokespersons I saw in a TV interview also made the valid point that the current (UDA) system also directly conspires against the very people who might need dental care the most, and/or need the most dental care (not necessarily the same thing). That is the fault of the system and its inherent inflexibility, not the fault of dentists nor indeed of those patients who can’t find a dentist willing to accept them.

I don’t claim to have seen all of the regional coverage so I may have missed someone making another important point about the missing 50%. It is a more technical point and quite difficult to get across to a lay audience. Some patients are ‘missing’ because they are seeking and receiving treatment privately, and because they have chosen to do so, not because they have been forced to do so. But the rest of the ‘missing 50%’ is likely to include a high proportion of those who are not liable to pay NHS charges and for socio-economic and other reasons many of them need a lot of treatment. With no patient charge revenue these patients are the most expensive for the NHS to provide for, and keeping a tight lid on the overall commissioning of dental services is a clever (if sneaky) way to contain demand and therefore costs arising from these patients. NHS England claimed that 95% of people who ‘wanted’ to ‘see’ an NHS dentist were able to do so – one of those wonderful mealy-mouthed statistics that can be neither proved nor disproved but gives the impression to a passing journalist that you are keen to provide them with every assistance short of actual help.

Imagine how the access picture would change if (for example) dentists could claim enhanced UDA values – or even fee-per-item – for any patients who had not attended for, say, two years or more. A Government that genuinely wanted to reach these patients might have thought about those options already, one would have thought? A cynic might conclude that this thinking has already taken place, and the potential cost calculated, which is precisely why nothing has changed. This particular genie is thought to be safer in the bottle, perhaps? Yet even now the NHS Choices website proudly (and misleadingly) proclaims to every patient in every corner of England that: ‘The NHS will provide any clinically necessary treatment needed to keep your mouth, teeth and gums healthy and free of pain’. For the patients interviewed by the BBC who have tried in vain for up to two years to be accepted for NHS dental care, this begs the obvious questions such as…Which NHS is this? Where can I find it? and when does it open?

Another of the regional spokespersons got across very nicely the fact that in many parts of the country there were dentists ready, willing and able to provide more dental care – but there is no NHS funding being made available to pay for it, so patients and dentists are being deliberately kept apart by the system instead of being brought together in the public interest.

I wonder how long it will be before ‘the missing 50%’ will be a term reserved to describe dentists who graduate from UK dental schools but never (apart from any foundation training they undertake) work in the NHS. It is difficult to imagine a better way to bring such an outcome to fruition, than the present demoralising shambles of a GDS system. It is nicely summarised by a young dentist (two to three years out of dental school) to whom I spoke a few weeks ago. She told me that she and many of her former classmates already realised that they would have to place on hold any aspirations they had to practice the high quality dentistry they had been trained at university to provide – at least until they had paid off their student debts and were in a position to get a job in the private sector. The real tragedy is that she meant it, and there are plenty of others like her – and it did not occur to her that she was saying anything extraordinary. Perhaps we should all be at least a little ‘bovvered’ about that.