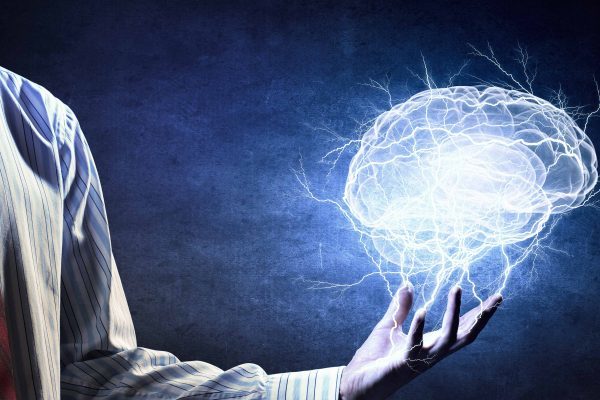 August can be a pretty quiet month in healthcare, with a great deal of nothing very much happening. But not this year. In fact it has all been rather fun to observe from the beach, pool, garden, decontamination area or wherever else you have spent your time.

The arrival of Professor Stephen Hawking onto the stage at the Royal Society of Medicine is a noteworthy event on any day. But his appearance at the end of ‘Talk NHS: A public debate on the past, present and future of the NHS’ a few weeks ago crowned a day packed with many prominent, eminent and well-informed contributors. It may not have been in the early hours of a January morning with winter flu reaching its crescendo, but it was late on a Saturday at the height of the holiday season, so it had many of the essential ingredients for the notorious ‘weekend’ effect that Jeremy Hunt flags up as times when bad things are more likely to happen in healthcare.

It seems that his worst fears were justified, because Professor Hawking seized the opportunity provided by this prominent weekend platform to rip into our Jeremy with gusto and to rubbish his headline policies for the NHS. Stephen Hawking is a passionate and outspoken supporter of the Labour Party, it must be recorded, but he accused the Health Secretary of ‘cherry picking’ evidence that suited his drive for a 24/7 NHS and of suppressing any evidence that undermined his campaign. He suggested that this, and the Secretary of State’s long-running battle with the junior doctors over contract reforms and new working arrangements, were all part of a cunning plan to privatise the NHS and usher in private health insurance as in the USA.

Normally politicians go to ground in August, but Sarah Wollaston MP, the (Conservative) chair of the Health Select Committee – who I rate very highly – was there at the RSM ready to stand up and be counted, and Jeremy Hunt already had lead in his pencil preparing his response in an article for the Sunday Telegraph.

There then began a pretty vitriolic war of tweets and other public statements, each doubting the good faith of the other’s arguments, which you have probably seen, heard, or otherwise followed. The Health Secretary was not afraid to punch his weight either, nor defer to the aura that often surrounds Stephen Hawking. He referred to the ‘privatisation’ allegation as ‘a malicious falsehood’ on the part of the good professor. But there was even better sport to be had in The Independent, which commented: ‘It’s brave of Stephen Hawking to get involved with a great intellect like Jeremy Hunt’.  It continues ‘How many times denser than the average black hole would a chap need to be to accuse a man – who has devoted himself to unravelling truths hidden deep within massively complicated data – of maliciously telling lies capable of being disproved in moments?’

All brilliant journalistic commentary I thought. But it got even better, ‘…and in the blue corner, fighting out of the black hole under his desk where he hides whenever things get tough, the Secretary of State you love to hate, its Je…re….my……Huuuuuuuuuunt(etc)’. While respecting Jeremy Hunt’s ‘balls’ (sic) on this occasion to enter the ring at all, especially when the summer recess provided the perfect cover for dodging this perilous bullet, it questions his wisdom and judgement in taking on a national – if not global – treasure in this way. ‘A Health Secretary with a brain bigger than his gonads would have reacted differently when Hawking raised his concerns.’

Love, war, and the NHS

They say that all is fair in love and war but the relationship between the NHS and the under-seige staff who keep it alive and kicking despite itself, sounds less and less like love and affection with every month that passes. Now foundation dentists are receiving the same coded message that greeted the junior doctors last year and again this year – we value you so highly that we are going to give you a below-inflation pay rise of only 1% (and only 1.14% for GDPs to include practice expenses). To add insult to injury, the service cost reimbursements to FD trainers (aka educational supervisors) are to be frozen again.

This is no way to make the NHS books balance and infact it is the cheapest of all cheap shots because it kicks people at the very start of their professional career and tells them all they need to know about how much the NHS really values them. Ironically, the ‘saving’ could have been paid for many times over out of the money that is being snatched from dentistry by stealth and redeployed elsewhere in the NHS. It looks more and more like an incompetent agency waiter struggling to cover a 6ft table with a 4ft tablecloth.

It is well recognised that the NHS abounds with myths and they don’t become facts just because they are continually repeated. Stephen Hawking has a point when he points out that you insult the intelligence of people who have had scientific training, when you abuse evidence and/or rely on false assumptions. And when you do it for your own ends, you compound that insult. Donald Trump would probably dub it ‘fake data’.

Some of the greatest illusions of the NHS are to be found in the most counterintuitive of places. NHS procurement is one such area – an industry of smoke and mirrors that convinces itself that you can always get the same goods or services for less with no appreciable downside risks, that size and buying power always results in cost saving, that cheaper is always desirable, that being paid less and more slowly is not irritating, and that nobody ever resents being asked to discount the price for their services or behaves differently as a result.

But some types of purchase also have a deceptive inbuilt dis-economy of scale; the smaller buyer placing orders for less volume but having a better and more respectful relationship with the seller, can do a consistently better deal than the big buyer. Every day in the NHS, small dental practices can buy their everyday supplies at a much lower cost than the expensive behemoth of NHS procurement is able to deliver for NHS trusts. Trust staff have to order via NHS procurement even when it is a lot more expensive to do so. Strange but true. People are being paid good money to maintain the self-serving illusion that NHS procurement is the gold standard of healthcare purchasing, and their arrogance and self-delusion and refusal to look beyond the official mantra, bleeds money out of the NHS creating a black hole that even Professor Hawking would struggle to explain. Sadly it is a black hole that then has to be re-filled by raiding the pay packets of front line clinical staff including dentists. Could someone please ask Stephen Hawking whether black holes might contain the sense of priorities that seem to have disappeared from the NHS?