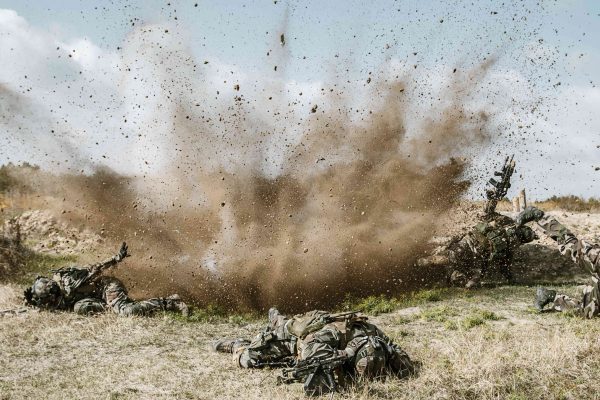 ‘Psychological shrapnel’ is bad for businesses creating an atmosphere of ‘us and them’, Alun Rees says.

Cartoonist and consultant, Hugh MacLeod, recently introduced me to the phrase ‘psychological shrapnel’.

The phrase is adopted from the system of shells devised by Major-General Henry Shrapnel in the early years of the 19th century.

The use of shrapnel as an anti-personnel weapon meant that more enemy soldiers could be killed or wounded in a shorter time as the shell exploded and indiscriminately scattered metal fragments.

Its psychological equivalent is used in organisations, both large and small, where one of the roles of management is to subdue the will and spirit of employees.

The aim is to get a work force that does what it is told, doesn’t question instructions and toes the line.

In these institutions, and dental businesses are by no means exempt, there exists an atmosphere of ‘us and them’.

The culture of the practices that behave like this can be poisonous and this is reflected in the way that team members behave.

A major outcome is increased problems of under performance and lower productivity.

This only leads to greater pressure from the management side on team members.

It is implicit that there are sides taken and, by extension, if one side wants to feel as if it is winning then it must be at the expense of the other side’s loss.

The problem with shrapnel, psychological or otherwise, is that it is indiscriminate and the risks are that both good people and the bad will suffer equally.

Businesses whose guns are only loaded with shrapnel are in no position to change their approach; their culture plays a game where any blame can only be passed downwards.

Only in extremes is there ever an acknowledgement that a problem exists at the top and must be addressed.

654d
|
Blog
Dentistry Online uses cookies to give the best experience. If you continue to use our site, we will assume that you agree to the use of such cookies. Read More.
Accept