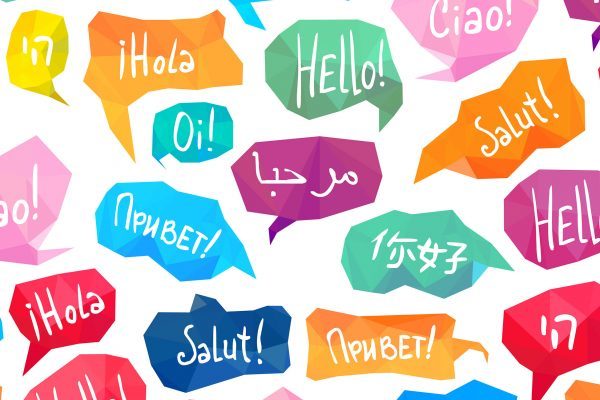 The GDC’s intentions are sound, even if they do get lost in business jargon, says Kevin Lewis.

Some years ago I was lecturing in Istanbul at the Turkish Dental Association Conference. My command of the English language is streets ahead of my Turkish, so like most of the other international speakers I was speaking in English and the text on my slides also appeared in English. My topic was one on which I had lectured many times before, so I was just getting into my stride with familiar material when I noticed that one section of the audience was laughing quite loudly at an unexpected – and dare I say, inappropriate – point in the lecture. Within a few minutes this was being repeated, for no logical reason, with other groups and individuals in different parts of the auditorium and to be honest I was finding this a little disconcerting.

Then a woman seated in the front row, right under the speaker’s podium, started rolling about laughing, shaking her head and wiping tears from her eyes. Because I could see her so much more clearly in the dimly lit room, I noticed that she was wearing headphones.

Picture my realisation, if you would indulge me for a moment, that I was lecturing to an audience of several hundreds of people who collectively spoke at least a dozen different languages. Sadly, none of these languages seemed to be the one in which I was lecturing. These headphone-wearing members of the audience were each being fed a somewhat random summary of what I was saying, in a language of their choice, via one of a series of interpreters who were based in a row of little cubicles at the back of the room.

Inevitably some of these ‘simultaneous translators’ took longer than others to work out and relay what I was saying and ideally, relate it to the slides on display at the time. So much longer, infact, that I could be four or five slides further into my lecture before the attendees from the Azerbaijani exclave of Nakhchivan received news of the joke I had told a few minutes earlier. But I am pleased to report that when they finally heard it, they loved it. Unless of course they were laughing at the previous joke 14 slides back. I will never know for sure – it may have been translation but it certainly wasn’t simultaneous.

In fact, by the halfway point in my lecture it had descended into such chaos that even I started to find it quite funny. Strangely, I haven’t had a return invite to speak there again. Quelle dommage (let’s see what the Serbo-Croat interpreter makes of that).

On more and more occasions as time passes, I and plenty of others in the dental world are finding ourselves in a very similar situation to that audience in Istanbul. I am listening intently but someone appears to be speaking a strange and unfamiliar language. It is either the speaker or the people around me. Sometimes both.

The problem with jargon, virtual language, and management speak, is that it quickly becomes normalised and mainstream and everyone feels compelled to adopt it, because if cool, clever and important people use it, then you too can become cooler, cleverer and more important by using it too. People start using these terms and phrases instead of English because it bestows a gloss of ‘faux-cred’ on anything they say – which is important if you have nothing worthwhile to say in the first place.

While ordinary people are measuring useful things and looking for additional practical detail, members of the designated inner circle (DICs) and the even bigger DICs they enlist as consultants, use metrics and seek granularity. DICs are on a never-ending search for deliverables, tangibles and enablers, continually ‘onboarding’ gullible people that they can teach this new language to, or who are already fluent in it. Utilising an embedded hybrid matrix of top-down and bottom-up methodologies they are taking the recently onboarded faithful (and any surviving longstanding employees who still reflect fondly on the times when English was still spoken) on a transformational journey from ‘as is’ all the way to ‘to be’ via a few pilots, models and prototypes. There is nil appetite for, and certainly zero tolerance of, any optional non-compliance.

DICs also drill down, take a deep dive, hook up, reach out, touch base and take a raincheck when ordinary people think it’s enough to get on with their day job and communicate with their colleagues by actually talking to each other. How yesterday is that when 140 characters is still more than ample for the US President?

DICs are solution-oriented [sic] and outcome-centric [extremely sic] and when the rubber hits the road their outputs are sprint-based and scalable. Through operationalising key processes, synergies can be baked in and optimised. And FYI, internal audit are aware of the CSFs and can validate performance from the CTR, KPIs and RTD generated by BAU. DICs capture this data, cleanse it, validate it, process it and then ensure that only a few heavily vetted fellow DICs have access to it before they leave it on a train somewhere and declare it corrupt and P4D.

Professor Andre Spicer of Cass Business School (City University) sounds like someone I would really enjoy spending time with. In his insightful and refreshing 2013 paper Shooting the shit: the role of bullshit in organisations, he lamented the ‘fatal distraction’ that management bullshit was creating for businesses, arguing that a preoccupation with new internal language to underpin change initiatives is leading organisations to neglect their core business and alienate employees.

He suggests that in such an environment, ‘managers and employees will need to spend large chunks of their day attending meetings or implementing change programmes linked with bullshit. If members of an organisation are continually subjected to bullshit, they are likely to rapidly stop taking much of it particularly seriously.’ He adds: ‘Liberal doses of bullshit help anxious middle managers to perform a confidence trick and convince themselves they are useful and valuable members of
the organisation.’

Even the GDC is getting in on the act now. Anyone who has read Shifting the balance will know that the GDC is intent on moving ‘upstream’ in search of a solution to its well-documented problems. Any self-respecting urologist would do the same.

And let me reassure you that I am not taking the p*** out of the GDC here. The GDC’s intention is sound, even if the jargon is as painful in its delivery as a kidney stone.