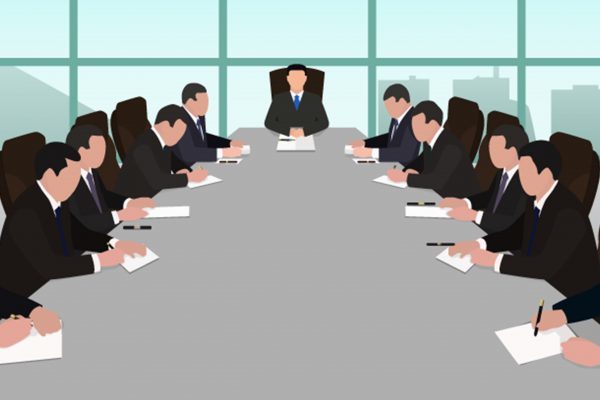 The GDC should be holding dental corporates to account the same way it does for individual practice owners, Kevin Lewis says.

Amongst the amendments made in 2005 to The Dentists Act were changes to the arrangements relating to the involvement of limited companies in dentistry. A limited number of dental bodies corporate (DBCs) had been grandparented into the Dentists Act in 1921 and this number had shrunk over time through natural wastage, acquisitions and mergers. There was a resurgence of interest from the late 1980s/early 1990s, but July 2006 was a game changer.

Replacing the historic tight limitation on the number of DBCs permitted to operate in the UK, came the ability for an unlimited number of such companies to be set up and operate, with the proviso that there just needed to be a numerical majority of registrants (in reality, often just one) on the board of directors. Because of the other changes being made to The Dentists Act at that time, through the same Amendment Order, this could be any registrant drawn from any group. Not necessarily a dentist, then, and not necessarily a registrant with any actual experience in the world of dentistry or practice ownership.

In late 2003, the Health and Social Care Act had already laid the ground for DBCs to contract directly for the provision of NHS primary care dental services in just the same way as individual dentists and dental partnerships, the full significance of which only became clear two and a half years later when the DBC changes took effect. Stealthily and without fanfare, the plot had thickened and the UK dental landscape had been transformed forever.

Put all these changes together and it is not difficult to see why corporate dentistry has gained such traction. And at this point I need to pause to make a clear distinction for the purposes of this column between single practices – or even, small groups of practices – that have incorporated as part of a personal tax management strategy on the one hand, and the larger companies that for reasons of simplicity I will refer to as ‘commercial’ corporates/DBCs. Technically speaking the company directors at both ends have the same duty under the Companies Act to put the interests of the company first. In the smallest of incorporated dental entities – in many cases, a single practice – the proportion of GDC-registered directors will be high and quite often 100%, so acting in the interests of the company and its shareholders (ie, themselves) sits uneasily alongside the obligation of dental registrants to put the interests of patients first, and in particular, above any personal or commercial interest.

For the past 12 years, the GDC has applied a studiously blind eye to this perverse situation and has accepted the reality of its incongruity. To understand these double standards one needs to consider that the stated intention of opening up corporate dentistry through the 2005 legislation was in part at least in response to the Consumers Association’s first ever ‘supercomplaint’ to the Office of Fair Trading a few years earlier and the dental access crisis that was still fresh in the memory of politicians at that time. In their innocence, the Consumers Association, OFT, government and patient groups thought that deregulating corporate dentistry would open up the market, improve access, increase consumer choice and keep the cost of dentistry under control.

This hasn’t happened of course – but the clout of the big corporate chains and the mistaken belief that they could somehow deliver improbable mountains of UDAs for next to nothing has driven down UDA values for everybody and this has helped to keep the cost of dentistry down for the government.

But even more perverse is the fact that when the 2005 Amendment Order was being constructed, the GDC was outspokenly keen that the board of every limited company should include at least one registrant that they could drag in and hold accountable under the fitness to practise procedures if the company was felt to be acting contrary to the public interests, or not supporting the GDC’s published standards. That’s when the theory and the reality began their journey in
opposing directions.

Far from the company directors of commercial corporates gathering to nibble canapés in the directors’ box, they are effectively bunkered safe and secure into a black box – which is the only bit of a plane its owners are confident of getting back in one piece after everything has gone horribly wrong. Consequently, while individual registrants have been flagellated, hung, drawn and quartered by the GDC in recent years, before being disciplined more formally, the directors of the companies have continued unscathed, operating with inexplicable levels of impunity. Even when it is the contracting decisions, productivity targets, organisational policies and management behaviours have helped to create the environment in which patients were always likely to come off second best.

If corporates were regulated to the same degree as individual registrants, then the threat of being suspended and thereby prevented from trading, or de-registered would be a powerful lever. Yet in its recent discussion document, Shifting the balance, the GDC clearly sees the corporates as an opportunity rather than a risk. One comment in that document is particularly revealing: ‘Powers exist for the GDC to establish a register of corporate dental providers, although it has not been considered necessary to bring this fully into effect.’

With commercial corporates gaining a fast-growing share of the UK dentistry market, this cannot be right and nor is it remotely in the public interest. Both the Solicitors Regulatory Authority (SRA) and the Bar Standards Board (BSB) have for some time now had robust arrangements for regulating ‘entities’. It is through these very provisions that Phil Shiner and his firm Public Interest Lawyers recently received their come-uppance following the findings of the al-Sweady inquiry into allegations of abuse by British soldiers in Iraq in 2004.

The firm was found to have lied, fabricated evidence and behaved recklessly in a number of ways – it was in effect a finding of ingrained and vexatiously motivated institutional dishonesty for financial and personal gain. Shiner was struck off and the firm chose to cease trading, saving the SRA the trouble of turning off the lights.

A materially different set of circumstances is involved in the current Solicitors Disciplinary Tribunal investigation of the large and well known law firm Leigh Day, following the findings of the same al-Sweady inquiry, but this high-profile case will still attract a lot of media attention and nothing short of seeing the upper echelons of the firm sanctioned and heads publicly rolling will satisfy the predictable media feeding frenzy when the outcome becomes known. But whatever form that outcome takes, it will at least make clear the fact that unlike the current situation in dentistry, there is no hiding place for company directors where the SRA and BSB are concerned.

The Leigh Day case ought to sound a shrill wake-up call for the GDC. To what extent are the directors of DBCs responsible for the acts and omissions of the dentists and other registrants working for them? And more crucially, to what extent should those individual registrants carry the can when managers and others further up the corporate feeding chain are putting profits and the interests of the company before the interests of patients?

The GDC has often taken action against individual registrants on the basis that if their working circumstances were so bad, they should have walked away and/or spoken up. But even when professional conduct committees have voiced criticism of those creating and managing that environment, rarely has the GDC subsequently held the corporate business owners and managers accountable. This hands-off approach knowingly perpetuates an unsatisfactory situation, leaves other dentists exposed to the same problems and places patients at risk.

I should add that some of the DBCs have an excellent track record but this is far from universal. In the interests of fairness and public confidence, the commercial DBCs are long overdue for the same hands-on regulation that individual registrants have had to weather for most of the 12 years since the changes to The Dentists Act in 2005, and the GDC must resist being seduced by their size and influence. The GDC already has the necessary powers to regulate the commercial corporates and individual registrants to the same set of standards, but has chosen to back off and use these powers sparingly where the corporates are concerned. It is time to level the playing field.