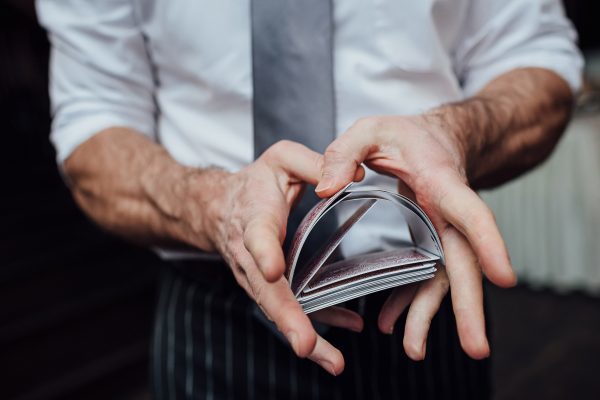 The government is grossly misleading patients over who bears the cost of NHS dental treatments, believes Kevin Lewis.

The fact that the NHS dental charges levied from non-exempt patients were increased as from 1 April 2017 by about 4.5% – well ahead of the rate of inflation – is noteworthy in itself. The fact that this comes on top of a 5% increase a year ago, is worth a headline or two. Or so one might have thought. But what makes it all the more remarkable is what patients are not told by the government about these charges.

Firstly, in very many cases, the amount now being paid by a charge-paying patient will actually exceed the total amount that the dentist – or at least, the provider – will receive for providing that course of treatment. This is because UDA values have not only failed to keep up with inflation, but have actually fallen in both real and cash terms, since this form of commissioning was introduced over a decade ago. At the same time, patient charge levels have continued to increase, as they have done again this year.

The net effect of this is that the patients in these situations are not just contributing towards the cost of their own treatment as they might innocently and naively assume, but they are paying 100% of the cost themselves while under the mistaken illusion that they are being subsidised by the NHS.

On top of that, these patients are unwittingly directly subsidising the treatment being provided for others for a second time – having already done this once through income tax and national insurance that they pay.

And where, dare we ask, are the howls of outrage and anger from the consumer lobby all of a sudden? Both the Office of Fair Trading and the Consumers Association – through its mouthpiece Which? – have regularly criticised dentists for not being sufficiently open and transparent about treatment costs and whether treatment is being provided privately or on the NHS.

Yet since 1 April any practice with UDA values of less than £20.60 is placed in the invidious and arguably deceptive situation described above, whenever providing band one treatment for a charge-paying patient. And for those careless enough or unlucky enough to have UDA values below £20.36, the same situation arises for any band three courses of treatment too.

In the increasingly common bargain basement of UDA values of £18.77 or below, the above situation extends to band two, so it arises all day, every day when treating any charge-paying patients on the NHS. It’s not open and transparent, it’s not right and it’s not fair that it is kept ‘under the table’ rather than made clear.

It is painful enough for dental practices to have to collect NHS patient charges revenue on behalf of the government, and to carry both the entire cost of doing this as well as the bad debts. But to expect practices to be a party to the grand deception at the same time really is rubbing salt in the wounds.

The Consumer Rights Act 2015 did not attract much attention in dental circles, which is as surprising as it is unfortunate. One element of this legislation requires all pricing to be clear and transparent, and it must be made clear to consumers what they are getting for their money. A failure to deliver this clarity and openness relieves the consumer of the obligation to pay for the goods or services in question.

Yet through a masterful sleight of hand, the government, which introduced this legislation, is immune from the financial consequences where NHS patient charges are concerned, even though it remains the ultimate recipient. The legal obligation, the blame, the economic loss and the potential regulatory consequences all sit squarely at the feet of the dentist. One could be forgiven for thinking that this must be a cruel April fool joke at the profession’s expense. It’s at the profession’s expense alright, but nobody’s laughing.

It has been commented upon by many sources that the government appears to be in no great rush to replace the thoroughly discredited UDA system and the dental charges system that piggybacks it. It is making encouraging noises about having recognised the problems and the need for reform, but very little actual progress. I wonder why?

Isn’t it about time that patients were told the truth about the ‘smoke and mirrors’ protectionism that pervades the NHS dental system instead of everybody from the government to the Department of Health and NHS Choices, to the GDC, to the consumer and patient lobby all continuing to pretend that the emperor’s new GDS/PDS is looking as wonderful as ever?

I do not dispute for a moment that charge-paying patients enjoy other benefits (as opposed to direct cost subsidies that existed in the past but have become almost non-existent) – the draconian levels of cost control seem at first sight like a very significant benefit to consumers in one sense. But I do dispute whether or not it is still genuinely a benefit when it bears down so heavily on the quality of care that can be delivered and the facilities that can be afforded in the real world, rather than the virtual universe of NHS Choices.

654d
|
Blog
Dentistry Online uses cookies to give the best experience. If you continue to use our site, we will assume that you agree to the use of such cookies. Read More.
Accept