Perceptions of the dental workforce 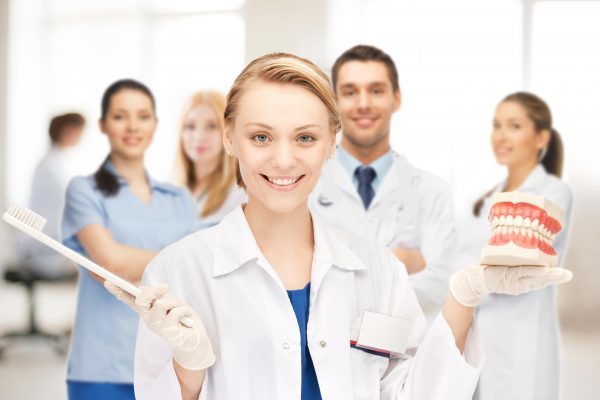 Perceptions of the dental workforce

The number of women working in NHS dentistry is steadily rising.

This pattern is also being repeated across the devolved nations, Northern Ireland, Scotland and Wales.

Last week an excellent and perceptive article appeared in the BDJ by Caroline Holland.

She asked whether the first dental society for women: Women in Dentistry (WiD) closed down prematurely after running for 21 years.

It is just 10 years since that society was wound up, yet since then two new organisations for women in dentistry have been formed.

Writing for the BDJ in 2006, Penny Joseph, the then chair of WiD said: ‘Women dentists qualifying today do not perceive any discrimination in their profession and see no need for an organisation to support women dentists.’

Certainly, as Caroline Holland points out, things have changed since WiD was founded 30 years ago.

In those days ‘inequality was rife’ and it was hard for women to break into the male-dominated bastions that prevailed.

Many have followed in the footsteps of Dame Margaret Seward, who was the first woman editor of the BDJ, first woman chief dental officer and first woman president of the General Dental Council.

Today, three out of four chief dental officers are women, there is a female deputy CDO in England, and females in positions of seniority at Public Health England.

But many of the ‘stars’ of dentistry, those practitioners with a high public profile are men.

As Caroline Holland points out: ‘Women are under-represented in leadership positions and in all the specialties with the exception of three: paediatric dentistry, public health dentistry and special care dentistry.’

There is talk of the ‘feminisation’ of the dental workforce, but I wonder if the answer may lie in an altered perception of what the essence of dentistry is.

Another article in the same issue of the BDJ may be relevant, titled: ‘The standard of newly qualified dental graduates – foundation trainer perceptions’.

Writing about standards the authors conclude: ‘There appeared to be a notable improvement in health promotion and disease prevention.

‘However, the evidence suggests five particular areas of concern: crown and bridge, extraction of teeth, removable prosthodontics, fillings and endodontics, all suffering some alarmingly high rates of decline.’

To me it encapsulates the way dentistry is moving, away from activity, and towards health promotion and prevention.

This change calls for a different workforce, with better communication skills, including not only dentists, but also hygienists, therapists and nurses and with more women in leadership positions.