One rule for one… 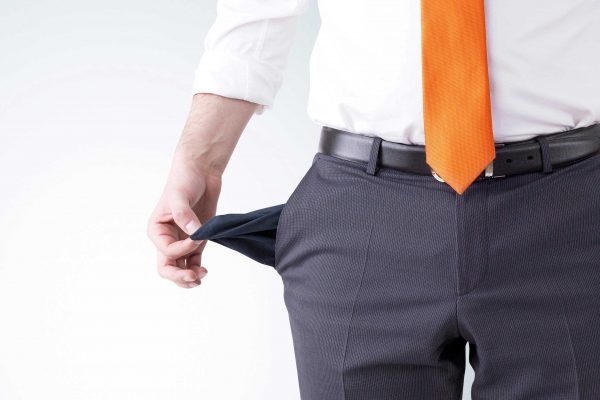 One rule for one…

The NHS is telling dentists to offer all necessary treatments to patients, but not offering the funding for these services, Kevin Lewis says.

Reading about the alleged New Year spat between the Prime Minister and Simon Stevens, NHS England’s chief executive, I was struck by the different sets of rules that seem to apply for different parties within the overall delivery of NHS healthcare. Simon Stevens effectively accused the PM of glossing over the funding pressures impacting the NHS, which always explode onto the front pages in midwinter as these pressures hit crisis point.

As we all know, The National Institute for Health and Care Excellene’s (NICE’s) remit is not what you would guess from the stated ‘health and care excellence’, there being a clear financial agenda too. It has never quite shaken off the tongue-in-cheek acronym ‘The National Institute for Cost Effectiveness’ that haunted NICE in its early days. But even NICE has found that it, too, is but a pawn in the annual NHS budgetary arm-wrestle, as we learn of proposals to restrict the availability of new drugs that have already been signed off by NICE as effective and good value for (public) money. Reports last month suggested that as many as 20% of such drugs – helping to treat heart disease, cancer, asthma, neuromotor disorders and other conditions – would, as from April 2017, be made subject to a further ‘affordability’ restriction by NHS England. These additional artificial market restraints will do little for the motivation of drug companies to invest in developing new drugs for life-threatening and life-shortening conditions.

Meanwhile, any dentist who acts out of self-interest for financial/commercial reasons, in a way that is likely to be against the best interests of a patient, is acting contrary to the General Dental Council (GDC) guidelines and could well end up fighting for his/her professional existence before a Professional Conduct Committee. If working within the NHS, dentists are regularly reminded that they must continue offering all necessary treatment on the NHS, irrespective of any financial loss they would incur in doing so. Rationing or refusal is evidently an option for the state but not for individual dentists.

Yet in the murky depths of band two of the wretched UDA system in England and Wales, you can find thousands of dentists – at any moment in time, every day of the year – who will be losing money carrying out NHS treatment for nothing, because the system gives them no option. The fact that NHS England, of all agencies, is taking upon itself these new powers to curtail the roll-out of important and effective new drugs, for wholly financial reasons, is the supreme irony. To say that it demonstrates that there is indeed ‘one rule for one, and a different rule for the others’ does not even get close to capturing the scale of the hypocracy involved. Perhaps NHS England has invented its own amended form of ‘hypocratic oath’.

‘Hypocrisy is a detriment to progress. There’s always a hidden agenda.’

A few years ago I found myself recycling the second half of the above quote without thinking much about its origin. I also remember hearing another neat epithet that I unconsciously tucked into my virtual back pocket for later use. I will treat you to it shortly. To my surprise, I discovered that both quotes are attributed to the same person – someone whose name I had not heard, despite him having built up quite a reputation (and quite a fortune) in the world of publishing. His name is Larry Flynt and as to whether he is famous or infamous, it depends on your taste – and your appetite for pornography, one gathers.

But he is not short of pithy comments, and I do share his view that there is almost always a hidden agenda. Some are better concealed than others but things become more understandable if one starts from the premise that there will be a hidden agenda in most encounters. Life is certainly easier if you can accept that, and learn to spot them.

Then a few weeks ago, the media shone some light upon the equally dark arts of the NHS’s ‘referral management process’ and its referral management centres, and even by candlelight the hidden agenda here is blindingly obvious. Part of it is understandable and even laudable, but the other part is much more about screening, filtering, deflecting or micromanaging costly NHS referrals even if the patient needs them.

The methodology includes getting as much treatment as possible carried out by those parts of the service that bear their own delivery costs. In the case of dental referral services – a touchy subject in UDAland – real dentists are said to be involved in all the decisions and I’m sure they are (I know some of them). But every time I hear about committees, working and steering groups and the like, that shout just a little too loudly about, and/or seek to gain excessive traction from the fact that the group includes representation from amongst those directly affected by the thinking and decisions taken within the group, I struggle to control the hairs on the back of my neck.

We have all seen how ‘token’ representation of this nature is regularly used to somehow legitimise a direction of travel that has often been decided in advance and by others with very different motives and little or no understanding of real world dentistry. The plan, no doubt, is to head off the accusation that decisions were being taken without consulting the profession or by people too remote from the profession and its realities, or whose motives were at odds with that of the profession. These days it suggests exactly the opposite to me, and my worst suspicions are aroused. A lot depends upon who the representative(s) are, of course. But while my fears can be diminished by seeing strong appointees that can be relied upon to turn up, speak up, challenge and do their homework (nobody else who gets appointed to these groups thinks it’s enough just to show up and nod from time to time – trust me on this), I am sticking to the second Larry Flynt quote, which is arguably one of his best: ‘You can’t have five wolves and one sheep voting on what to have for dinner.’

11hr Sponsored Dentistry
Dentistry Online uses cookies to give the best experience. If you continue to use our site, we will assume that you agree to the use of such cookies. Read More.
Accept