Whose fault is it if people cannot see an NHS dentist? 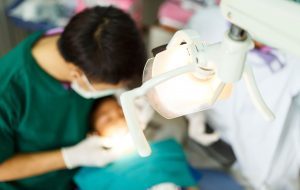 Whose fault is it if people cannot see an NHS dentist?

The government may lay the blame at the door of dentists for some patients not being able to access an NHS appointment, Michael Watson says.

Last week’s NHS news was dominated by the problems of waiting in A&E, described by the Red Cross as a ‘humanitarian crisis’.

Access to GPs was also in the news as was NHS head, Simon Stevens, who denied the Prime Minister’s claim that the NHS had been given more cash than it needed.

But access to NHS dentistry was not neglected by the media.

Reports came of Helen Bolton, who, it was said, needed over 11 hours of open heart surgery ‘after a cyst on her gum led to blood poisoning’.

The 42-year-old, from Cornwall, claimed that she had begged her dentist 15 times in the last 12 months to be seen but was unable to get an appointment – despite first joining the waiting list two years ago, in January 2015.

Later in the week, the indefatigable Paula Sherriff MP for Dewsbury again raised the problem of obtaining NHS dental treatment in her constituency.

She said that there was not a single NHS dentist available there and that ‘the incidence of child tooth decay is five times the national average’.

She understood that her constituency is one of the worst in the country, ‘if not the worst’, for dentist provision.

She added that she had raised the issue at a meeting with Health Minister David Mowat on 7 November, 2016, but had ‘heard absolutely nothing, despite his promises’.

She asked why the government ‘do not appear to care about the teeth of people in the Dewsbury constituency?’

At the end of the week the BDA said it believed that dentists could ease the much-reported pressures on A&E departments ‘if more in-hours urgent care slots were commissioned’.

The chair of the BDA’s General Dental Practice Committee, Henrik Overgaard-Nielsen, has written to chief dental officer (CDO) for England, Sara Hurley, seeking a meeting to establish if such an agreement can be reached.

The letter points out that if the BDA’s proposal was adopted it would also have the benefit of providing a clear indication to NHS 111 which dental practices have the availability and capacity to treat patients who need urgent care.

But over the weekend Theresa May warned GPs’ surgeries they would face funding cuts if they did not meet the government’s pledge for them to open from 8am to 8pm seven days a week.

Her intervention followed revelations from National Audit Office that as many as three quarters of surgeries are shutting out patients in some areas by closing on weekday afternoons with others taking three-hour lunch breaks daily.

Although it is wrong to directly compare GPs and dentists, their experience could indicate a hardening of the government’s approach.

The BDA could well be told that practices can free up more ‘in-hours care slots’ if they stop seeing patients every six months when it is not necessary.

As the CDO said last September: ‘You don’t see your GP every six months so why would you see your dentist?’

The government seems quite willing to blame GPs for problems patients have accessing them, why would they treat dentists differently?