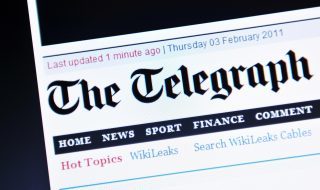 I do not usually return to a topic for a second week, but last week’s blog on the ‘Kilcoyne letter’ led to much public critical comment but, privately, some who support my view.

The argument put forward by Tony Kilcoyne and others that the poor state of NHS dentistry is down to a flawed system and the 2006 contract, which brought in UDAs.

There is, of course, some truth in this, but I urge caution in thinking that if only ministers and the ‘faceless bureaucrats’ would admit to this, changes could be made of benefit to patients and dentists.

The facts are that ministers do admit to the problems of NHS dentistry; last May Alistair Burt said that the number of children going to hospital for dental extractions was a ‘national scandal’.

Yes, they do blame the system, often adding that it was introduced by Labour.

And that change is needed, hence the pilots and now prototypes – yes, they are taking a long time, but it is important to get it right.

They could make changes these might prove as unpopular with dentists as the present system.

In 1948, the then Labour government decided to nationalise the hospitals, but leave primary care in private hands.

So although hospital doctors, nurses and other staff are employees of the NHS, GPs, general dental practitioners, pharmacists and opticians are independent contractors.

All governments since 1948 have maintained, although probably not in this language, we do not own you (dentists), we do not employ you, we do not manage you.

They are obliged to ensure that there are sufficient numbers of dentists to meet demand at a price that the taxpayer can afford.

Between 1948 and 2006 affordability was the main problem, which led in 1951-52 to the imposition of patients charges to dampen demand.

The Review Body system was set up with the aim of ensuring that dentists were fairly remunerated at a price that the government could afford.

But, in addition, there were a number of restrictions introduced on what could be prescribed, mainly enforced by the Dental Practice Board, prior approval, a requirement to make patients dentally fit in one course of treatment, time bars on repeat courses of treatment and overall the Dental Reference Service.

Dentists were told, but not explicitly, that they would be given a sum of money and, provided they achieved their UDA requirement, what they did was up to them.

Under the contract, the NHS cannot dictate which patients you see, how frequently you see them, whether you provide one crown or two, one filling or many.

Nor can they say whether you do all the UDAs yourself or have associates to help, nor what you pay them.

When governments are in a tight corner they set up an enquiry.

What would such an enquiry decide about NHS dentistry?

Maybe that dentists should not be able to turn away patients who want to see them.

Nor be able to start another course of treatment less than six months after the old one was ended.

Whatever the enquiry might recommend, I doubt if many in the profession would support it.

693d
|
Blog
Dentistry Online uses cookies to give the best experience. If you continue to use our site, we will assume that you agree to the use of such cookies. Read More.
Accept