Jamie Oliver launches his petition for a sugar tax 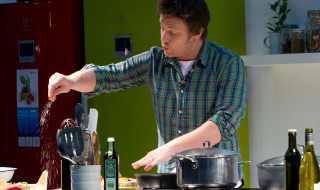 Jamie Oliver launches his petition for a sugar tax

Jamie Oliver has launched a petition calling for the Government to implement a sugar tax on unhealthy foods.

The celebrity chef launched his campaign on Sugar Rush, a documentary aired last night that follows Jamie Oliver discovering the detrimental effect sugar can have on our oral and general health, and the British Dental Association (BDA) has backed the launch of the petition, along with calling for more measures such as lowering the recommended daily allowance and taking action on marketing.

‘Britain is addicted to sugar, and we are all paying the price,’ Mick Armstrong, chair of the British Dental Association, said.

‘The Government can’t keep ignoring the advice of scientists and health professionals, and no option, from ad bans to sales taxes, should be left off the table.

‘Jamie Oliver’s new documentary provides a stark reminder of the damage sugar is doing to our mouths and our waistlines.

‘But it also shows what’s possible when professionals, policymakers and parents work together.’

1646d
|
Celebrity News
Dentistry Online uses cookies to give the best experience. If you continue to use our site, we will assume that you agree to the use of such cookies. Read More.
Accept