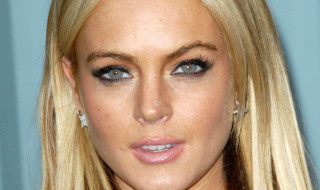 Selfie-loving celebrities such as Lindsay Lohan, Khloe Kardashian, Lil’ Kim and Katie Price have found a new way to benefit from self-promotion by taking to social media to advertise tooth whitening products.

Allowing stars to increase their exposure and make some extra cash on the side, streams of celebrities are promoting at-home tooth whitening products directly to their thousands of social media followers on Instagram and Twitter.

Other prolific tooth whitening promoters include Nick Cannon, Audrina Patridge, Scott Disick and Vanessa Hudgens, who regularly pose with products accompanied by image captions, such as this from reality TV regular Stephanie Pratt: ‘7 months and im [sic] still loving it and seeing results!’

However, full disclosure as to the nature of the promotion is often provided by the celebrities, with hashtags such as #spon (sponsored post) or #ad accompanying the images.

1637d
|
Celebrity News
Dentistry Online uses cookies to give the best experience. If you continue to use our site, we will assume that you agree to the use of such cookies. Read More.
Accept