How to avoid a race to the bottom 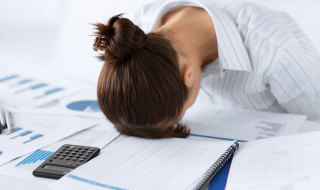 How to avoid a race to the bottom

Gary Anders explains how you can keep up with the competition found in the dental industry.

Whether it’s the race for the Premiership title, the battle for Number 10 or a new practice opening up in your local high street, there is no doubt about it – competition is everywhere!

The concept of competition is one that has vexed economic theorists since the mid 19th century, when the theory of ‘perfect competition’ was first adopted. However, more recently the ideas that form the foundation of perfect competition, such as costless consumer information and profit maximisation being the only motive for a firm, have been replaced by the more sophisticated theory of competitive advantage, which better describes real-world competition in a market-based economy.

Competitive advantage refers to superior performance relative to others in the same industry and can relate to anything that an organisation does better than its competitors. The term was broken down into two basic types, cost and differentiation, by Porter (1985) as part of his ‘Generic strategies theory’. Organisations can achieve a competitive advantage by reacting quickly to external changes or by developing change from within their own business. The important thing to remember for dental practices is that competition is not all about being the lowest cost provider.

Competition is an increasingly important concept for dentistry in the UK. Although the market originated as a non-competitive profession, in that it delivered NHS dentistry to a grateful and abundant public, it has in recent years become a far more competitive and aggressive playing field.

Since the inception of the NHS in 1948, there have been three branches of dental service in the UK and these remain today, so it’s tempting to think that little has changed. Indeed the 50 years up until the turn of the last century saw NHS dentistry exist pretty much within a status quo, but by 2002 access to NHS dentists was becoming increasingly difficult, with patient registration rates declining sharply (National Audit Commission Report, 2002) from the mid 1990s.

In the face of many dentists further reducing their commitment to the NHS, a change to the dental contract was predicted in a report published in 2004, which sought to overcome the issue of access. The introduction of a new contract that included, amongst other things, a remunerative system linked to the units of dental activity performed, was generally unpopular and before the new contract was introduced in 2006, swathes of dentists reduced their NHS commitment still further.

This contract change altered the landscape of dental provision in the UK forever and resulted in many thousands more dental practices offering either partial or wholesale private provision, which by its very nature has increased the competitive nature of the market.

The long awaited contract due to be introduced at some point within the next 18-24 months threatens to initiate an even more seismic shift. The pilots that have been running for some four years now have recently been replaced by 68 practices running two different prototypes, both of which include a UDA-based system.

The proposed new contract will provide the structural foundation for dentistry, which is likely to become more competitive than ever before. Growing corporatisation has also added a further complication to the mix and is evidenced in a report by Laingbuisson (www.laingbuisson.co.uk, 2014), which valued the corporate dental market in the UK at £1.3bn in 2013/14. The same report predicts a shift in the delivery of NHS dentistry, as the Government tries to deliver wider access to NHS services and better oral health, without any increase in real terms spending.

The report’s author, Phillip Blackburn, explains: ‘The biggest game changer is the drive towards consumerism as dentists and dentistry groups compete to attract private customers as the private dentistry pie is smaller than it was, and dentist supply is greater than it’s ever been. Changes are already happening, as a number of dentistry groups provide services from retail outlets with ambitious expansions planned around customer convenience, and there is a stronger industry focus on customer benefits….’

One of the primary intentions of the new contract is to expand access and give patients more time with their dental professionals, although how this can be achieved without more funds being made available via the NHS is difficult to comprehend. However, if access is improved and the contract, as is widely thought, is to be capitation based, this will inevitably increase competition, both within the NHS sector and even between NHS and private practices.

Preparing for the changes

So, with all indications pointing to an increasingly competitive marketplace, how can dental practices prepare themselves for the changes ahead?

Dealing with competition is a fact of life, but honing your skills and attributes to make best use of your competitive advantage requires a much more complex approach than one simply based on price alone.

Today’s consumers are sophisticated, unpredictable and demanding, so need to be attracted and engaged in a way that differentiates your practice from others in the locality. This ‘need to be different’ should not be forced or superficial. It should be based around the practice’s core brand values and become second nature for those within the practice who understand that differentiation is the only way to flourish.

Other influencing factors that may cause consumers to choose one brand over another include the different type of treatments offered, levels of customer service, or even the way in which you ensure patients can afford routine oral care.

The Laingbuisson report of 2014 indicated that the funding of private dentistry via dental plans was less affected by the economic downturn than the fee-per-item sector. This points to the fact that those who budget for their care on a monthly basis are more likely to attend regularly and take up the treatment they feel they have already paid for.

To be truly successful in a competitive market demands that practices put the needs, wants and desires of patients at the forefront of their endeavours. To appeal to potential customers and ensure they choose your practice over other alternatives requires a clear strategy of communication, so you must ensure that every aspect of your product, from front desk service, to treatment offerings and payment plan availability, is tailored exactly to meet the needs of your patients. In this way you can gain a clear advantage, even over those who might be more keenly priced.

Understanding your true competitive advantage will ensure that you can avoid an obsession with price, which can so often lead to an unhelpful downward spiral. Using all the tools at your disposal to help you refine and communicate the tangible differences of your practice, will help you create a more successful and engaged organisation, which in turn will provide evidence of the competitive advantage that you have gained.