Londoners using their holidays to attend the dentist 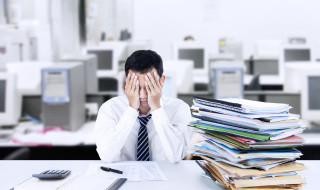 Londoners using their holidays to attend the dentist

Time-poor Londoners are using their holiday days to attend routine dental appointments, according to a new study.

The study, commissioned by Bupa UK, revealed that 64% of Londoners regularly use a whole day’s holiday to attend a health appointment because they are too busy during a working day, and 28% of people said they had waited more than four weeks to book an appointment for a health issue.

‘We know that people struggle to fit their health and wellbeing needs into their busy working lives,’ Lee Martin, manager at Bupa’s new centre in Canary Wharf, Crossrail Place, said.

‘This means some aren’t addressing health issues promptly and others are having to use precious holiday time just to get a routine appointment.

‘Alongside our jobs, it is crucial people don’t neglect their health as this may lead to time out of the office in the long run.’

Half of Londoners cancel or re-schedule

More than half (57%) of Londoners admitted to regularly cancelling or re-scheduling appointments due to work commitments.

And 59% of Londoners said they were typically too busy to attend during a working day, giving the most common reasons as:

Other findings from the study were: