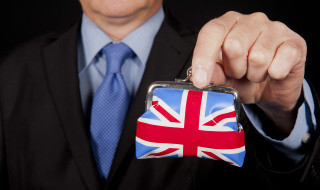 Kevin Lewis questions the possibility of a ‘free’ health service.

The NHS is losing almost £1 billion each year due to patients failing to attend booked appointments at hospitals or with their GP.

Jeremy Hunt announced this a few weeks ago when speaking in Harrogate at the Local Government Association conference. The news that 61,000 GP appointments are missed every day is enough to make you (and the GPs themselves) sick – especially as GP surgeries have been coming under fierce criticism for delays of a week or longer to get an appointment to see them.

A further £300 million is wasted on unused medicines, the conference was told. One in three patients are thought not to follow the instructions in relation to medication that they are given (including the minor detail of taking it in the first place). Many patients don’t like taking medication anyway, and will stop taking it as soon as they feel better. Others save the leftovers for the next rainy day when they or any other family member have similar symptoms.

Yet the demand for new and more effective medicines, with fewer side effects, is apparently insatiable. It creates a collision course between on the one hand the huge cost of researching, developing and testing drugs and getting them licensed and to the market, and on the other hand the Government’s need to squeeze the last drop of value out of its massive drug procurement costs. The total annual spend on branded medicines is capped at £12 billion. A further (est) £2 billion is spent on generic drugs for which their original patents have expired.

Jeremy is clearly shaping up for a pre-emptive strike. Instead of asking for more, the public should take more responsibility for making better use of what is already provided, and stop wasting precious NHS resources.

‘There is no such thing as a free health service,’ proclaimed the Health Secretary.

On hearing this, some of our readers will be assuming that our Jeremy has had a ‘Eureka!’ moment, and become the first Health Secretary in living memory to notice that huge numbers of dental patients (many of them taxpayers) don’t get a free health service where their mouths are concerned. Others, no doubt recognising the improbability of such a Damascene event, will have been thinking instead that Jeremy has never visited UDA-land. Once the first toe has been dipped into band two (or band three for that matter) any other treatment provided within that same band is free to the patient, and free to the NHS. This remains true no matter how much more of that treatment there is, and no matter the cost of providing it. But even then, Jeremy is still actually right.

Allow me to explain. What Jeremy was saying is that everything carries a cost that has to be met somewhere along the line, by somebody. In the above example, the dentist – whether the treating dentist or the provider/practice owner (or both) – generously bears the whole cost of providing any additional treatment, enabling the patient and the state to pay nothing at all for it. This philanthropic situation prevails for patient after patient, day after day, week after week, year after year at dental practices up and down the country. Which suits Jeremy, the department and the treasury very nicely.

Jeremy is also right about those missed appointments – but the figure of £1 billion a year that he quotes does not include the cost of missed appointments in primary dental care. This is because these millions of wasted hours don’t cost the state a penny either. Once again, the whole cost is met by the treating dentist or the provider/practice owner (or both) unless they charge the patient for missing the appointment – an approach that regularly attracts criticism from patient and consumer groups and (when they get the chance) the tabloid newspapers.

In fact, in a roundabout way, missed appointments in primary dental care can actually create money for the state, because money can be clawed back if UDA targets are not met, and you can’t generate UDAs in an empty surgery.

A spoonful of guilt

But the Health Secretary was on a roll, and he went further than simply pointing out some of the causes of wastage of precious NHS resources. He has a Baldrick-esque cunning plan – at least where the medication wastage is concerned.

Any prescription medicine costing more than £20 will, as from next year, carry a price tag along with a reminder ‘Funded by UK taxpayers’. When I first heard about this, I thought it was quite a good idea as a means of raising awareness, but then I had some second thoughts. I was not alone, it seems. Pharmacy Voice, representative organisation for community pharmacy associations, thought it unhelpful to wash the medicine down with ‘a spoonful of guilt’ instead of the time-honoured ‘spoonful of sugar’.

‘The value of a medicine to an individual is about a good deal more than the price,’ it argued, no doubt concerned that the new approach might actually succeed in making some patients less dependent on their regular visits to the local pharmacy. Perhaps the community pharmacies are as dependent upon these regular visits as the patients themselves? If so, the plan is even more cunning than I gave it credit for.

Some groups were quick to point out that the proposed labelling would heap unnecessary and unfair helpings of blame and embarrassment upon people on low incomes, who were likely to experience more ill-health anyway due to their relative socio-economic deprivation. They were ‘too poor to pay taxes and too poor to enjoy the same health benefits that wealthier people took for granted’. Oh dear, Jeremy. Nice idea in principle but I bet you didn’t see that onslaught coming.

But why stop there anyway? ‘Funded by UK taxpayers’ could be emblazoned on the side of ambulances, hospital porters, trolleys, crutches, walking frames, plastercasts for broken limbs, bandages – or even suppositories (if the writing was small enough). And as a UK taxpayer myself, I was wondering what I was intended to think if and when I received my medication with the new labelling. Could I expect to feel better when I took the medicine, or when I paid my taxes? I am still thinking about that one.

The other theme that we will be seeing and hearing more of from the Department of Health in the months and years ahead, is that of self-help.

Encouraging members of the public to do more to maintain their own health through better diet and nutrition, taking more regular exercise, drinking less alcohol, smoking less and generally looking after themselves. Here I would refer you to my previous column, in which I discussed the unseen dangers of purportedly healthy diets that contained ridiculous quantities of sugar and contribute to the UK’s obesity epidemic.

On the subject of ‘helping yourself’, there is always a danger that people will take this advice too literally.

There have been recent reports that stones and bricks from rural sections of the Great Wall of China are disappearing at an alarming rate. Built over hundreds of years and with sections of actual wall representing about 4,000 miles of the 5,500-mile length officially ascribed to it, the wall is surely the most iconic image of China and Chinese heritage. But it is not entirely unknown for these more remote sections of the wall to be ‘repatriated’ in this way – it was certainly not frowned upon over the years of the cultural revolution in the late 1960s and early 70s. In those days the land (and what stood upon it) belonged to the people. These days most of it belongs to a small minority of the people.

These dilapidated and disappearing sections of the old wall are not the ones that appear in tourist imagery – but how can you put a price on any components of something so irreplaceable?

The NHS has been around for a lot less time than the Great Wall but it has in a remarkably short time (in the great scheme of things) found itself the same central, iconic place in the British psyche. Most people would consider it worth preserving for future generations, but just like the Great Wall its purpose now (and in the future) is very different from the time when it was originally created. We are in a very different world and the threats are coming from a very different direction.