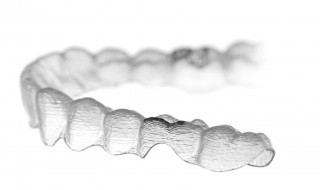 Align Technology has announced that Thomas M Prescott will retire as president and CEO effective June 1, 2015 after 13 years with the company. Joseph M Hogan joins as president, CEO and director on the same date.

Under Prescott’s leadership Align achieved record revenues, net income, and increased shareholder value significantly.  During this period, Align’s annual revenue grew from $69.7 million to $761.7 million, annual earnings per share grew from a loss of ($1.52) to a profit of $1.77, and its market capitalisation grew from $240 million to $4.4 billion. He will continue to serve on Align’s board of directors.

‘On behalf of Align Technology’s board of directors, I want to congratulate Tom and thank him for the tremendous contributions he has made during his 13 years of leadership at Align, and acknowledge the enduring impact he’s had on our customers, employees, and shareholders,’ said Ray Larkin, Align Technology chairman. ‘Tom’s vision and focused execution have enabled the company’s significant progress in the evolution of digital dentistry and we are grateful that he will continue in his role as a board member. While there is rarely an ideal time for a CEO to retire, Tom has established a strong executive team and we are confident that they will continue to affect its positive momentum through this change.’

‘I am extremely proud of everything Align has accomplished, and as I have said many times, Align’s best days are still ahead,’ said Thomas Prescott. ‘I am confident that under Joe’s leadership, Align will continue its strong history of innovation and execution to deliver above industry average growth rates in every geography we serve.’

Incoming president and CEO Joseph Hogan is an accomplished chief executive with extensive experience in healthcare and technology. Most recently, he served as CEO of Zurich-based ABB Ltd., a $40 billion global power and automation company with 140,000 employees. Prior to ABB, Hogan spent more than 25 years at GE including eight years as the CEO of GE Healthcare. Half of his tenure as CEO of GE Healthcare was based in the US and the other half was based in the UK. At GE Healthcare Hogan drove significant geographic and market portfolio expansion and grew revenues from $7 billion to $16 billion over an eight-year period.

12hr
|
Orthodontics
Dentistry Online uses cookies to give the best experience. If you continue to use our site, we will assume that you agree to the use of such cookies. Read More.
Accept