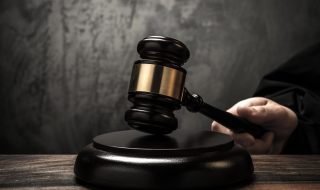 A woman has been refused permission to apply for a judicial review against the General Dental Council (GDC).

Lorna Jamous was convicted at the High Court in May 2013 of practising dentistry and unlawfully carrying on the business of dentistry – namely tooth whitening – when not registered with the GDC and she has been refused permission to apply for a judicial review in relation to her failed attempt to challenge the High Court’s decision.

Ms Jamous, who was present at the High Court but unrepresented, was refused permission to seek judicial review of an earlier decision made at Southwark Crown Court to reject her attempted challenge of the May 2013 ruling.

Tooth whitening is the practice of dentistry.

Only dentists, dental hygienists, dental therapists and clinical dental technicians (working to the prescription of a dentist) can carry out tooth whitening.

On 10 May 2013 the High Court overturned a magistrates’ court’s decision to acquit her of both offences and convicted her of them.

On 16 September 2013 she was sentenced at Westminster Magistrates’ Court to a conditional discharge for 12 months and ordered to pay £350 costs.

In August 2014 she attempted to appeal the decision of the High Court through an application to the Crown Court – this was unsuccessful.

Ms Jamous then attempted to challenge the Crown Court’s refusal of her application by seeking permission for judicial review in the High Court.