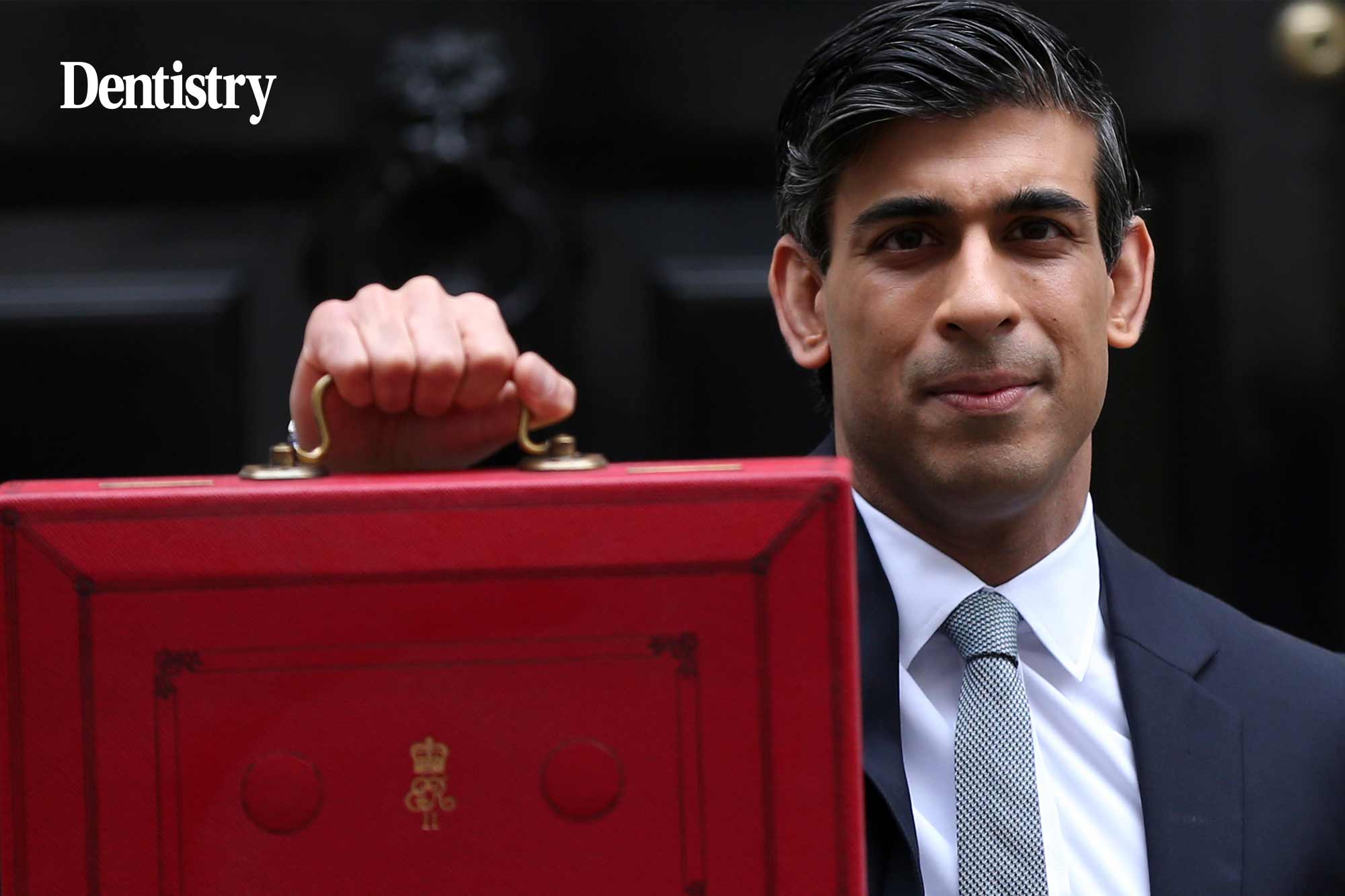 As Rishi Sunak prepares to announce the Autumn Budget 2021, reports show that £5.9 billion will be earmarked to tackle NHS backlogs.

On top of this, another £5 billion will be spent on health research and development over the next three years.

However the profession voiced fears that the new funding will bypass dentistry.

In an open letter, more than 40 MPs have written to the Chief Secretary to the Treasury, Simon Clarke, to urge the inclusion of dentistry in the Budget.

It reads: ‘Dentistry is now the number one issue raised with Healthwatch and our own mailbags can attest that lack of access to dental services is a problem felt in every corner of the country.

‘Over 30 million NHS dental appointments have been lost due to the pandemic, with Healthwatch England and the BDA warning that this eye-watering backlog is not just causing huge difficulties in patients accessing timely care, but will deepen health inequalities too.’

MPs from both sides of the house supported the letter, including Yvette Cooper, Sir Peter Bottomley and Dame Diana Johnson.

Shaun Sellers is a general dental practitioner based in Suffolk. He believes the solution to the dental crisis goes beyond the Budget and money.

‘The government has got a history of putting big figures out there but then when you dig down deeper, it’s actually nowhere near what they’ve stated,’ he said.

‘I work in Suffolk where there’s an actual campaign that’s been started called Toothless in Suffolk. The provision of dentistry in the area is just terrible.

‘I’m not taking on private patients, let alone NHS patients, as I just don’t have the capacity. The problems with dentistry aren’t ones that can be solved by throwing a load of money at it anyway. Dentists are working in a system that is under pressure at the moment.

‘The whole NHS system needs an overhaul and it has done since the 2006 contract came in.’

He added: ‘The fundamental problems in healthcare are not ones that can be solved with money. They are solved by improving conditions, training more people and getting people on the right page.

‘At the moment we’re in a really difficult situation. Every dentist in the country is snowed under. It’s not a case of working harder as we are working as hard as we can.

‘I don’t know what the solution is, but it isn’t this.’

Dentist Sarah Canavan said she would be ‘amazed’ if any of the funding is earmarked for dentistry.

‘Like every other area in the NHS the dental service has been hit by the pandemic,’ she said.

‘What that inherently means is that our patients have been hit. A history of under funding by the government, even prior to COVID, plus the onerous measures we now have to undertake to continue treating our patients means our service is on the brink of collapse.

‘Do we need a chunk of the money put aside for the NHS in the budget? You’re damn right we do. Will we get it? I would be amazed.

‘NHS dentistry has forever been the Cinderella service. We are not considered important and therefore, by definition, our patients are not important either. Why is dental health less important than a person’s general health? Systemic disease affects oral health. Oral health can affect systemic disease. Chronic dental pain and a lack of confidence due to problems with a patient’s dental appearance affect mental health.

‘Oral health is part of general health but for some reason the powers that be don’t get this. We can’t help our patients without the funding. We won’t get that funding until the government realise how important to a healthy life a healthy mouth is.

‘Do we deserve a chunk of that NHS money? You’re damn right we do.  Will we get it? I’d say it’s as likely as me winning the lottery and I don’t buy lottery tickets. You do the maths.’