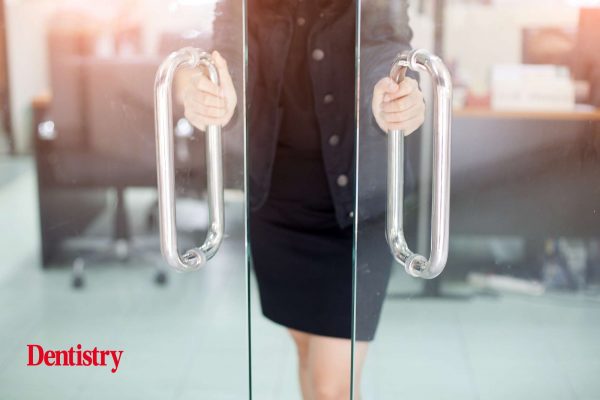 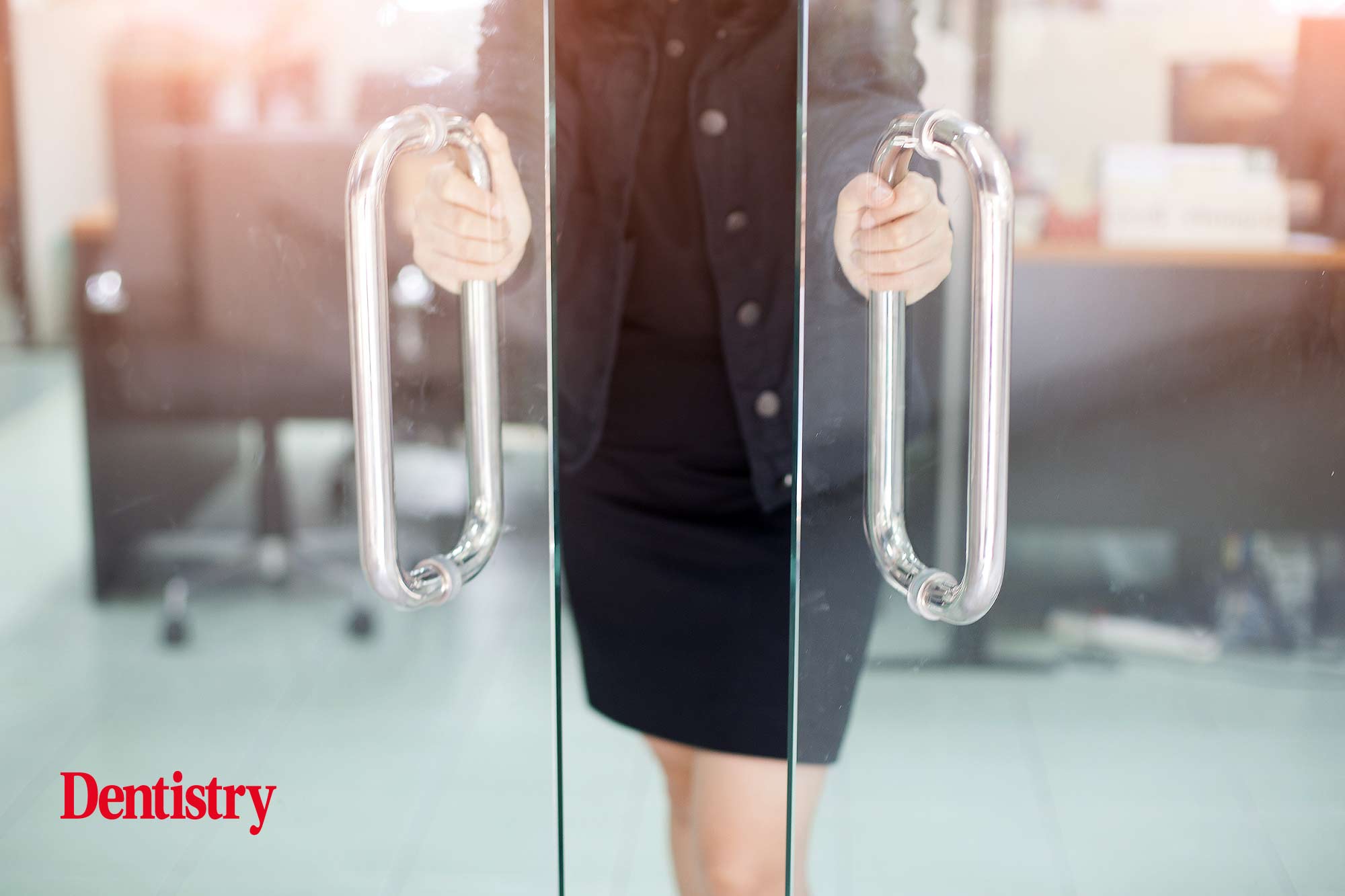 Julian English spoke to Jon Swarbrigg and Victoria Crowley, the enthusiastic leaders of Farsley Dental in Yorkshire, about their experience joining the Dentex group.

Rarely do I come across such genuine enthusiasm for the people and processes involved in a dental corporate body. Clinical independence and the support of a company that shares their values suggests that this has been a great choice for both parties.

Jon Swarbrigg joined in April this year – just a few months ago.

What was your motivation for joining Dentex?

Jon qualified in 1992, came to work at Farsley as an FD and bought it in 1997. Over this time, he grew the practice from a single surgery to a four-surgery practice.

A few years earlier, Jon, Mark Willings and Donald Sloss set up the award-winning Harewood House dental practice and sold that business to a corporate. So, unlike others who may be planning an exit strategy, Jon is familiar with the territory and knew exactly what to expect.

‘It was important for us to retain our brand,’ said Victoria, the long-standing practice manager. She added: ‘It was not a purely finance-led decision, as we had more lucrative offers, but Dentex matched our values and they also put people before profit to a certain degree and look after everyone on the front line.’

Did you consider other options and how did Dentex compare?

Jon ‘speed-dated’ 11 interested parties, including every single corporate and a few private buyers. Equipped with experience from the sale of his previous practice, Jon questioned buyers a lot more rather than just believing everything he was told.

‘We received offers from all 11 and were in a very fortunate position to be able to choose who we wished to sell to’, said Jon. ‘I wanted to choose the right partner who would help propel the practice and safeguard the future of my team and retain our brand.’

He adds: ‘Everyone from Dentex I have met right from the first contact with Ollie Snowden was excellent. He had obviously done his homework and read the prospectus we sent out and understood who we are.’ It was a pleasure to meet COO, Nick Neto and it was easy to contact him out of hours and ask the blunt questions. Everything was transparent and easy to understand. Dentex is punctual, on-point, efficient, polite and they listen; and they were fast to provide the information I needed – with no “COVID-19” excuses for delays. Every single interaction has been positive.

‘The finances were very transparent too. This time selling, I knew what to expect because I had been through the process before. There were no hidden clauses or growth indexes.’

What’s been the impact been on your team/your patients?

In choosing Dentex, Jon did not go with the biggest offer. ‘When your heart is with your practice, it’s not always about who can pay the most money.’

Victoria knew fit was vital. ‘From the beginning, Dentex matched our values. Others were not a right fit. Dentex looks after its people and understands that practice performance varies depending on location, patient mix and the type of surgery.’

As for impact on the team, it’s been business as usual at Farsley. Victoria reports: ‘The team, nurses, and patients haven’t noticed anything at all.’ 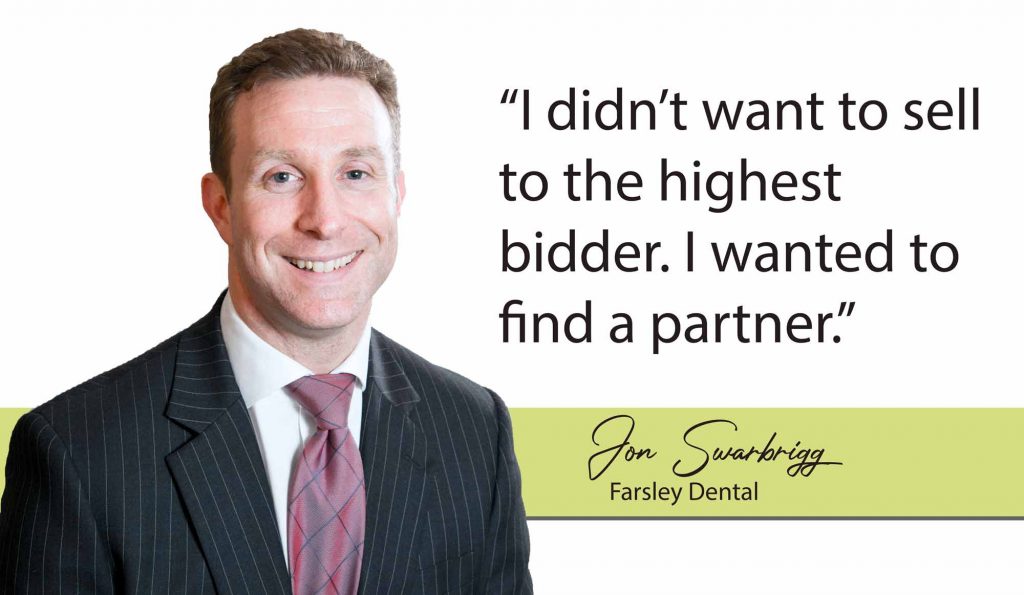 What has your experience been to date for the team?

Most of Jon and Victoria’s comments revolve around the support that’s now available.

‘Dentex has supported me throughout the change’, says Victoria. ‘Within the first two weeks of integration, I met with all the different department heads at Dentex. They explained their role, how to get support and what to do if there’s ever an issue. This meant that by week three, I was already fully plugged into the system.’

Jon adds: ‘fixes are fast, unlike when you’re the practice owner. Previously, support came after waiting in a queue.’ Dentex has been able to solve problems efficiently. According to Jon: ‘It’s these little things that impact and enhance the experience.’

Dentex finds ways to free up overheads too. Victoria shares: ‘All the Dentex departments go through and find ways to save on overheads. They’re not telling us to change but provide options that can save us money. It’s these little actions that open doors I didn’t even know were there.’

What do you hope to gain from your involvement with Dentex going forward?

‘We want to continue to grow in the community as we have done in the past and to develop a succession plan for the day that Jon retires,’ says practice manager Victoria. ‘This gives security to the team and to the patients that the practice will be here for them long after Jon puts down his mirror and probe.’

Jon jumps in to add a comment about the future: ‘Because of the way Dentex has come in and because it shares the same long-term values as us, it has been easy to start those conversations about succession planning.’

What advice would you offer to others who may be considering selling their practice?

Jon said: ‘Having done it twice I realise that to do it right, you need to plan your exit about seven to 10 years out. It takes that long to put processes in place, sort out finances, get the best team and so on to get the best sale price. You need to understand what’s going to work for you. For me, it was about legacy. I didn’t want to sell to the highest bidder. I wanted to find a partner.’

Victoria’s advice is short and sweet: ‘Never underestimate how long due diligence takes.’

What are the top three things that come to your mind when you think of Dentex?

‘They uphold their promises,’ says Victoria.

‘They’re welcoming. Every person we have met has been accommodating and friendly,’ adds Jon. ‘It’s a very professional and genuinely good team who are all keen to help.’

As a third point, Jon notes the collaborative ethos. ‘You’re not passed from pillar to post. They work together to find solutions rather than tell you to contact someone else. It’s small and subtle on an operational level, but impressive.’

What do you expect to share with and learn from other practices in the group?

Jon cannot wait for the COVID-19 restrictions to be further lifted so he can get involved in the wider Dentex group. He talked about the importance of meeting face-to-face. He already attended Rahul Doshi’s (Dentex clinical director) webinar session on aligner options and found it helpful.

Victoria has a weekly call with the other practice managers in the area group who share the latest information, issues and experiences. They all learn from each other. She says: ‘Being able to share knowledge has been really valuable.’

To find out more about how to join Dentex, visit www.dentexhealth.co.uk.