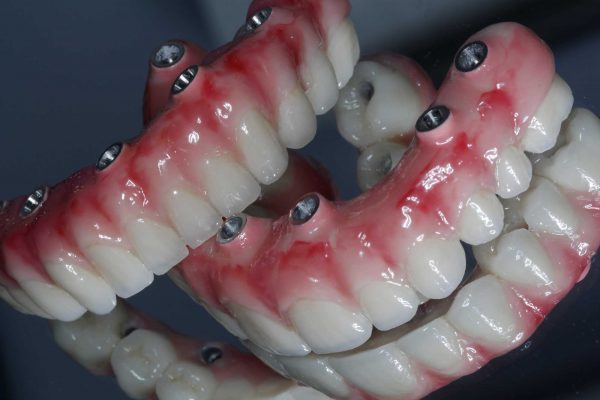 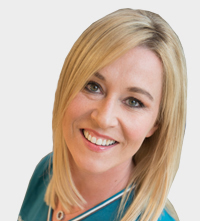 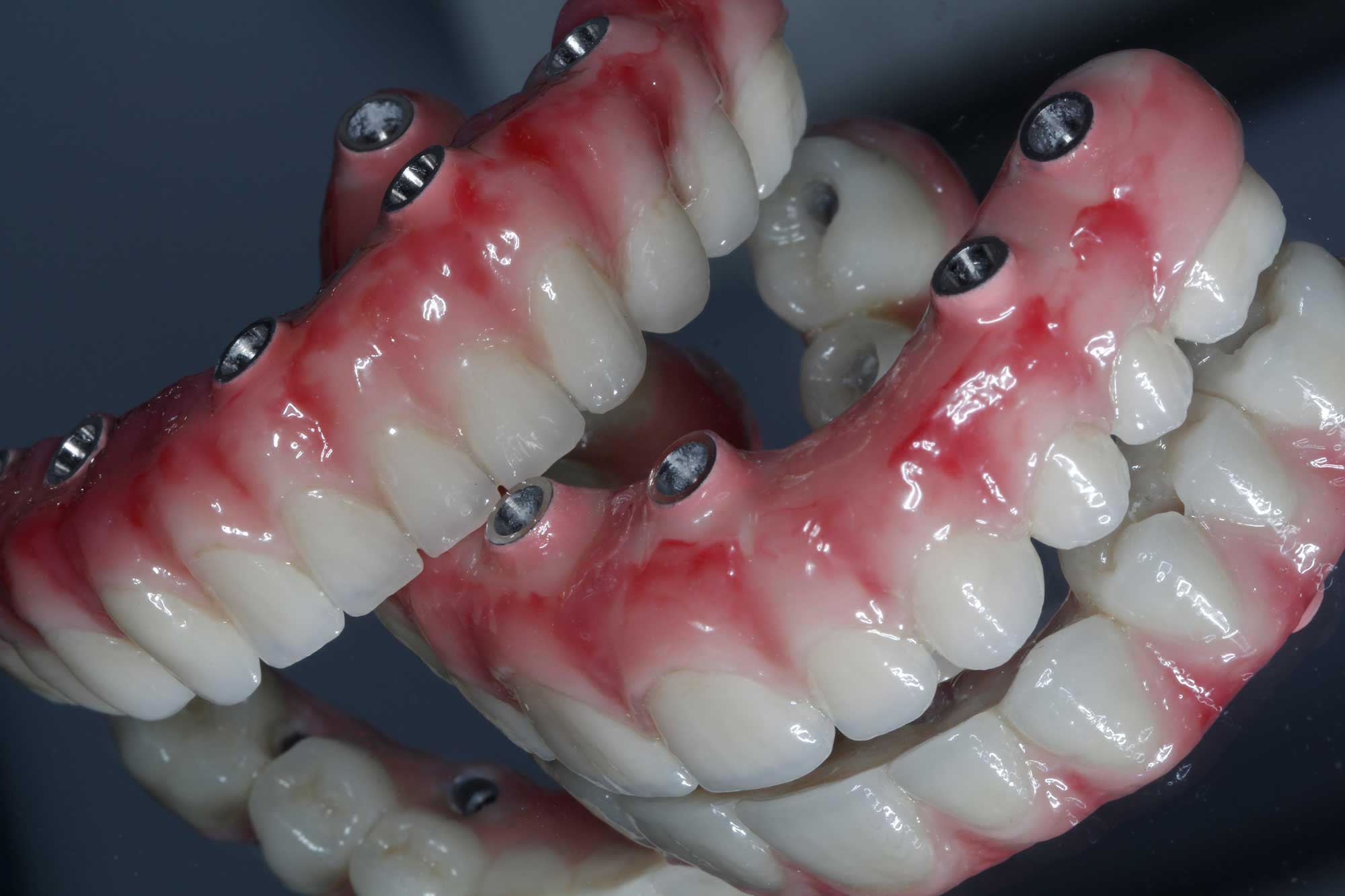 Sinead McEnhill discusses how rapid treatment made a difference to one patient.

A 64-year-old gentleman was referred by his dentist to the practice.

The patient had poor oral hygiene and had suffered from poor oral health throughout his life. His remaining twelve teeth, although decayed (Figure 1), were asymptomatic. He was very self-conscious and avoided eating or smiling in public; his dentures moved upon mastication and his ability to function and speak was greatly reduced.

The patient wanted to achieve a confident smile and eat without discomfort or dentures.  He had recently lost three stone in weight, and had become more health aware as a result. Now, as he approached retirement, he wanted to spend some of his savings on himself. The patient was offered several treatment options:

In consultation with the patient, option four was the chosen course of treatment.  The patient was keen to use virtual smile design. This would allow him to see a virtual setup of his new smile, designed in proportion to his face and lip movements during speech and dynamic smile. As his remaining teeth had considerable pathology, he opted for extraction for a long-lasting, cosmetic solution. He ultimately decided upon a ‘teeth in a day’ approach, assuming conditions would allow for immediate implant placement post-extraction.

Two consultations over two weeks were required to complete the planning and decide upon the final course of action.

Photographs were taken of the patient on a smartphone before digital smile design software, Exocad, was used to capture his dynamic smile (Figure 2) and the position of the lips, teeth and buccal corridor in relation to the eyes and facial midline.

Conelog screwline implants were selected as this author favours the indexed cone-type design and likes how soft tissue can be manipulated during fitting, and that crestal bone settles and stabilises well at the implant/abutment margin.  Furthermore, Camlog is the default system on Cerec, allowing for manufacture of the teeth in-house using Tibase/Meso Blocks.

Surgery was carried out in two stages at the same visit. Dealing first with the upper arch, the maxillary teeth were extracted, leaving teeth at locations UR2 and UL2. Placing a surgical guide (Figure 4) over these would aid accurate placement of the implants. Once the implants were fitted, the last two upper teeth were removed.

Two surgical guides were used on the lower arch with all teeth removed, apart from, however, those at positions LR1 and LL1. Once implants were accurately placed, these teeth were then also extracted. Once each arch was completed, impressions were made using pre-made trays to enable technical work to commence. The work was carried out under local anaesthetic. The patient was very calm, having accepted that he needed the work completed.

Following surgery, the patient wore a provisional bridge for three months. At the patient’s fourth visit to the surgery, stabilised soft tissue was examined, final scans were taken using a Trios intraoral scanner and the implant seating was verified for accuracy of placement.

Tiny tweaks were made to improve slight occlusion on the right-hand side and final photographs were also taken.

Teeth in a day

Prior to the fifth and final consultation, teeth were milled and CAD/CAM bars from Createch were produced. Production took ten days for bars and three days for composite wraps by Ambridge Ceramics. The composite wraps were positioned on the bridges, dentine shade was injected and cut back incisally and characterised to restore the full contour of the teeth.

Finally, aesthetic gum characterisation was layered by hand to give a natural appearance. The finished product was also cured and polished (Figure 5).

When the patient presented in surgery, the final fitting process involved clearing the screw access, removing the provisional implants and screwing on the new bridges. A final radiograph (Figure 6) was taken along with videos and pictures.

The patient was delighted with the results (Figure 7) and thanked the dental team with Champagne, photographs and a reading of a poem he wrote about the experience.

He was buoyant, amusing and also grateful beyond belief. At the end of the treatment he was more animated – the treatment had clearly made a huge difference to his wellbeing.

10hr
|
Implant Dentistry
Dentistry Online uses cookies to give the best experience. If you continue to use our site, we will assume that you agree to the use of such cookies. Read More.
Accept