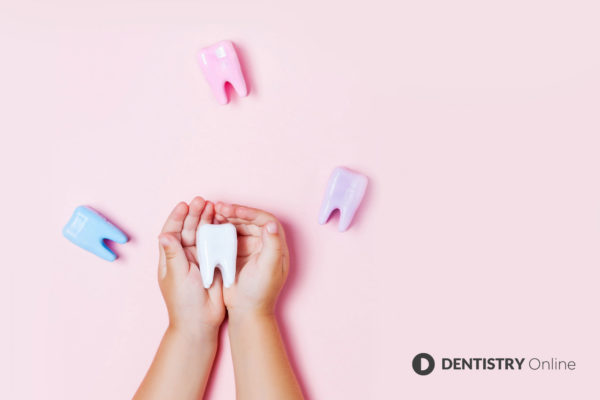 Moira Crawford summarises a webinar that brought an expert panel together to discuss children’s oral health in the UK.

Children’s dental health has not improved in 30 years, according to the National Health Survey of five year olds. What’s more, the current COVID-19 crisis has exacerbated inequalities. It has reduced access to dental care, and will have repercussions for years to come.

This was the backdrop to a webinar presented on behalf of Biomin. The webinar addressed the issues surrounding paediatric dental health and the work underway to try and improve the situation. It was also an introduction to the new Biomin F for Kids toothpaste.

Sir Paul Beresford is a practising dentist by background and the MP for Mole Valley. He opened the discussion with some ‘appalling’ statistics. There are 160 dental extraction operations daily in England for five to nine year olds at a cost of £836 per individual per time. 25% of all five-year-olds have decay in at least three or four teeth. This figure rises to 50% in deprived areas.

He commented that Chief Dental Officer for England Sara Hurley is campaigning hard to raise the profile of children’s dentistry. She’s using strategies to teach toothbrushing in schools. Together with the CDO and Professor Mike Lennon of the British Fluoridation Society, Sir Paul has met with Health Secretary Matt Hancock to push for a widening of fluoride in the water supply.

Sir Paul is an advocate of water fluoridation. He believes, the backing of health ministers and effective messaging ‘could mean we are heading for a very, very strong preventive programme’.

He added, he’d like to see a ‘Biomin test’ run in schools, with the efficacy of Biomin measured against other brands of toothpaste. He’s raised this with the CDO, ‘and Sara’s on for that,’ he said.

He was followed by Emma Pacey, a dental therapist by training with dual roles at Health Education England and King’s College Hospital. Emma reiterated Sir Paul’s concerns that children’s dental health improvement had plateaued. With a strong correlation between poor oral health and overweight/obesity, tackling this was important, she argued.

This was particularly worrying during the current COVID-19 crisis, she said, with inequality proving a huge risk factor.

Her work involves addressing the complexities of promoting oral health and making sure that the workforce has the necessary and transferable skill set to enable it to meet current challenges.

She did see a positive, however, that the current crisis has taught many lessons. For example, the transferability of skills and how to move forward.

Nigel Carter is the CEO of the Oral Health Foundation. He described how the foundation addressed the problems of children’s dental health through its campaigns. He too warned that the reduced access to care under lockdown would have particularly severe consequences on deprived areas. Especially children, in whom decay advances more quickly.

‘As dental practices return to practice, there will be a need to prioritise children,’ he said.

Dr Carter is glad to see a real interest in water fluoridation. ‘It really is going to be a huge step forward and a huge health benefit. We will be increasingly supporting and promoting it,’ he said.

He did however believe that the COVID-19 crisis offered a special opportunity for the dental profession to review the way it worked.

‘Uniquely within the history of the NHS, during this period dentists are not being paid to drill and fill. So they have a unique opportunity to step back from their normal practice and move towards a preventive and outcomes related model rather than an output related model,’ he said.

Paediatric dental expert Professor Ferranti Wong agreed that he continued to see large numbers of children with dental decay. This problem had an impact not only in terms of pain, he said, but also in lost sleep. Also, time off school, and on parents missing work.

Figures from the Royal College of Surgeons showed a rise of more than 24% in extractions among under fours in the last decade.

While fluoride toothpaste has been with us since the 1960s, doing a good job, Professor Wong felt it had limitations. He welcomed the introduction of Biomin F. It contains not only fluoride but also calcium and phosphate to remineralise lost or damaged enamel.

He also believed that Biomin would have a valuable place in treating patients with developmental decay or enamel hypomineralisation (MIH), which causes acute sensitivity.

Anecdotally, some of these patients have benefited from using the toothpaste. ‘Biomin toothpaste might additionally be able to help with this sensitivity. This enables me as a clinician to treat the problem,’ he said. In response to a question about this later, he said he would like to see a controlled trial to prove these anecdotal impressions.

Professor Robert Hill of Queen Mary University of London, developed Biomin F. He is chief scientific officer at Biomin Technologies. He explained the action of Biomin F in releasing a low concentration of fluoride, calcium and phosphate ions over a sustained period to raise the pH in saliva. This enables it to form stable fluorapatite for tooth surface remineralisation.

Moving on to the particular issues with children, Professor Hill illustrated that children’s typical frequent ‘grazing’ eating style means that the pH in the mouth isn’t allowed time to return above seven. This causes the mouth to remain on the acidic side, causing tooth decay.

Shockingly, he warned that during the coronavirus lockdown, consumption of fizzy drinks and crisps had increased by 25-30% over the last three months. This had inevitable effects on tooth decay rates.

Professor Hill explained that thanks to the slow release mechanism of Biomin F, ‘we can have a caries preventive effect at much lower fluoride content (equating to approximately 540ppm)’.

Regarding the guidelines on recommending toothpaste containing fluoride, Professor Hill felt they had ‘some deficiencies’.

He said: ‘If you want to make the most effective use of fluoride, you also need a source of calcium and phosphate.’

Studies in the laboratory have shown that Biomin F, containing all three, had significantly higher remineralisation rates than other products (Figure  1).

Introducing new Biomin F for Kids, Professor Hill said it has the same active ingredient loading as the adult paste, but with child-friendly strawberry and melon flavours, packaging to engage children featuring ‘Bino’, and a range of materials to make brushing more fun, such as colouring sheets, stickers, and a brushing chart.

Questions followed, and in response to a query about how to engage parents and motivate children, Emma Pacey stressed that messages must ‘positively frame’  with  ‘no scare tactics’.

She added that explaining that ‘what’s good for teeth is good for tummies’ piggybacks neatly on broader health promotion messages. It gives people an additional incentive to change their behaviour.

She encouraged dentists to work in partnership with other local professionals such as pharmacists and local education workforces. ‘It’s not just about giving advice. It’s about supporting people through behaviour change after having that initial conversation,’ she said.

Professor Robert Hill responded to a question about further uses of the bioactive glass technology. He said that his team was looking into using it for varnishes, filling materials, and adhesives.

‘The bioactive glass has considerable promise in all these areas,’ he said.

Attendees at the webinar appreciated the interactive question and answer format. Hygienist Jocelyn Harding wrote on Facebook: ‘A great webinar on children’s dentistry. Thank you.’ Gilliano Wallis commented: ‘It was a great style, thoroughly engaging and enjoyable.’

The webinar was recorded and is available via the Biomin e-Academy (eligible for one hour of CPD) at biomin.co.uk/e-academy or via its Youtube channel (search Biomin Technologies Limited).

Moira Crawford: Moira is a freelance journalist and writes on behalf of Biomin.