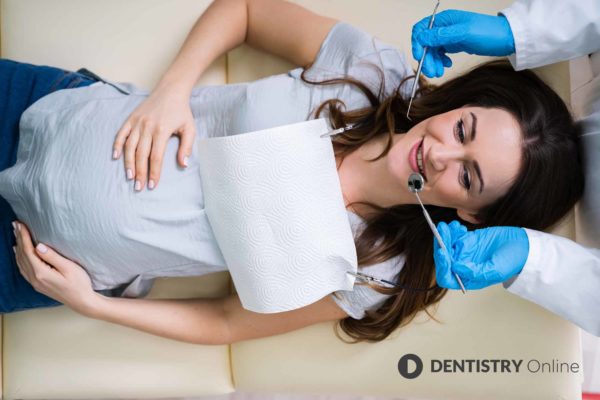 Dr Mike Heffernan explains the dental health challenges connected to pregnancy and how best to help your patients overcome them in a time of COVID-19.

In dentistry, we often hear about the phenomenon of mothers ‘losing a tooth for every baby’ and how ‘the baby took the calcium from my teeth and weakened them’.

With mothers-to-be finding it challenging to access dental care due to COVID-19 restrictions and the limited availability of NHS dental services, are new mothers going to suffer increased tooth loss?

There is a direct correlation between a mother’s dental health and her child’s dental outcomes in the future. With lower socio-economic groups suffering from higher rates of early childhood caries (ECC).

This potentially creates a domino effect in which a lack of NHS dental provision for mothers also damages the child’s dental health. As we know, this then has a negative impact on their general health in later life.

In the UK, the NHS provides free dentistry during pregnancy and for the first year after the birth. So there is clearly an awareness of and concern about oral health issues related to pregnancy. This includes both potential damage to a mother’s teeth and gums, as well as the child’s future health.

Damage to a mother’s teeth

When a woman becomes pregnant, her body’s hormonal balance changes dramatically. Although the mother’s bones do experience a removal of calcium, studies show that teeth are spared from a withdrawal of calcium and phosphate from within the pulp. However, the environment of the mouth does change in a way that causes mineral loss from teeth.

The demineralisation of a mother’s teeth can occur in a number of ways:

Clearly, some of these factors are natural parts of pregnancy and cannot be changed. This makes it all the more important to help change the environmental factors that can be influenced to prevent permanent tooth damage.

First, the dental team can encourage healthy eating and guidance on suitable snacks. It is also advisable to avoid brushing teeth for at least an hour after erosive events – such as morning sickness – and to use fluoride toothpaste.

Xylitol has been recommended during pregnancy. It can reduce the cariogenic reservoir of Streptococcus mutans in the mother’s mouth. This can be beneficial for her dental health.

What’s more, a number of mother-child studies have demonstrated that xylitol can help to avoid the vertical transmission of harmful bacteria to the infant. As a preventative method, this has been shown to have a long-term influence on the child’s future experience of caries.

These benefits include reductions in Streptococcus mutans. As well as improved caries experience for the child for anywhere between four and 10 years later, compared to controls.

Therefore, at a time of reduced dental appointments for mothers-to-be, the use of xylitol can be considered to have a significant beneficial impact on generational dental health.

Dr Heff’s Remarkable Mints contain xylitol but also have calcium phosphate and green tea extract. These have been shown by the dental school at the University of Illinois to remineralise teeth with early decay and tooth erosion better than xylitol alone.

The added benefit of neutralisation of acids by Dr Heff’s Remarkable Mints is ideal for times of reflux and morning sickness. As well as improving overall oral health throughout the day and at times when tooth brushing isn’t feasible.

The hormonal changes caused by pregnancy can also worsen gingival health. This can cause the gums to swell, redden and bleed because of greater vascularity and vascular flow. This is at its worst in the third and eighth months of pregnancy. It appears to be more noticeable around the incisors compared to posterior teeth.

This can result in pyogenic granuloma formation in around 5% of women, which can bleed readily but rarely grows greater than 2cm in diameter. However, this can be concerning and painful with ulceration. Often the granuloma heals spontaneously after delivery but may need to be removed surgically or with a laser.

The gingival response appears to be due to irritants rather than pregnancy itself. It highlights the need for maximising good oral hygiene.

With compromised gingival conditions, and an increase in nutrient-rich gingival crevicular fluid and an altered immune response all caused by pregnancy, studies have found that the subgingival flora also changes with an increase in gram-negative, anaerobic rods.

This may exacerbate any underlying periodontal susceptibility. Increased periodontal breakdown is found in pregnant diabetic women (compared with non-diabetics) and smokers.

Thankfully, the few longitudinal studies that have been carried out show no effect of ‘pregnancy’ on periodontal attachment levels. Inflammation in most pregnancies tends to be localised to the gingiva, rather than the alveolar complex.

In dentistry we are now aware of the association between periodontal inflammation and general health conditions. For example, diabetes and cardiovascular disease.

There are also concerns that gingival inflammation in pregnancy can also negatively impact the mother’s general health. It has been suggested that this might risk pre-eclampsia and pre-term birth with low birth-weight babies suffering from organ under-development.

It is also true that mothers can lose teeth and that their teeth can be permanently damaged by a loss of tooth minerals, albeit indirectly from pregnancy. This shows how these traditional old sayings first came about.

For all these reasons, dental teams should prioritise the support of expectant and new mothers. Particularly when considering where dental provision and care is most urgently needed.

This could be through virtual consultations to offer reassurance and oral hygiene advice. Or through recommendations of fluoride and xylitol products, such as Dr Heff’s Remarkable Mints.

Finding time for these preventative measures can achieve significant and long-lasting results – without the need for an ‘aerosol generating procedure’. Even better, you are helping two generations of patients at the same time!

Following FMC’s announcement Ken Finlayson and Tim Molony are climbing Kilimanjaro for Dentaid, dentistry has got behind the cause raising…