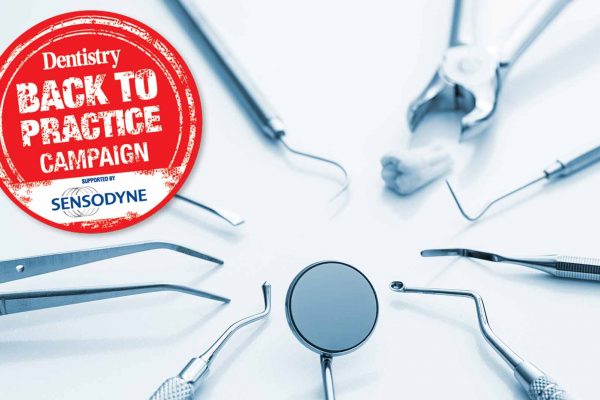 A dentist has warned ‘a tidal wave of dental disease’ is about to crash in Wales following calls for the government to provide better support.

At the end of last month, the chief dental officer for Wales, Colette Bridgman, released plans for a ‘phased’ return to practice.

Today, the chief executive of NHS Wales, Andrew Goodall, confirmed more dental care will be available from 1 July. Those with urgent care needs will be offered care first.

But in contrast, the country’s neighbours in England have been able to offer AGPs since Monday 8 June – so long as they have access to the appropriate PPE.

According to the phased guidelines, routine assessment and care in Wales are likely to be reintroduced in January 2021.

Dr Guy Laffan is the owner of Laffan Dental Care in Cardiff and Blackwood, Wales, and said the current situation is unsustainable.

‘As of July the 1st we will be in a ‘high amber’ phase of de-escalation in Wales,’ he said.

‘According to the newest guidelines we are still completely restricted. No AGP treatments are permitted. Additionally, there’s only a easing on our ability to assess patients face to face.

‘We can only resume dentistry as we know it when we are in the ‘green’ phase. Its implementation has currently been estimated as January. This is simply unsustainable when considering the immense backlog of patients that need all forms of treatment across our two sites.

‘It is a particularly difficult situation to accept considering that we are set up as strictly as all our local UDCs and also when our English neighbours are allowed to operate with much more freedom.

‘There is a tidal wave of dental disease about to crash. The governing bodies don’t seem to be rationalising the situation. They don’t even seem to be trying to empower the dental profession to help the thousands of patients who have been suffering for months.’

He added that dentists are well equipped to handle high risk infection environments.

‘Me and my team are willing and able to start active AGP right now. Yet we are being prevented by the inflexible guidelines,’ he said.

‘I just wish the dental teams could be empowered to make their own decisions.  We have had three months to risk assess, create and practice SOPs, write protocols, clean, de-clutter – you name it.

‘Since there is no sign of a vaccine, what is going to happen if there is a second wave? No dentistry for a year?  The powers that be need to plan things rationally and give more freedom to those prepared to help.’

During lockdown, UDCs in Wales have seen more than 11,500 patients, with dental teams providing more than 140,000 consultations remotely – either by phone or via video services.

Dr Trevor Ferguson is the clinical director of the West End Dental Group and a Welsh representative of the BAPD. He argues that private dentistry in Wales has been left in a ‘precarious’ financial situation.

‘Like England, Welsh practices were told to stop delivering AGPs on or around 23rd March,’ he said.

‘The difference between the two countries was that Welsh practices were still open in that they could see patients on triage. However, they had limited powers regarding emergency treatment. They could undertake dressings, extractions and prescribe antibiotics – but could not deliver AGPs.

‘These were instead delivered in 15 UDCs set up by the CDO around Wales. They are limited in terms of proscribed treatments; in effect, the extirpation of upper and lower anterior teeth. Initially all other teeth were extracted. This was then modified to include extirpations on premolar teeth.

‘Hundreds of patients had teeth extracted where this would not have been the case.’

Access to this data is not yet available. Dr Ferguson said this will be subject to a Freedom of Information request.

He added: ‘As many colleagues will know, modern dentistry throws up extremely varied emergencies.

‘This includes loose implants and crowns, broken orthodontic appliances, fractured dentures and bridges. None of these were treated at UDCs and they all require AGP.

‘Consequently there are hundreds – if not thousands – who have been in discomfort, unable to eat properly for weeks or months.

‘On 22nd May the CDO published the COVID-19 de-escalation plans. This was confused with plans to produce a new NHS contract reform.

‘More than 50% of dentistry in Wales is delivered privately. In the CDO’s document, private dentistry had scant reference while the rest of the document concentrated on NHS practices. The main point was that there would not be a return to normal dentistry until 2021.

‘The end of the furlough scheme in October, arriving costs to banks, PPE costs and other practice outgoings means practices that have less than 50% NHS commitment are in a dire financial state.

‘The precarious financial situation of practices means that the CDO’s plans could leave large areas of Wales destitute of dental delivery.’

Earlier this week, MP for Monmouth, David Davies, wrote to Vaughan Gething, the minister for health and social services in Wales.

He called for a revised approach to the reintroduction of dental treatment, arguing that dentists are in a strong position when it comes to preventing infection. Find out more about Dentistry’s Back to Practice campaign.