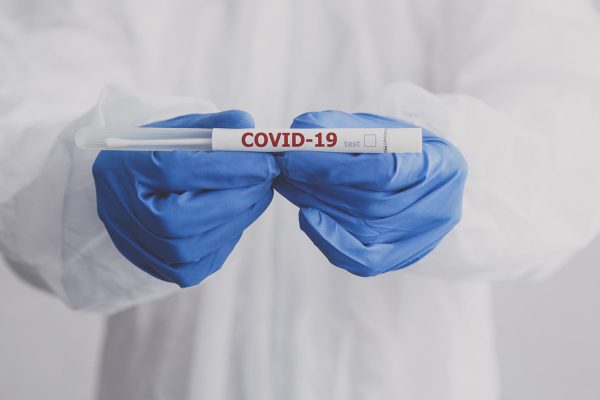 A dentist has paid for FFP3 fit-testing out of his own pocket in a bid to speed up emergency treatment – as a survey shows that almost two thirds of urgent dental care centres lack the appropriate PPE.

It reports that 54% of UDC sites say shortages are affecting operational levels. Additionally, it found:

Despite progress on making designated sites operational, shortages of PPE and a lack of training and fit testing leaves many teams unable to treat patients.

BDA chair Mark Armstrong says delays are undermining any progress made by the UDCs.

‘Many dentists have been redeployed, only to find their hands tied by a critical shortage of kit, and delays in training and fit-testing,’ he said.

‘The depth of these problems will fatally undermine any progress on getting this network up and running.

‘Patients are taking matters into their own hands, while desperate colleagues shop around for scuba gear in a bid to keep themselves safe. It is time for a genuinely national effort to get PPE to the NHS front line.

‘No health professional should have to risk becoming a super spreader simply to eke out supplies. The authorities should not be putting dentists, their families or patients in harm’s way.’

This comes as CDO for England, Sara Hurley, speaks out about the decisions made so far in the COVID-19 crisis.

Dr Shilan Shah is the principal dentist at Alexandra Dental in Hemel Hempstead, Hertfordshire, which has been operating as a UDC for two weeks.

He said he has had to pay for FFP3 fit-testing privately in order to get the hub up and running.

‘The testing has been very poor. Additionally, some of our staff have failed the fit-testing. There’s only one kit to cover the entire area from Birmingham to the east coast and no alternative option has been provided.

‘As all the PPE has been earmarked into the NHS supply chain, it’s just a waiting game.’

He spoke of a hospital-based dentist who has failed fit-testing four times, leaving them unable to proceed.

He added: ‘The protocol is not good – all area teams are disconnected.

‘There’s been millions set aside for the Nightingale but we only have three dedicated UDCs in all of Hertfordshire.’

Natalie Bradley is working in a designated urgent dental care facility at a community clinic in London.

‘Being one of the 54% of dentists who reported to this survey that the lack of appropriate PPE is hampering how we work in UDCs, I echo the concerns raised here by the BDA,’ she said.

‘It is worrying how behind England seems to be behind Scotland, Wales and Northern Ireland when it comes to how many centres are actually operating right now; it is no surprise that consequently desperate patients are having to resort to DIY dentistry.

‘What concerns me most is if patients are continually unable to access appropriate care, their urgent problem could escalate until it is a life threatening condition such as Ludwig’s Angina. Ensuring dental staff in UDCs are prioritised to receive the right PPE is crucial.’ From parachutes to PPE

A paragliding manufacturer has switched to making surgical masks and gowns in a bid to help the dental industry.

And after assisting the dental industry in Austria, it hopes to do the same for practices and UDCs in the UK.

Mr Jasperson said the masks and gowns are currently being mass tested and certified at a hub in London after talks with the NHS.

He said: ‘We don’t want dentists to go unprotected.’