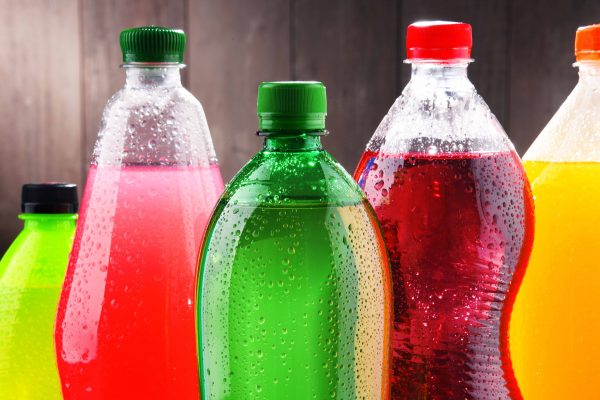 Drinking 100ml of sugary drinks every day could increase cancer risks by 18%, a recent study shows.

A French study looked at the impact sugary drinks, including 100% fruit juices, can have on adults.

It found the association with cancer is just as strong with fruit juices as it is with sugary drinks.

‘As usual with nutrition, the idea is not to avoid foods, just to balance the intake,’ Dr Mathilde Touvier, who led the research, said.

‘The recommendation from several public health agencies is to consume less than one (sugary) drink per day.

‘If you consume from time to time a sugary drink it won’t be a problem.

‘But if you drink at least one glass a day it can raise the risk of several diseases.

‘Here, maybe cancer, but also with a high level of evidence, cardiometabolic diseases.’

Researchers believe it could be that an increase in sugar causes more fat to be stored around our organs.

Due to the study being observational, it isn’t possible for researchers to say sugar is the cause of cancer.

‘Whilst there was some evidence for an association between sugary drink consumption and the risk of developing breast cancer,’ Dr Graham Wheeler, a senior statistician at University College London’s cancer trials centre, told The Guardian.

‘The same association was not found for colorectal or prostate cancers.

‘Further research into the biological mechanism between sugary drink consumption and specific cancers is needed to establish if one does indeed cause the other.’

Boris Johnson recently said he will review whether the sugar tax actually improves health if he becomes Prime Minister.

Mr Johnson says he will review whether ‘stealth sin taxes’ are successful in changing behaviour or disproportionately affect poorer consumers.

‘If we want people to lose weight and live healthier lifestyles, we should encourage people to walk, cycle and generally do more exercise,’ Mr Johnson said.

‘Rather than just taxing people more, we should look at how effective the so-called “sin taxes” really are.

‘And if they actually change behaviour.

‘Once we leave the EU on 31 October, we will have a historic opportunity to change the way politics is done in this country.

‘A good way to start would be basing tax policy on clear evidence.’