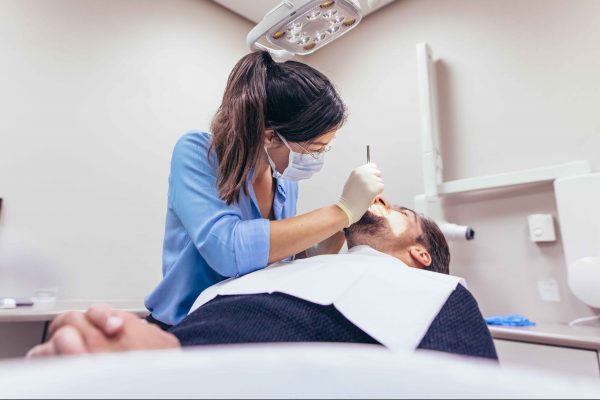 Michael Watson gives his thoughts on the lack of NHS dentistry in Portsmouth.

Stephen Morgan MP for Portsmouth South has demanded to see officials from NHS England in Westminster.

His move follows the revelation that three of the city’s NHS dental surgeries are to close next month, affecting at least 9,000 people.

A local newspaper has described the move as ‘a kick in the teeth’, saying that those affected ‘must have felt as though they had been abandoned by the NHS’.

The decision to close the practices was taken by Colosseum Dental, which is owned by a Swiss investment firm, following ‘long-standing recruitment difficulties’, which wouldn’t allow Colosseum Dental ‘to provide the high level of patient care the company aspires to’.

Mr Morgan told the newspaper: ‘There has been a serious lack of communication from NHS England.’

Closures and mergers of GP practices have been in the news over the past year, but they differ fundamentally from their dental counterparts.

Everyone is entitled to be registered with an NHS doctor in the UK; not so dentists, where there is no registration.

If a GP practice closes or merges then the NHS has a duty in law to find another practice willing and able to take on more patients and to ensure that patient records are transferred.

If a dental practice closes then, in the words of NHS England about the Portsmouth crisis: ‘Support is being offered for people to find alternative care where it is needed.’

The issue at hand is more profound: there is a fundamental shortage of dentists in the UK, which has been compounded through uncertainty that Brexit has created.

This has driven up salaries that dentists can command and hence made it unviable for many independents and corporates to continue provide consistent patient care.

While this matter is less pronounced in urban areas, it has hit the coastal areas in the south, resulting in dozens of practice closures over the past 24 months.

A GDS contract (but not a PDS agreement) has no time limit and, providing the UDA quota is delivered, NHS England must go on paying the money, a guaranteed return on investment.

Time to think outside the box

Another aspect where action is needed lies in the waste of human resources in these closures, associate dentists and other members of the dental teams who have now been made redundant.

Although the NHS only allows dentists to open courses of treatment, hygienists and therapists can do so within their scope of practice.

To do so would expand the numbers willing to take over contracts that have been handed back.

It is time for NHS England to think outside the box and use the funds released by the handing back of a dental contract to provide dentistry for their local population.

Instead they are hidebound by a bureaucratic system of competitive tendering.

Mick Armstrong posted on Twitter that they were ‘really pleased’ to see Stephen Morgan MP taking leadership ‘on a crisis made in Westminster’.

I wish them luck, but hope the BDA will broaden discussions from the iniquities of the 2006 dental contract and the ever-rising cost of patients’ charges, and pay some attention to the role of NHS England and its ways of contracting, in this sorry business.